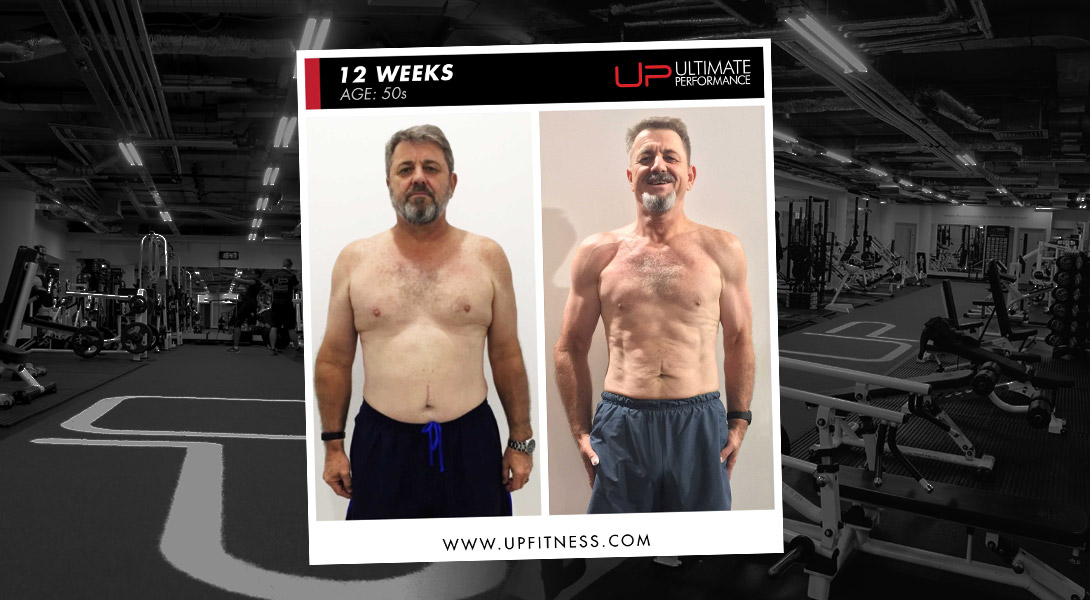 Jurgen Lost 20kg and Cut His Cholesterol in 12 Weeks

Jurgen was told he needed to lose weight by doctors.

The 53-year-old was given a stark warning that his cholesterol levels were too high and he needed to bring his weight under control.

It was this warning and the sudden death of his father that prompted Jurgen to take steps to regain his health.

The Dubai-based asset management company SVP had really struggled to lose weight in the past – but he was determined to overhaul his health with a body transformation at Ultimate Performance.

The father-of-two had the modest goal of losing 10kg, but his weight loss was almost double that when he completed his 12-week transformation.

Now his health, his fitness and his body are in better shape than ever.

“I lost almost 19kg in the 12 weeks and started to see some definition to my body and for me, it was eye-opening to prove that you can change your body shape after 50,” said Dubai Client of the Month Jurgen.

“The biggest benefits were gaining a better self-image, becoming healthier, being in better spirits and having better energy.” 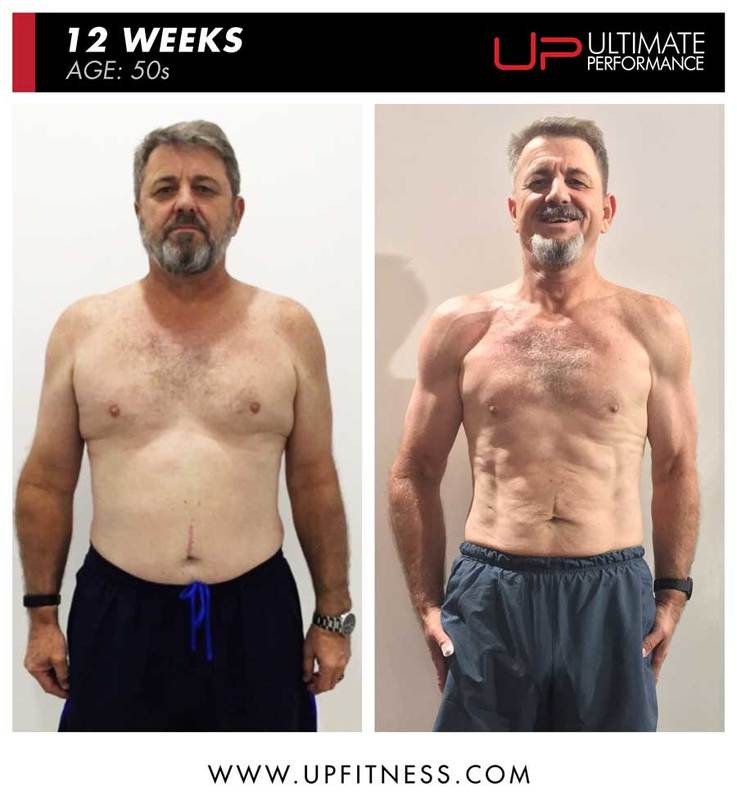 Losing Weight Was the Goal

Improving his health had been his number one goal when he signed up for the transformation programme at UP.

His aim was clear – lose some weight and bring down his cholesterol levels.

“My initial plan was to lose 10kg in 12 weeks, following the sudden passing of my father when I decided to become healthier.

“I was also struggling to lose weight following a burst appendix procedure.”

Diet was one of the main things that was holding back Jurgen’s health and stopping him being able to shed the excess weight.

International travel and a busy work schedule didn’t help either.

“My lifestyle was not the healthiest. I ate too many carbohydrates, too few vegetables, and portions that were too big.

“I ate infrequently and without a plan. I would eat things like burgers, steaks and fries. I used to run out of energy in the afternoons around 3 pm and would then eat.

Starting his 12-week transformation was a big step towards changing this – understanding nutrition, building healthy long-term habits into his lifestyle and getting his diet and his health firmly back under control. 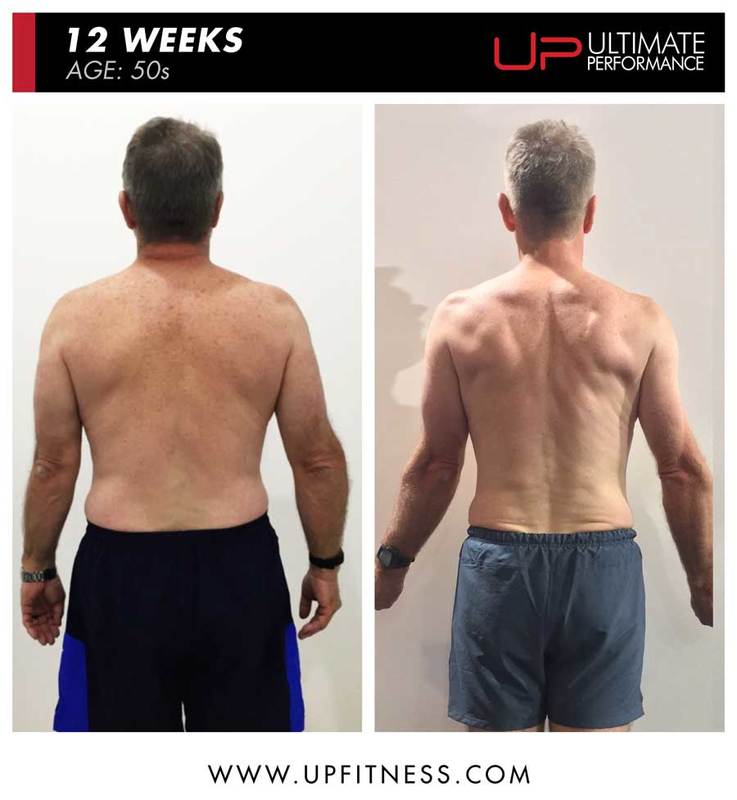 Working one-to-one with his trainer Laurent helped Jurgen learn the training and diet that worked best for his body and the weight began falling off.

After 12 weeks he had lost nearly 20kg and it showed in every aspect of his life.

“I was far more alert outside of the gym and no longer became tired in the afternoons, in the gym I had good energy levels.

“I became far more aware of what I was eating, watched my portion sizes, and started exercising regularly and strove to get more sleep.”

But it was the reaction of his doctor that was perhaps most telling at the improvement in his health in such a short space of time.

“I have been back to my doctor and the high cholesterol has disappeared completely and I am my cholesterol is now on the low side.

“My heart rate is also excellent, down to resting 56 beats per minute versus 71 before I started.

“The doctor was shocked and impressed by the transformation.” 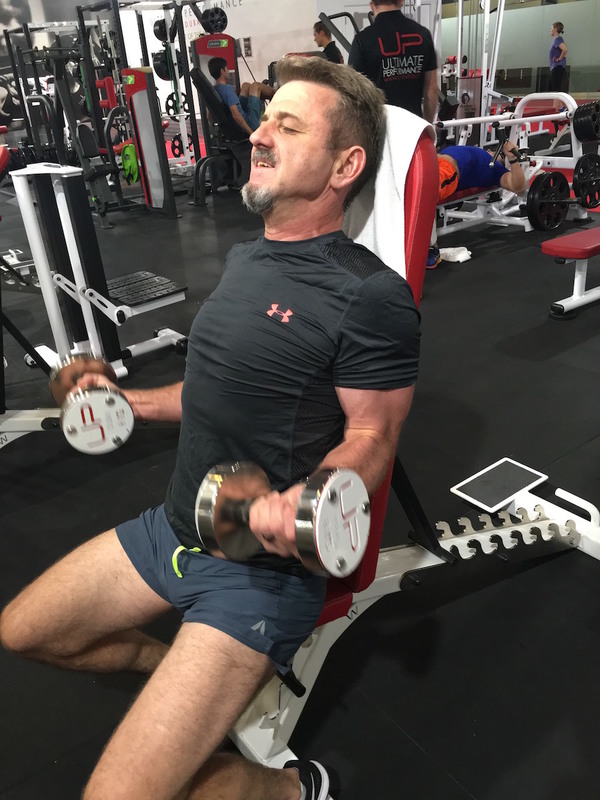 A diet that works

Jurgen said the training was tough and intense, but rewarding – and it helped him achieve the transformation results he wanted.

It’s the combination of the right diet and training which got him to his goal and beyond.

“The training was tough but rewarding and as with all things worthwhile one needs to find time to do it.

“With all the travel I did, and the fact that I am an early riser, it means a lot of early mornings away training, as well ensuring that I was walking a lot.

“The biggest lesson is that diet is a very important part of the transformation – probably 80% –  but it must be coupled with exercise to make it work.”

Jurgen was impressed with the results and has seen the effect that training and nutrition can have on his body and his health – even at 53.

“I have signed up for another 12 weeks to continue the transformation but also, I am also far more aware of what I eat.

“I would definitely recommend UP, the atmosphere is very good and everyone is friendly, I also benefitted from having an exceptional trainer.

FIND OUT MORE ABOUT OUR PERSONAL TRAINING PLANS HERE 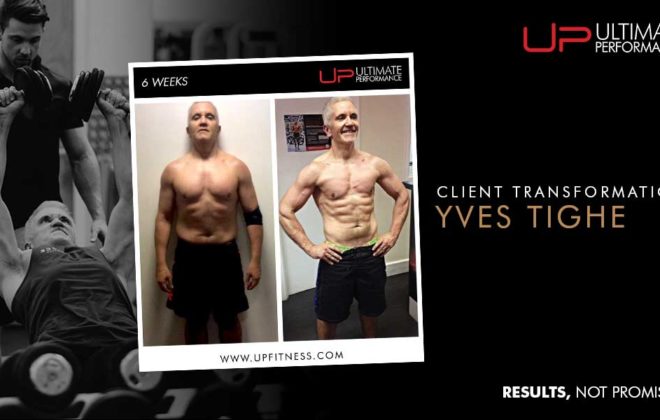 City Worker Yves Got Abs in Six Weeks at 52 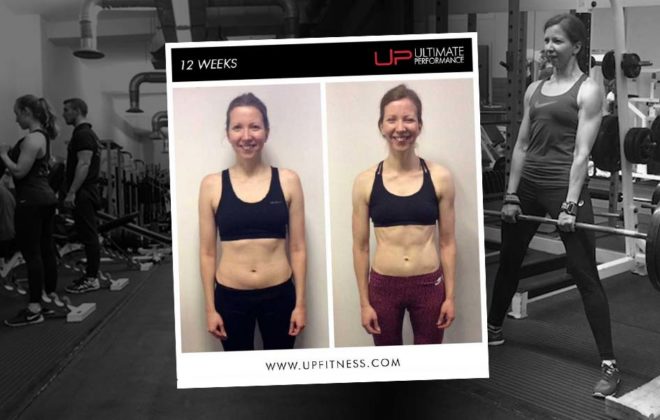 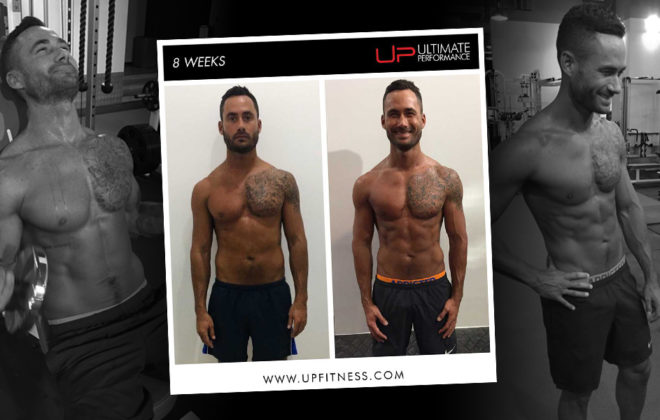 Woody Gets Lean and Muscular New Body In 8 Weeks