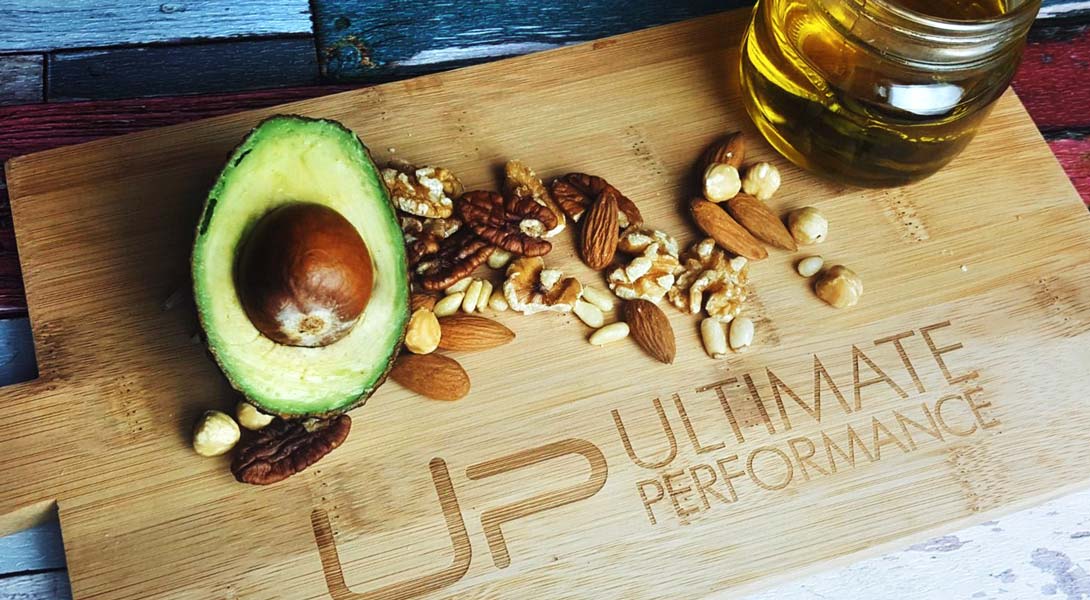 Is a High Fat Keto Diet the Secret to Better Fat Loss?

What do fat loss, epilepsy treatment and Camembert cheese have in common? The ketogenic diet.

Yes, the high-fat diet that has been successfully used to treat epilepsy in children is now being used to optimise body composition. Insulin-resistant people rejoice!

If you enjoy eating things like bacon, eggs and avocados, we may be on the brink of a sublime fat loss solution.

But consuming 75% of your calories from fat is easier said than done. This diet is certainly not for the faint of heart. 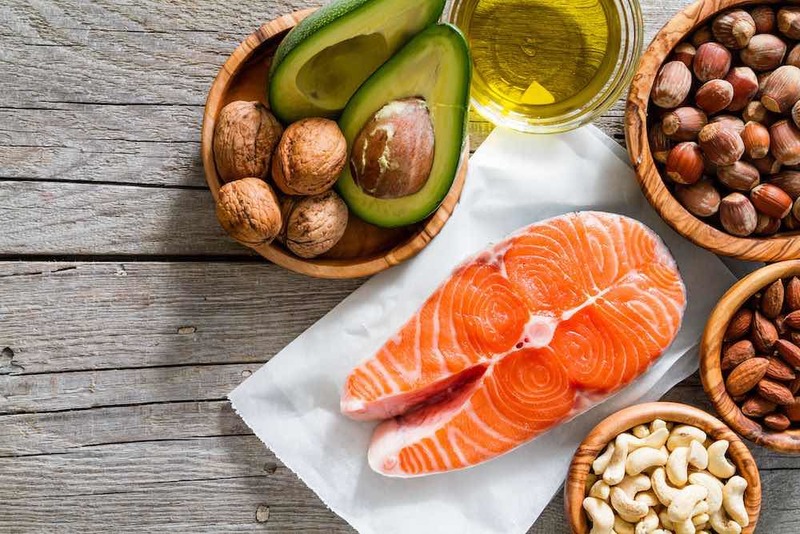 The 90’s were a decade of scare tactics and warmongering… the war against dietary fat, that is.

People were told to fear dietary fat, that eating more than a few eggs per week would be like putting one foot in the grave.

Privileged consumers all over the world quickly chucked their shopping baskets filled with eggs, milk and bacon, for things like fat-free yoghurts pumped full of added sugar in whimsical flavours like “strawberry cheesecake” and “key lime pie”. They did it confidently, and foolishly.

Thankfully, in the 21st century, we’re educated enough about nutrition to understand that eating food with cholesterol will not raise our cholesterol.

We no longer tremble at the sight of butter or cream. In fact, the needle has shifted to the opposite end of the spectrum with the increased popularity of high-fat diets. 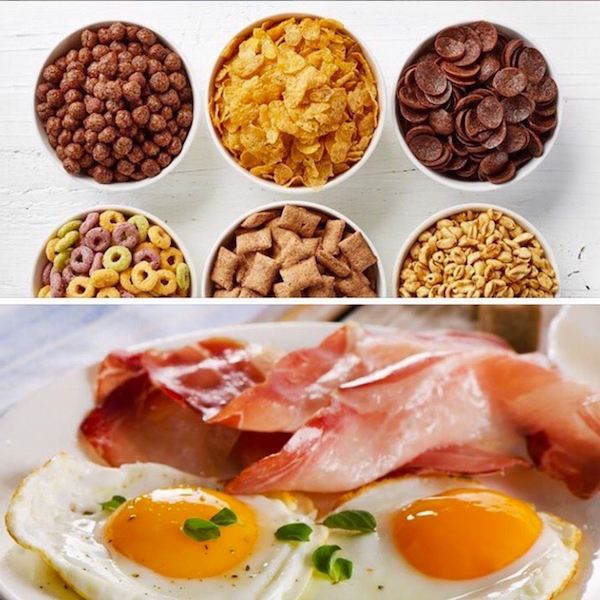 Ketosis: The nuts and bolts

Following a diet whereby you devour fats all day (including bacon, cheese, and other high-fat indulgences that previously you might have stored alongside the rat poison) may feel unnatural for fat loss – like voluntarily jumping off a rocky cliff blindfolded.

Thankfully, right under that cliff is a huge trampoline waiting to propel you upwards and prevent you from plummeting to a painful and brutal end. That trampoline is ketosis.

Ketosis is the metabolic state in which the body switches its primary fuel source from carbs to fat and ketones. We need energy to function and survive, and our bodies usually get most of that energy from glucose.

We eat carbs and protein, the carbs and excess protein break down into glucose, and the glucose contributes to the creation of ATP, which fuels us.

If there’s any excess glucose, it’s converted to glycogen and stored in either our muscles or liver. If we already have enough stored glycogen, excess glucose is converted and stored as fat. This is why when our hand reaches down into a biscuit tin that was full just hours before only to meet its cold steel bottom, we have not successfully fueled our bodies. We have successfully fueled our waistlines.

So what happens when we stop eating carbs, and our glycogen stores have been sucked bone dry? Thankfully our bodies have the mind-blowing ability to completely switch metabolic pathways. When carbs are minimised, and I mean really minimised, ketones are used as an alternative source of fuel.

We break down fats into fatty acids, which then are burned off in the liver to create ketones. These ketones can then fuel our brain and muscles. To simplify it, when there’s a carb drought, ketosis steps in and we use both stored fats and consumed fats as energy to survive. 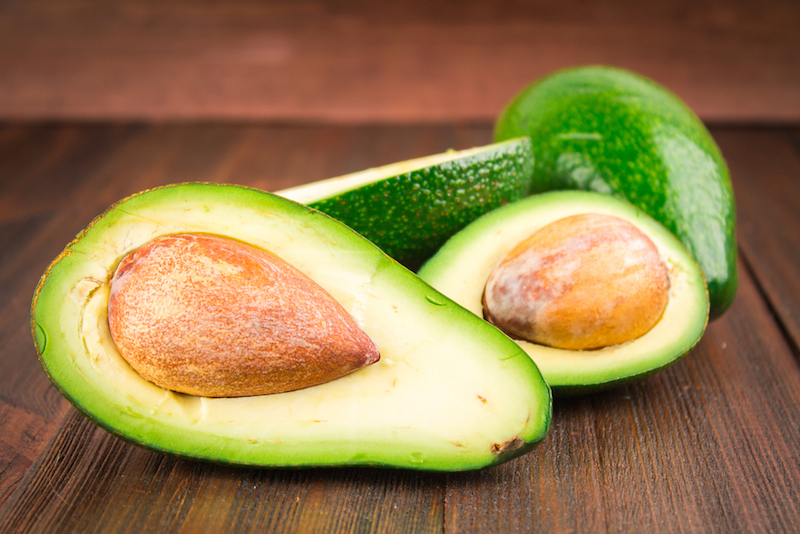 Should you jump on the bandwagon?

The main idea behind the ketogenic diet for fat loss is to use body fat as fuel. The goal is to eat so low carb that we force our bodies to break down our own fat in order to function.

Proponents of the ketogenic diet argue that you can lose more fat eating the same number of calories on a ketogenic diet versus a moderate or high carb diet.

On the ketogenic diet, with carbs low, our bodies need to use glycerol from fatty acids in order to produce glucose (but under normal circumstances it doesn't use the fatty acids themselves).  Producing glucose from glycerol is fairly inefficient, meaning our bodies have to break down a lot of fat to get a little glucose.  Anytime our bodies do something inefficient it uses more calories than doing it the efficient way.

Sounds good to me…

How to set it up

Mustering the willpower to push aside the bread basket at your favourite restaurant does not make you a keto aficionado. The ketogenic diet is different from other low carb diets in that your glucose levels have to be so low that you have to moderate even the amount of protein that you consume. With 40% of calories coming from protein, protein will convert to glucose once consumed, which is not keto friendly.

In order to reach ketosis, you need to meet these macronutrient ranges:

It goes without saying that even on the ketogenic diet, if your goal is to lose body fat, you will need to maintain a negative energy balance. 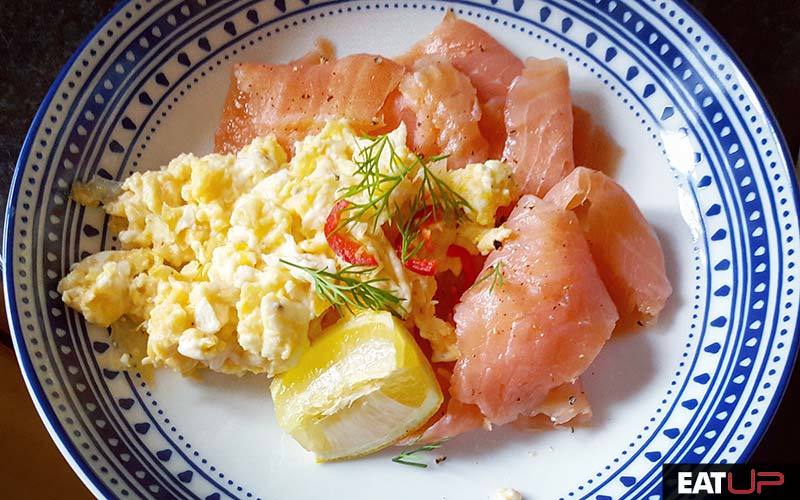 As you might expect, you won’t see bread, pasta, rice or oats on any keto menu.

The only fruit you’ll be eating on this diet is avocado, and even nuts need to be monitored as they can sneak in an unexpectedly high number of carbs. Like with all diets, processed foods are not recommended.

Fats: When it comes to types of fat to consume, anything goes. It’s recommended that you consume a mixture of saturated and monounsaturated fats. Things like coconut oil, which contains medium-chain triglycerides (MCTs) help keep ketone levels high. So long as you’re keeping your carbs in check, if you want to go as far as swigging bacon grease to get your fat in, you won’t be the first.

Protein: Grass-fed and hormone-free varieties are the go-to here. Other than that, if it once was alive and now isn’t, you’re good to go, within limits.

Vegetables: This isn’t a diet that allows you to eat veggies to your heart’s content. Most of your vegetables should come from leafy greens like lettuce, spinach, and bok choy. You can also fit in some asparagus, cauliflower, and broccoli. As a rule of thumb if it’s a colour other than green, avoid it.

Fruit: Avocado. I wasn’t joking…it’s really the only fruit you can have. 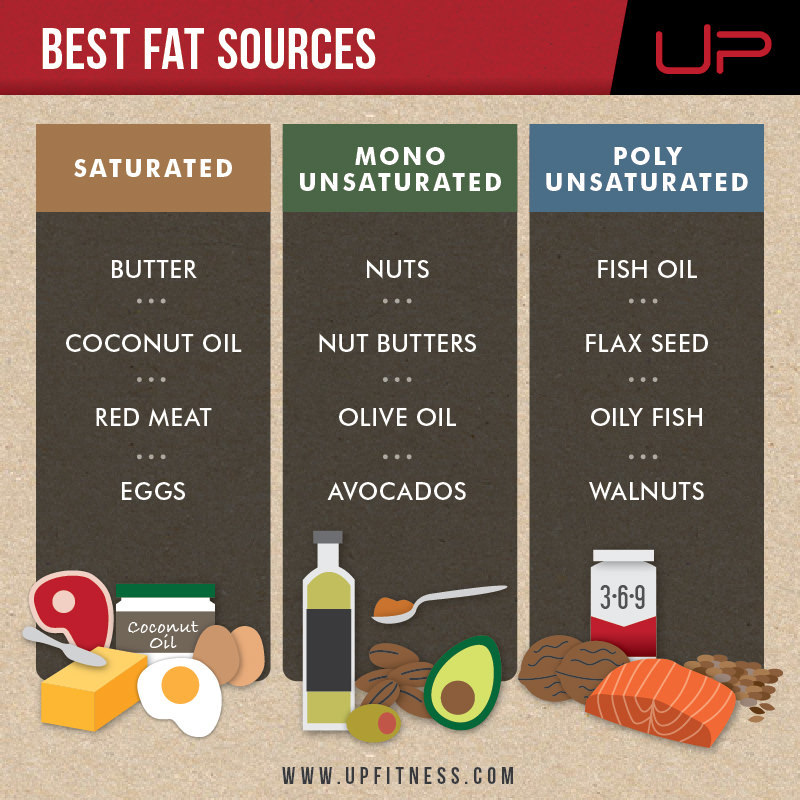 Is there a metabolic advantage?

Does a calorie equal a calorie? That’s the main question underlying the debate on the effectiveness of the ketogenic diet for fat loss. Can we achieve positive body recomposition while eating the same number of calories on a ketogenic diet?

Like almost everything in the fitness and nutrition industry, the answer is not cut and dry. It depends very much on the individual.

If you’re dieting, yet your subscapular skinfold measurement won’t budge, and your fat is clinging to you like a leech, you may be insulin resistant. The keto diet may be a good option.

If eating a huge bowl of cereal before a workout gets you a pump so massive you feel like you’re going to rip through your shirt, carbs are your friends. You certainly still could opt for the keto diet, but you could also most likely lose fat while eating carbs. At least that’s what research is telling us. 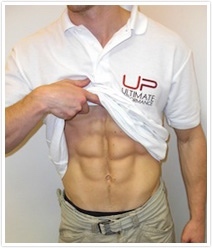 The proof is in the pudding

Since we’re all unique, testing out the diet for yourself is the best way to see if it will be effective for you. But in case you have any doubts, there is substantial scientific evidence that when keeping calories constant, the ketogenic diet can lead to greater fat loss than higher-carb diets.

Scientists have recognised the positive effects of ketones for fat loss for a very long time.

A study was conducted on obese people back in 1971 by Charlotte Young, Ph.D., from the American Society for Clinical Nutrition.

Three groups of moderately obese young males were studied for a period of nine weeks.

They were divided into three isocaloric and isoprotein groups. The only difference between the diets of the three groups was the amount of carbs and the amount of fat to make up for the caloric differences that were consumed.

The participants consumed 100g, 60g or 30g of carbs per day. Weight loss and fat loss were inversely related to the amount of carbs consumed across the board.

Young also detected higher levels of ketones in the urine of the participants who were eating only 30g of carbs per day.

Fat loss for individuals who are in shape and athletic is a whole different ball game. Bodybuilders are generally concerned that cutting their carbs will affect their gains.

But according to the International Society of Sports Nutrition, it won’t. Two groups of resistance-trained and semi-fit men were put on the same training schedule. Half of them followed a 'Western diet' (55% carbs, 25% fat, 20% protein), and the other half followed a keto diet (5% carbs, 75% fat, 20% protein). Both groups consumed the same number of calories. After 11 weeks, not only did participants in the keto group lose more body fat, they also gained more lean muscle mass. 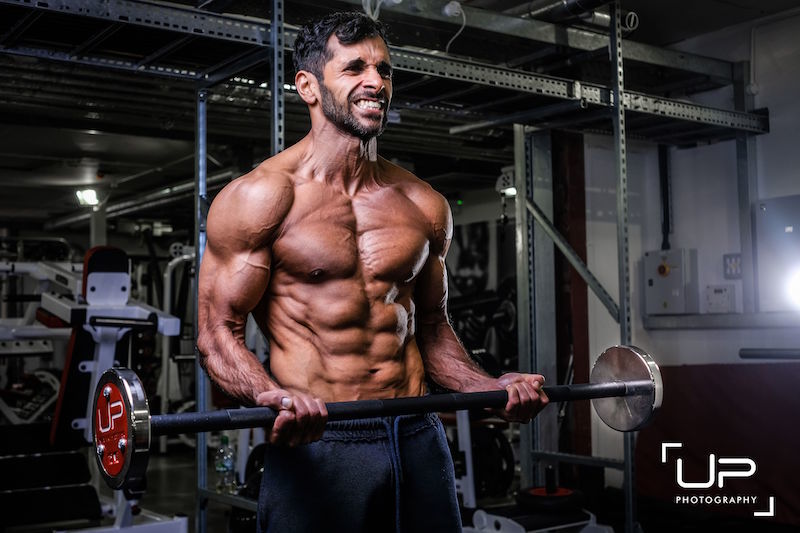 There are a few downsides to the ketogenic diet, apart from the glaringly obvious one being that it prohibits face stuffing of pizza, cupcakes, and many of my other favourite things: 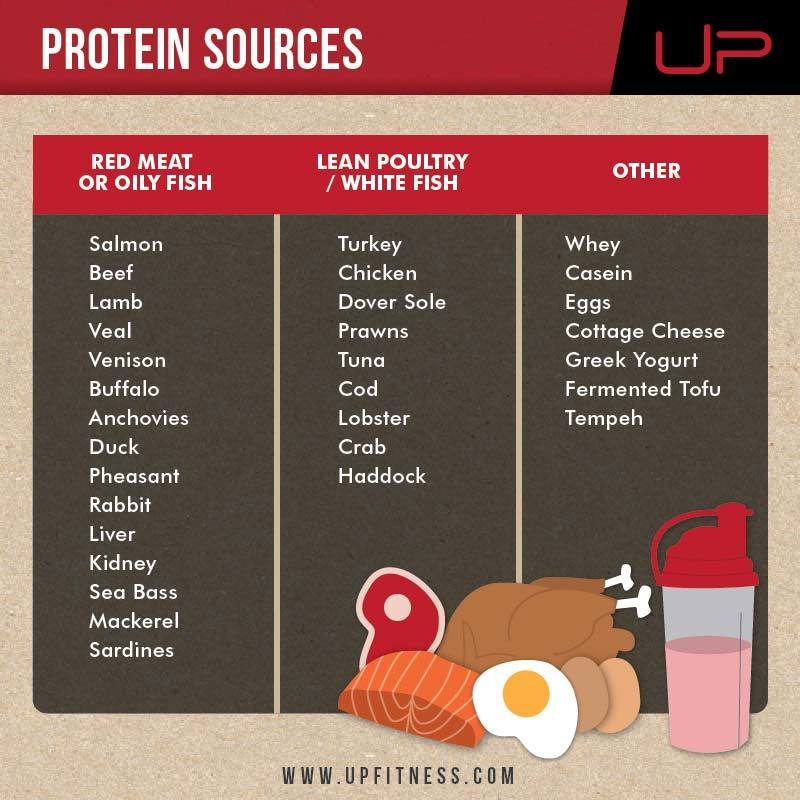 The ketogenic diet is most likely here to stay. Unlike other fad diets, like the lemon and cayenne pepper diet which further engrained yo-yo dieting and binging habits in First World women across the globe (because literally starving yourself is clearly a revolutionary and highly effective fat loss method), the ketogenic diet is based on science.

It’s also currently as trendy to the fitness world as kale and açaí are to the pseudo-hipsters who wear beanies, even in the dead-heat of summer. If you haven’t tried keto on for size, maybe give it a go (unless you’re a complete and utter carb bitch, and cramming yourself full of bagels and pancakes just makes your abs really pop – in which case, the rest of us hate you on the inside. Just a little.)

Just remember to do the proper phase-in and phase-out.

If you're looking for a diet and nutrition plan that can bring you maximum results in minimum time, simply enquire below and see how Ultimate Performance could help you reach your goals… 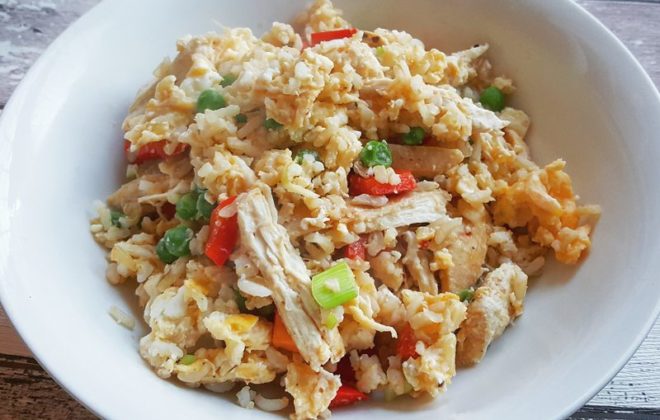 Healthy 3-Ingredient Meals That Are Easy and Delicious 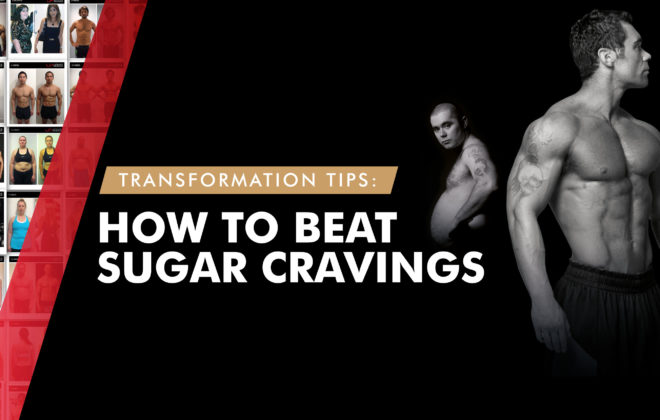 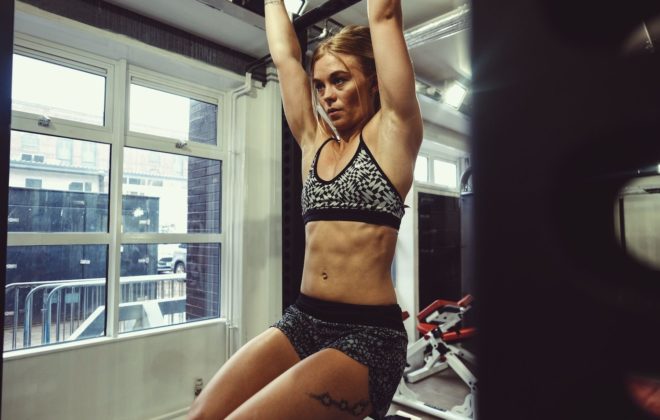