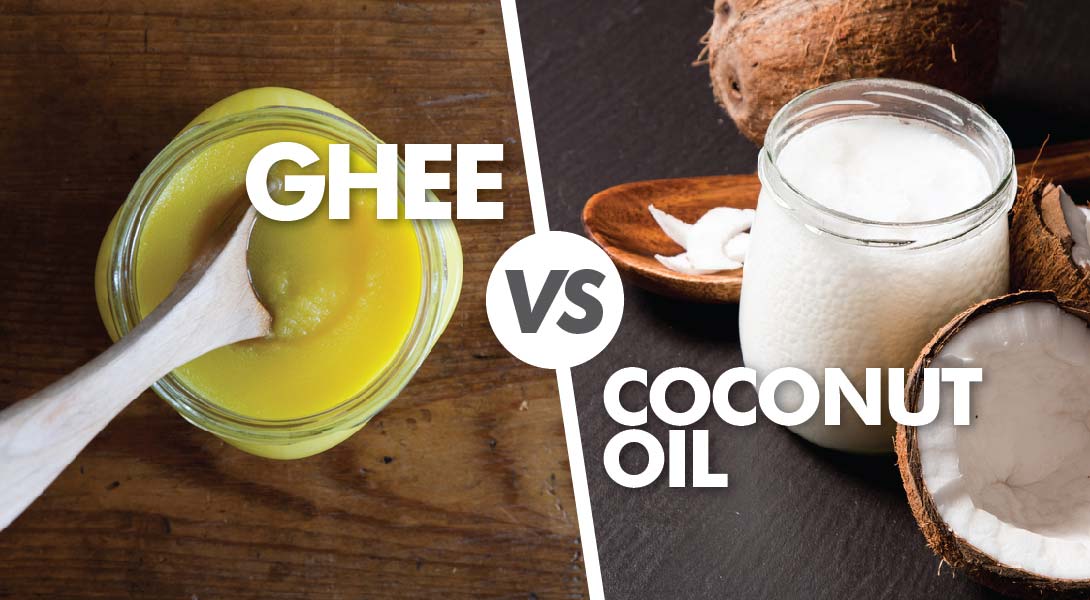 What if we told you that you’ve been missing out on an incredible nutrient-filled fat source that could just be superior to coconut oil and has been around for thousands of years?

Let us introduce you to ghee butter. If you are familiar with Indian cuisine then you may already know all about the benefits of this ancient source of fat.

Ghee butter was originally used in ancient India and was and remains central to their culture. It was most commonly used in Ayurvedic medicine and is held in the highest regard for its rejuvenating qualities.

Nowadays you’ll find it used noticeably in Indian cuisine as not only is it used for its health benefits, it’s also incredible for cooking with and provides a distinctive sweet and nutty flavour.

The benefits to ghee are countless; here are some of our favourites: 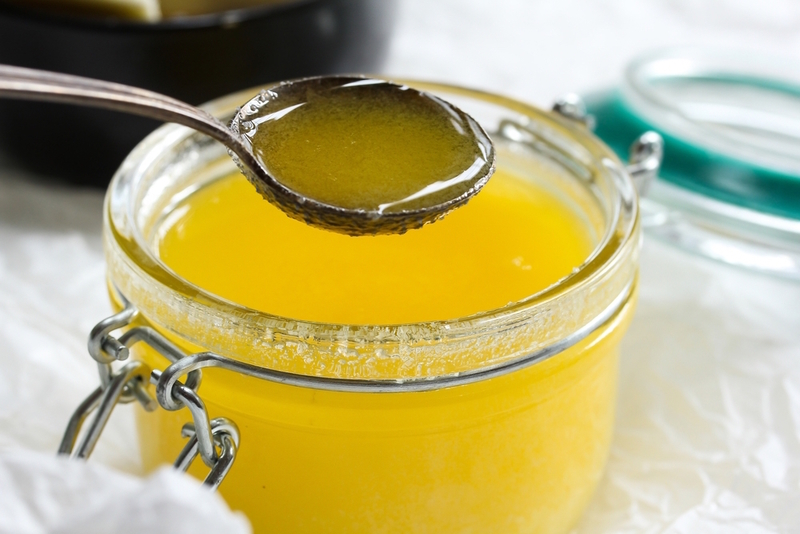 Ghee is abundant in butyric acid, or BA as it’s more commonly known, which is a short-chain fatty acid that is a key component in healthy gut function.

BA can be consumed through food, but your body can also create its own BA. It has numerous benefits yet seems to be difficult to consume through most modern day foods and diets. 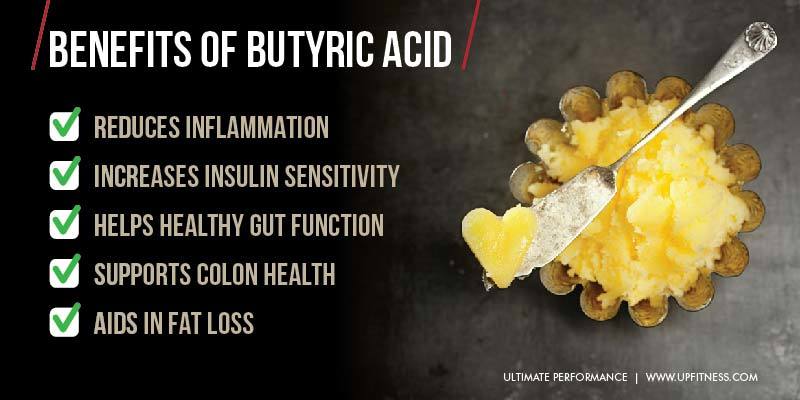 Ever wondered why it was called butter? Butyric acid gets its name from the Greek word for butter!

You can also naturally increase your body's ability to produce more butyric acid by consuming prebiotics such as some kombucha teas, raw jicama or underripe bananas as these foods are high in resistant starches which will increase short-chain fatty acids within the gut. 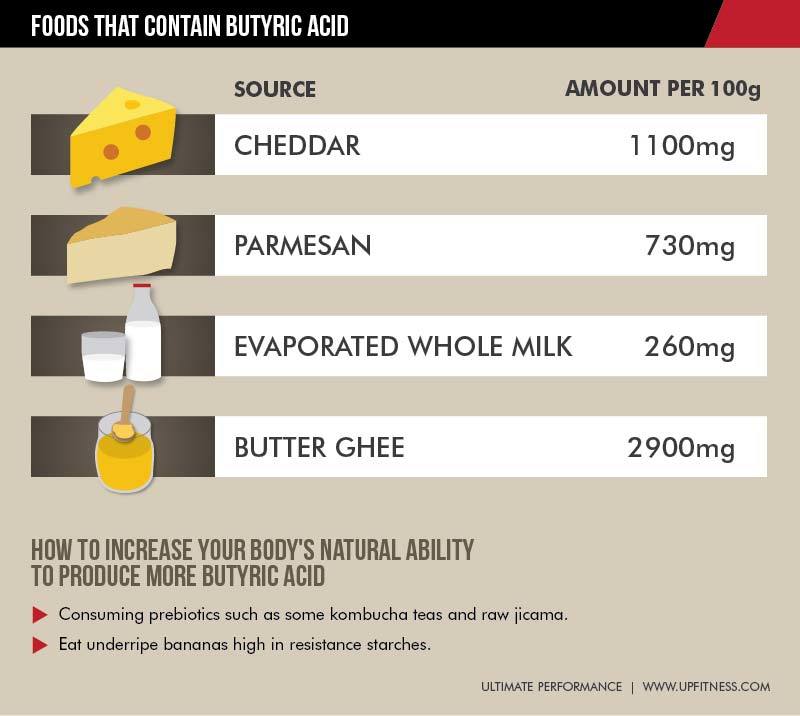 The gut bacteria will ferment fibre in your colon (large intestine) and provides the main source of energy for the cells lining your colon which makes them essential for colon health. (2)

Research done in those with issues within their digestive tract such as Leaky Gut Syndrome (LGS) and Irritable Bowel Syndrome (IBS) discovered that these people do not produce their own natural BA, and when supplementing with this key ingredient found that abdominal pain was significantly reduced. (3)

Inflammation is our body's self-protection system – it is our biological response to harmful or damaging stimuli like pathogens or damaged cells and helps begin the healing process.

Your body does this by sending out white blood cells to clear any sign of infection and damaged tissue, ever had a cut or a splinter and noticed the area becomes red and swollen? That’s inflammation at work healing the site.

However prolonged 'chronic inflammation' in the body, which can be triggered by a host of things like obesity, poor diet, lack of exercise, stress, smoking, pollution and excessive alcohol consumption, can lead to numerous chronic diseases and conditions like atherosclerosis, arthritis and Crohn’s disease.

Inflammation can happen in the lining of your gut too from foods that you may be sensitive to.

If you’re consistently eating foods that irritate your gut or you have an intolerance to, this can cause a constant immune inflammatory response which never gets chance to clear.

This build up of inflammation within your gut can lead to the aforementioned Crohn’s disease which is caused by chronic inflammation of the GI tract.

If you’ve ever noticed your stomach is consistently looking a little red and swollen, getting the anti-inflammatory benefits of ghee butter and BA may be imperative. 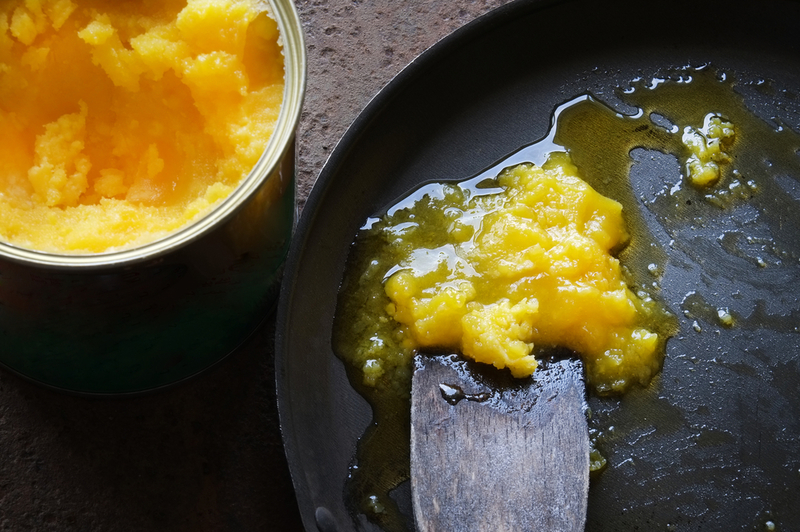 Ghee contains fat-soluble vitamins A, E and K. A low intake of dietary fat will greatly affect the absorption of these vitamins as they can only be absorbed with dietary fats. This can lead to a deficiency in these important vitamins.

Having a more significant level of vitamin A will support the immune system and play an important role in vision and bone development. (7)

Vitamin E is best known for its antioxidant properties and can help combat neurodegenerative diseases like Alzheimer’s and Parkinson's disease.

Antioxidants do this by neutralising the free radicals generated from the environment and the lifestyles we lead. Environmental and lifestyle factors that produce free radicals include air pollutants, tobacco smoke along with fried foods and alcohol. (8)

Studies have shown that low levels of Vitamin K are linked to increased inflammation, fractures and bone pain which makes it imperative for maintaining bone health. But it's just as important for helping to prevent cancer development and heart issues. (9)

The high level of vitamin K found in ghee butter is all the more reason to get this into your diet – not to mention that it is also rich in omega 3-6-9 which has countless benefits including;

Ghee butter made from milk from grass-fed cows will contain high levels of conjugated linoleic acid (more popularly known as CLA). If you're not aware of the benefits, studies have shown that CLA can significantly reduce body fat and prevent weight gain through increasing our metabolic rate and its ability to help increase lean muscle mass. (12,13,14)

If we also consider that ghee butter is a source of medium-chain triglycerides (MCTs) we get even more fat loss benefits. Why is this? MCTs are unique and aren’t metabolised in the same way as other fats or carbs.

Consider, as an example, regular long chain triglycerides (LCTs) likened to a fruit – an orange for instance, and MCTs being more like orange juice. If you were to eat an orange it would take a lot more work to break down and consume as opposed to orange juice that you can just drink without any effort, barely thinking about it.

The way your body deals with MCTs is a lot like the orange juice as MCTs are lot easier and quick to absorb!

Studies have shown that compared to LCTs, which are found in most dietary fats such as fish, nuts, avocados etc, consumption of MCTs, resulted in a greater loss of body fat and a greater use of body fat as fuel. (15) 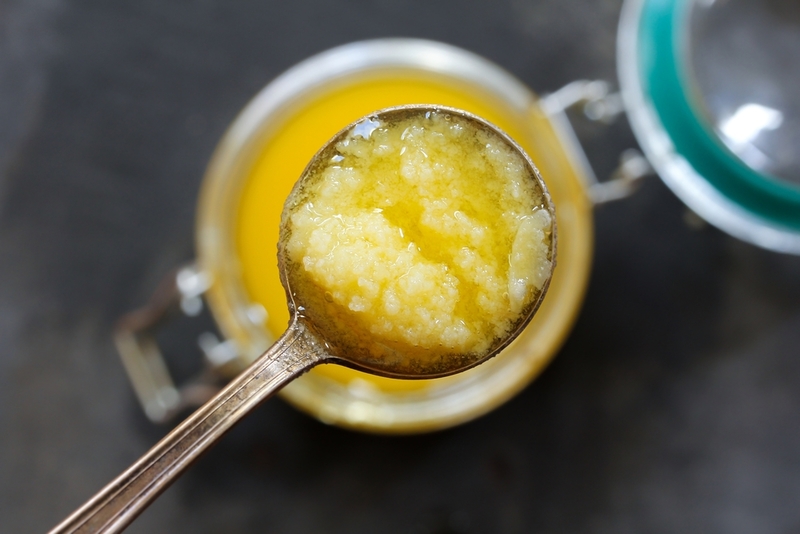 Ghee Is For Everybody

During the process of making ghee, all milk solids and moisture are removed and the small amount of lactose and casein within the butter is also removed meaning the majority of individuals with a lactose or casein intolerance have a little to no issues when consuming ghee butter.

What Ghee Has To Offer

Coconut oil has been the go-to healthy fat source of late and for good reason – like ghee, coconut oil is made up of MCTs and is also well known for its antioxidant properties.

But could we have found a new favourite that is, in fact, superior? 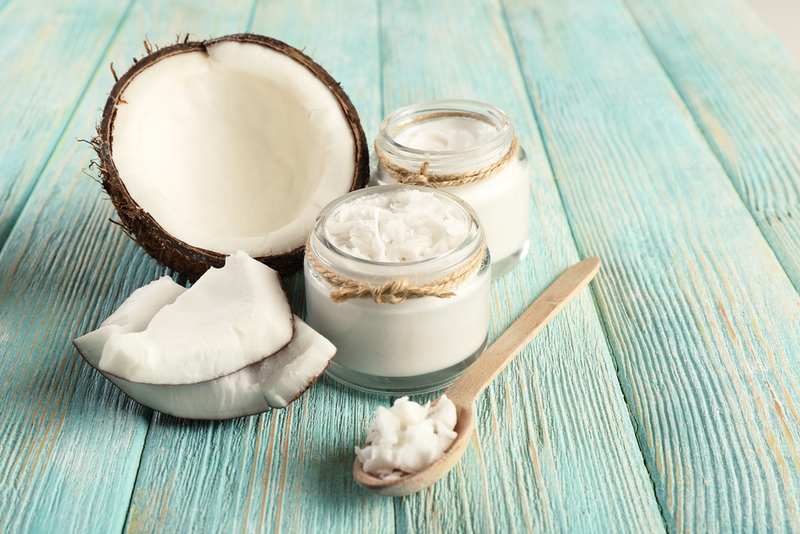 1. Coconut Oil Doesn’t Have Vitamins A, E or K. Nor does it contain CLA

We mentioned earlier how many benefits these fat soluble vitamins have, along with the metabolism boosting, fat burning components of CLA which are found in ghee. Unfortunately, coconut oil does not possess any of these.

You don’t find BA in many foods and this includes coconut oil. On the other hand, BA is one of the main components in ghee that makes it so special.

Ghee has a higher smoke point than coconut oil. Why is this important? Well, when fats are heated past their smoke point, the fat breaks down and releases free radicals which can destabilise and damage cells in our body.

When there are excessive free radicals it creates oxidative stress and studies have shown that oxidative stress plays a role in the development of conditions including cardiovascular diseases, Alzheimer's, Parkinson’s and many others. (16)

The higher the smoke point, the less risk of releasing free radicals and the more versatile the oil/fat is! 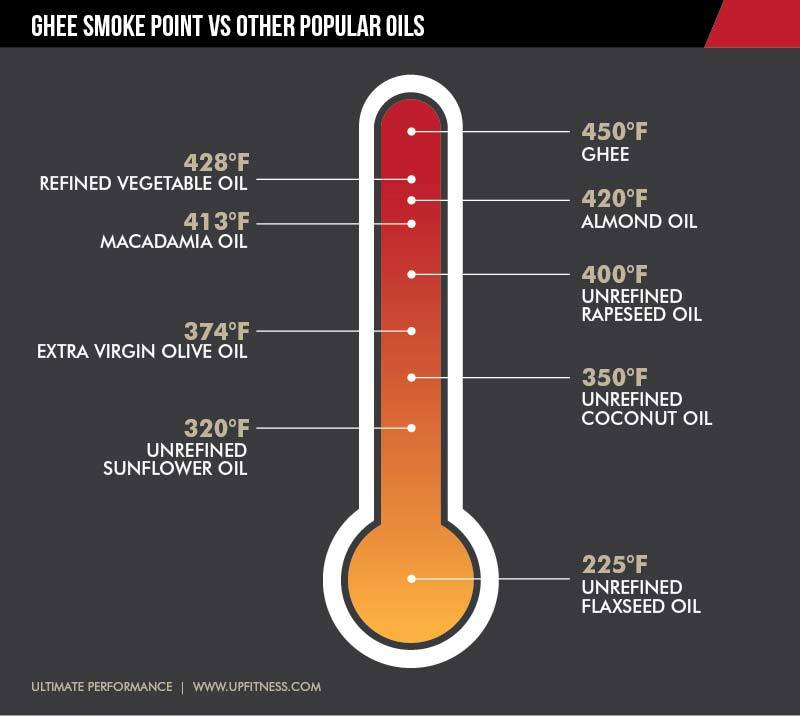 4. Coconut Oil Is An Acquired Taste

Speaking of versatility, coconut oil doesn’t always mix well in dishes like ghee can; due to the sweeter tasting nature of coconut oil, it’s not always the favoured choice for dishes that are of a more savoury nature.

The nutritional profile here lists the breakdown of all the nutrients that ghee butter has to offer.

We can clearly see that it is rich in omega 3-6-9 fatty acids and contains the fat-soluble vitamins A, E and K which provide many benefits as mentioned before. 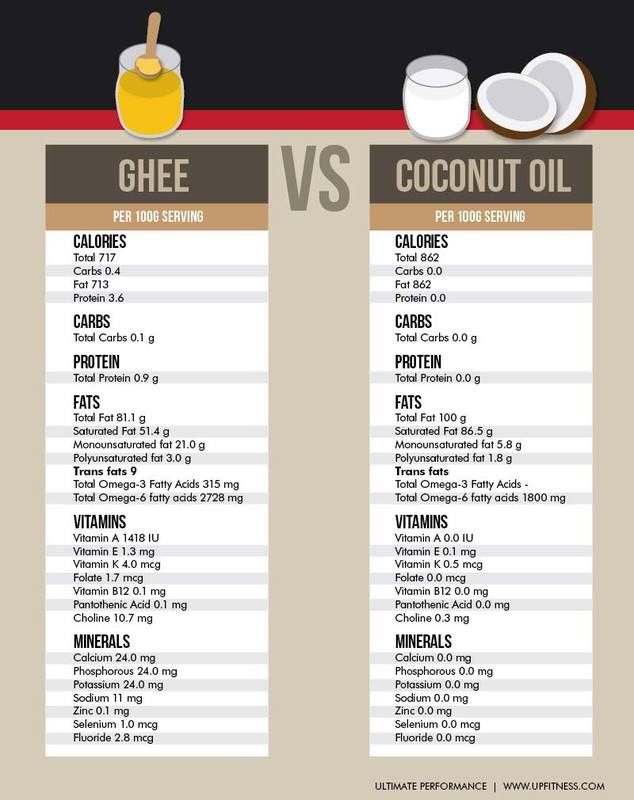 This all sounds great, but what’s the catch?

There are plenty of incredible benefits to ghee as we’ve discussed above, but you will need to be careful when it comes to portion sizes and implementing it into your current diet.

When using ghee, it is, therefore, advisable to replace rather than add to your current oil/fat consumption.

The main issue is that adding rather than replacing fats in your current diet is that it will add quite a few calories (around 110-120 calories per tablespoon) to your daily calorie total.  Although there are fat burning properties within ghee, this doesn’t mean it won’t push you into a caloric surplus if you’re a little too extravagant with your new favourite fat source!

Another consideration would be your response to the additional saturated fat in your daily diet.

Everyone will respond differently to increased levels of saturated fat, so ensuring you consume ghee in moderation you should have few or no issues at all and replacing rather than adding will help you avoid those additional calories.

Ready to experience all the benefits ghee has to offer?

There are plenty of great ways to use ghee – including using it to sauté meats and vegetables; the rich nutty taste will bring out an amazing flavour. You could even use it within a recipe that calls for any specific cooking oil.

Baking some healthy treats? Swap out your traditional butter for ghee to reap the benefits!

Or you could try one of our personal favourites; add a spoonful to your coffee and blend it up to make a powerful pre-workout!

The caffeine kick from the coffee along with the rapid availability of the MCTs creates a match made in heaven and you’ll have the ultimate pre-workout beverage on your hands. 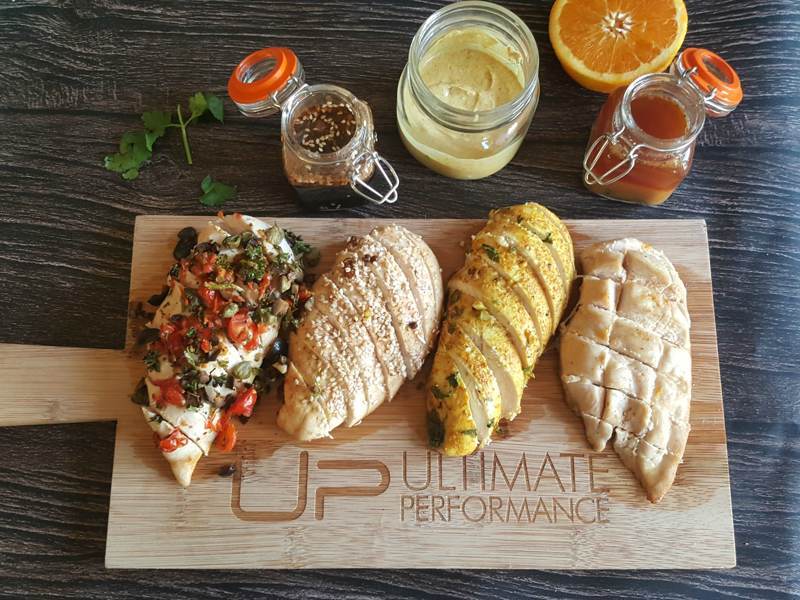 If you want mouth-watering and diet-friendly recipes, subscribe to the Eat UP Newsletter here. 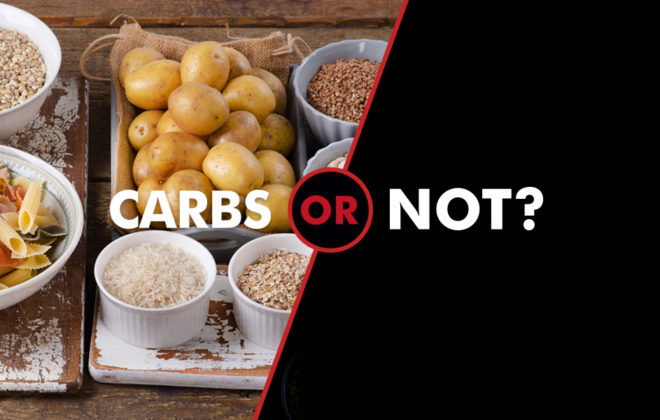 To Eat Carbs or Not? 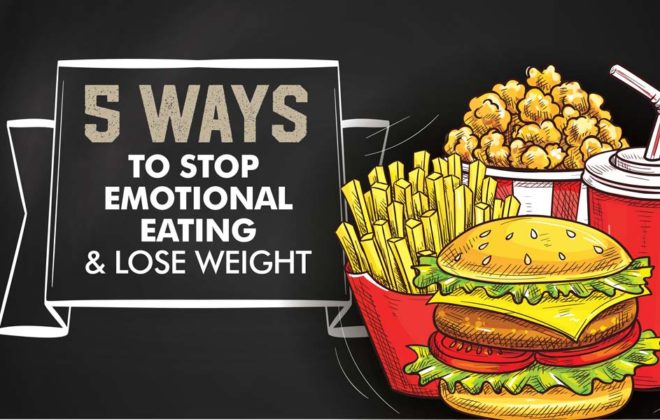 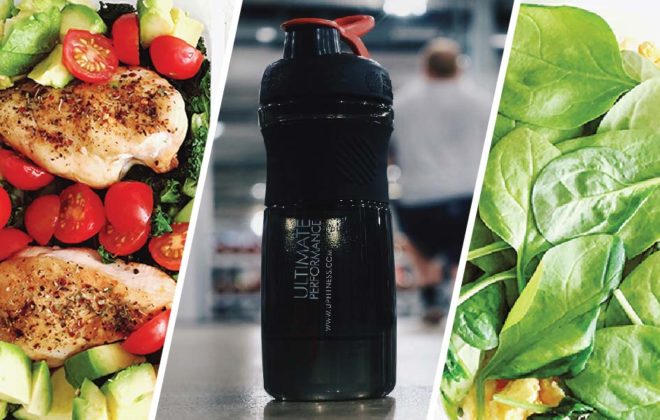