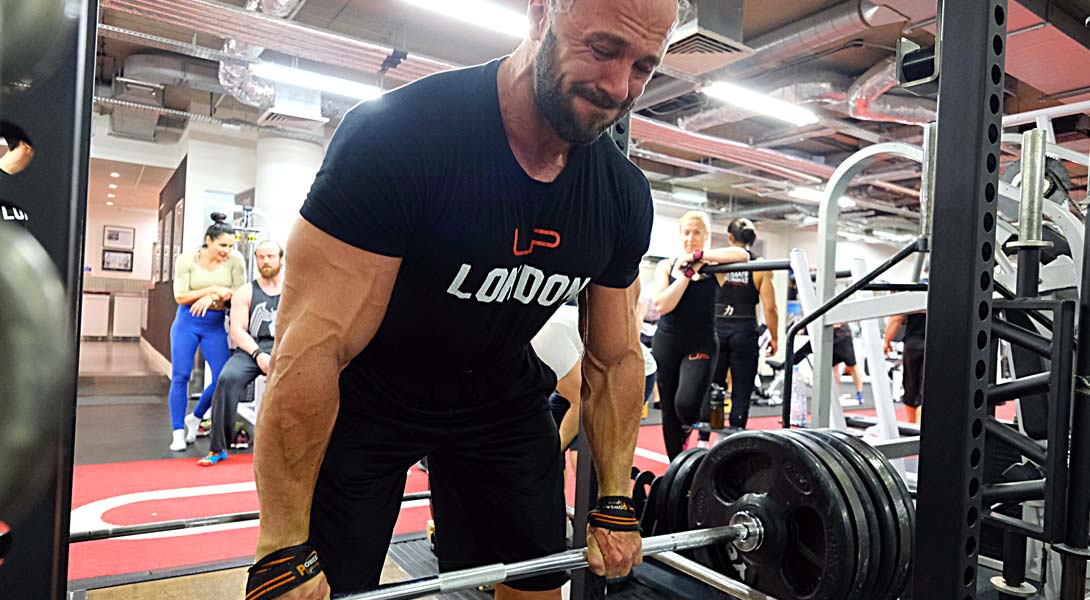 What if we told you there was a surefire way to get maximum results in minimum time from every workout?

Well, there is: it's called the 'antagonist superset', and it's one method we use at Ultimate Performance which helps our clients get fantastic results in the shortest timeframe possible.

Training in the most efficient and effective manner is something we always have to prioritise at U.P. as many of our busy clients can only train three times a week.

When time is short, you have to extract as much as possible from every session in the limited time we have.

To achieve this, a training method that forms the cornerstone of our programming is antagonist supersets, which means alternating exercises that target opposing muscle groups, like chest and back, quads and hamstrings, or biceps and triceps.

These aren’t anything new. Arnold Schwarzenegger was championing antagonist supersets in the 1970s, using them throughout his training on his way to winning seven Mr Olympia trophies.

In the strength and conditioning world, antagonist supersets were popularised by Charles Poliquin and Ian King in the early 1990s as a superior way to build strength and muscular balance.

At U.P., antagonist supersets provide a more bang-for-your-buck alternative to straight sets, allowing us to get more work done in the hour we have with our clients. 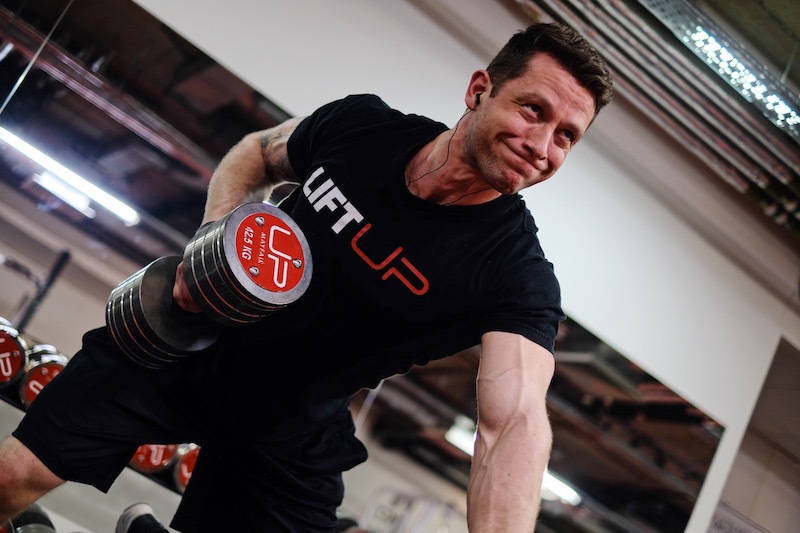 What are the benefits?

By pairing two opposing muscles like chest and back together, you’ll always be able to do more total work in a given time, as opposed to performing straight sets. 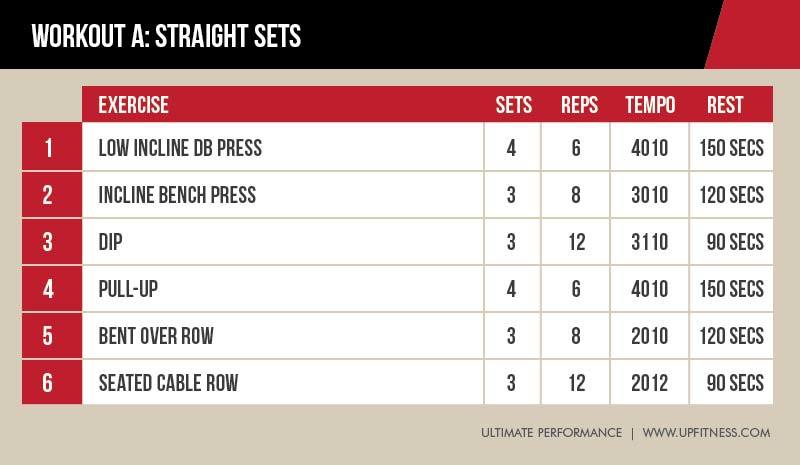 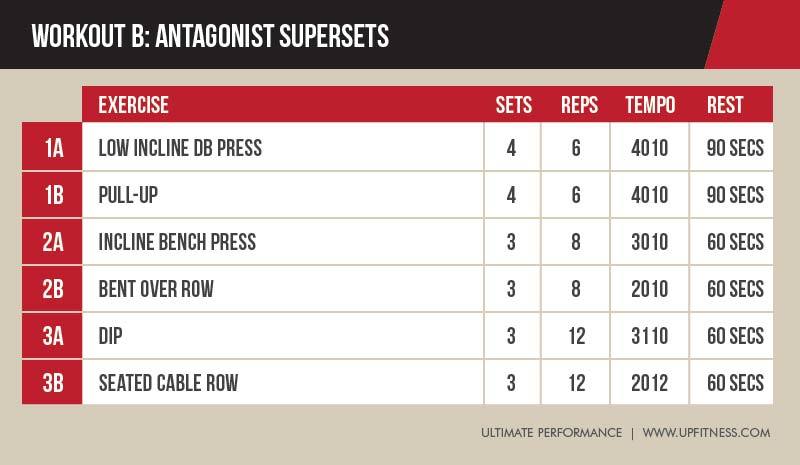 If we exclude warm-ups, transitions between exercises, etc. and just take the workouts at face value, Workout A will take approx. 54 minutes to complete, while Workout B will take only approximately 37 minutes.

It's the same exercises, sets, reps and tempos. Yet, when utilising antagonist supersets, the workout density and time efficiency improves dramatically.

By using antagonistic pairings, we’d now be able to add to the workout by:

For busy people who are looking to maximise the hour spent in the gym, this is invaluable.

One of the less obvious benefits of antagonist superset training is its effect on creating and maintaining muscular balance at the joint.

Many people develop nagging injuries from imbalanced training. If we were to analyse the training logs of the majority of guys in the gym, we’d probably see an inordinate amount of chest, shoulder and quadriceps work, with little back and posterior chain to support it.

This is a recipe for injury later down the line, which is why antagonistic supersets can be so useful as they force you to stay balanced in your training.

Antagonist supersets have been used for years as a viable method to develop strength. There a few reasons for this: 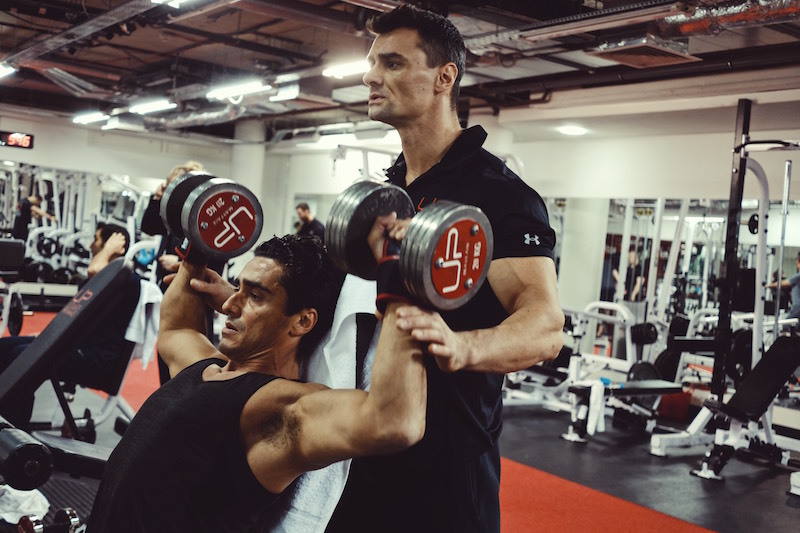 One of the reasons Arnold used to love training antagonistic body parts together was because he believed that the combined pump from two muscles in one area creates a flow to a physique you can’t achieve from single set training.

Another advantage of pumping antagonistic bodyparts is it makes training the agonist ‘feel’ better.

For example, by pumping the hamstrings with leg curls in between squats, you’ll create a cushion-like effect on the knees in the bottom position that’ll make the squats feel much more stable.

What to Look Out For

When pairing antagonist muscle groups, one thing you need to look out for is the total load that a combination will place on the lower back.

For example, while heels-elevated squats and Romanian deadlifts work opposing muscle groups, both demand a lot of stabilisation from the lower back.

Instead, a better option would be to pair any squat variation with a leg curl instead. 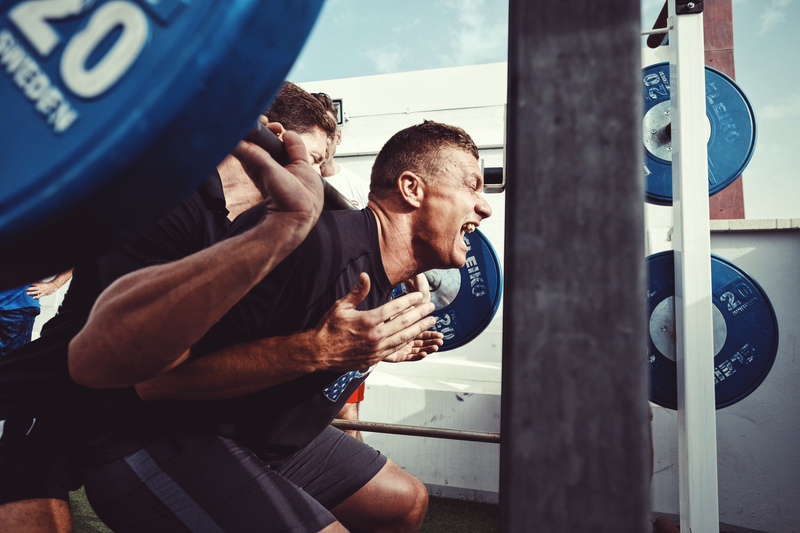 One strategy which works well is to work the agonist and antagonist movements through a similar plane of motion.

For example, pairing chin-ups (vertical pull) with overhead presses (vertical push), bench press (horizontal push) with bent over rows (horizontal pull), and so on. This will further aid in creating muscular balance at the joint’s various range of motions.

Antagonistic supersets popularised the way Arnold did them involved no rest periods between each pairing.

However, we’ve found incorporating a rest interval is more beneficial for strength development and maintaining loads. 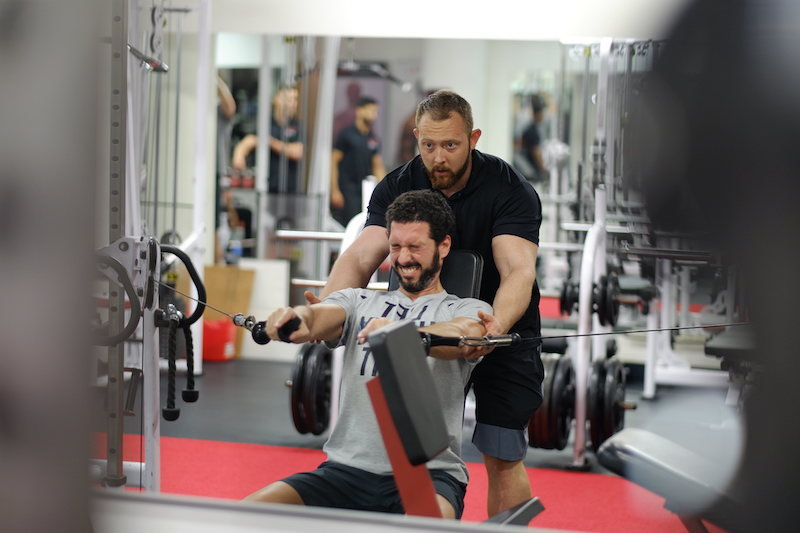 With all this talk on Arnold, it would be a shame not to include a workout straight out of his legendary book, ‘The Education of a Bodybuilder’. 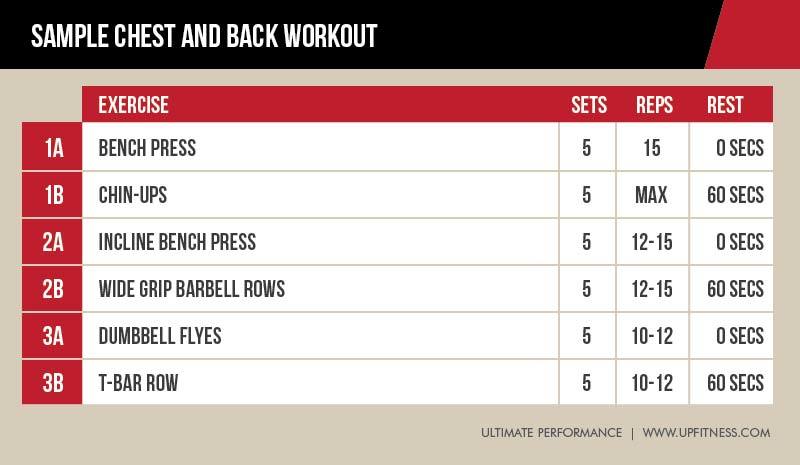 While this worked great for Arnold, his superhuman ability to perform very high volumes with high intensity and little rest means this workout would be counter-productive for the average trainee.

For a more ‘normal’ chest and back workout, check out ‘workout B’ earlier in this article.

The muscle groups that respond best to antagonist supersets, as well as being the most popular to train this fashion are the biceps and triceps. 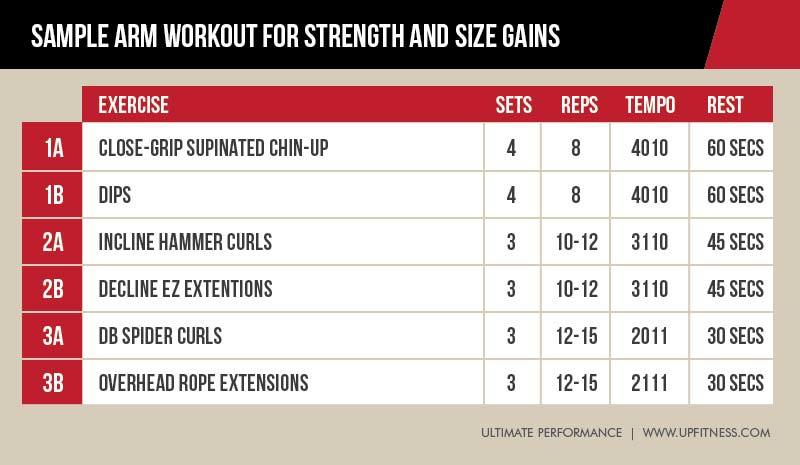 If you can only train three days a week, a solo arm day is a waste of time. Instead, a full body approach incorporating antagonistic supersets will work well: 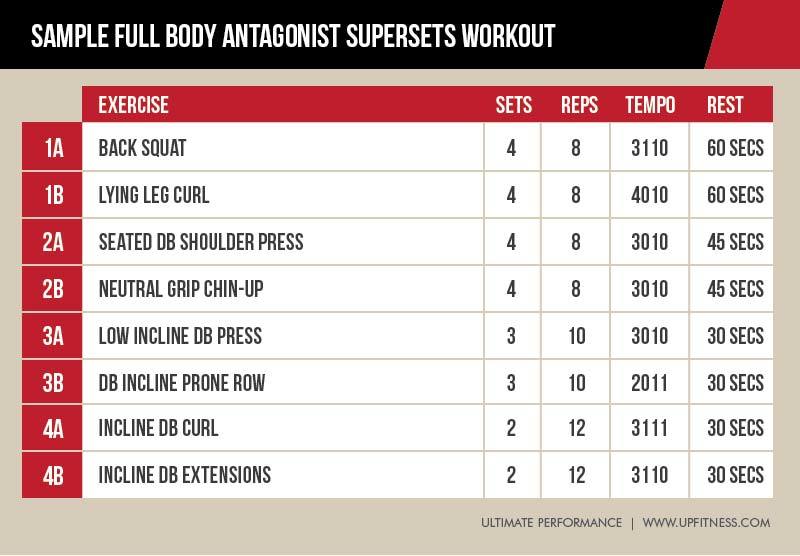 We can’t guarantee you’ll look like Arnold, but you may just experience some of the best pumps and results you've had in a long time. Time is our most precious commodity. If you’re busy and don’t have time to waste in the gym, start incorporating antagonist supersets to get more work done in your workouts.

Want to train with world-class personal trainers and get a taste of the real U.P. training experience? Click here to sign up for one of U.P.'s famous Hypertrophy Camps. 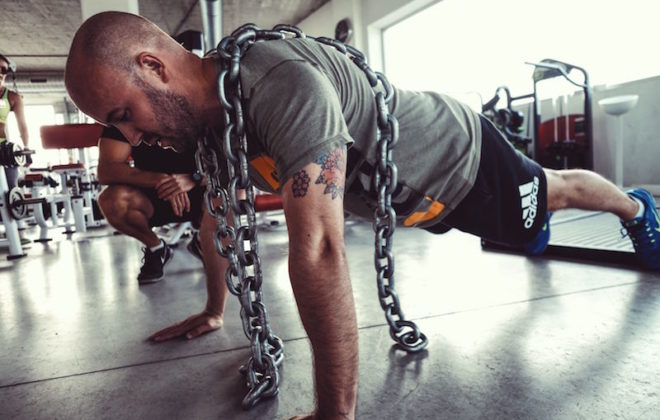 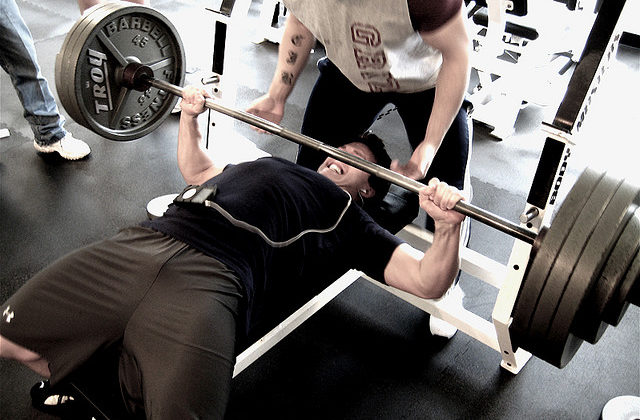 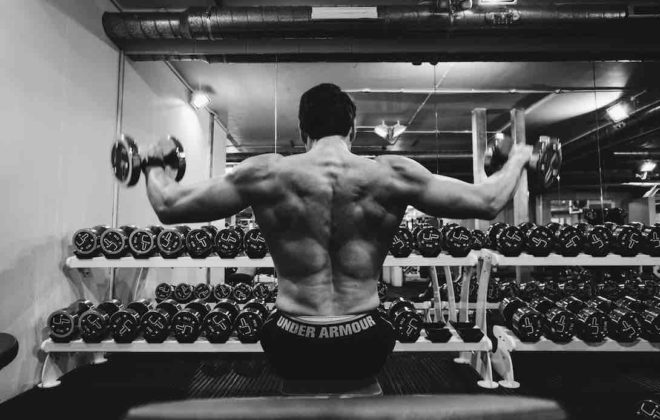