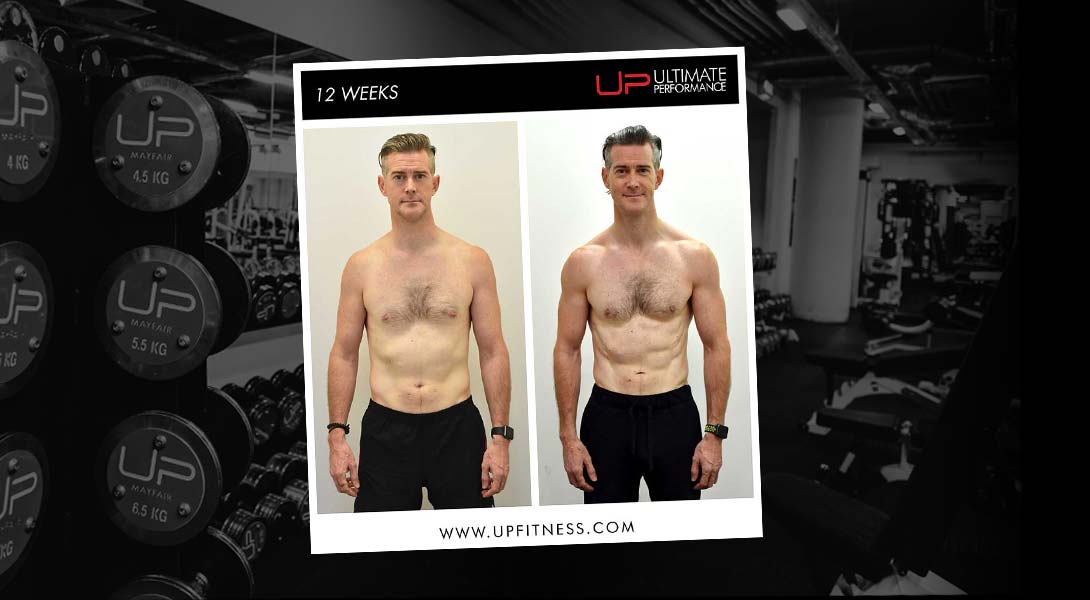 Nathan Made 4 Diet Changes to Get This Incredible Body

What can you achieve in 12 weeks?

Nathan turned back the clock on years of bad eating habits and got in the best shape of his life in this time with Ultimate Performance.

"After 12 weeks I was healthier, fitter and stronger," he says. "Aside from looking better, I could also run faster, hitting new PB’s with increased endurance.

"UP is more than a gym, it has taught me new healthier habits that I can and will maintain indefinitely."

The 42-year-old was incredibly sporty – enjoying kite surfing, cable wakeboarding, running and even skateboarding with his five-year-old daughter in his adopted home of Singapore – yet he just couldn't get in the shape he wanted.

Nathan, a British expat who spent four years living and working (and surfing) in Australia, says he was the classic gym-goer signing up in January to get fit before his efforts fell by the wayside.

Despite his passion for outdoor sports and leading an active lifestyle, Nathan says it was his eating habits that were holding him back from the physique he had always hoped for.

But after just 12 weeks training with the world-leading trainers at Ultimate Performance and the father-of-one looks and feels incredible. 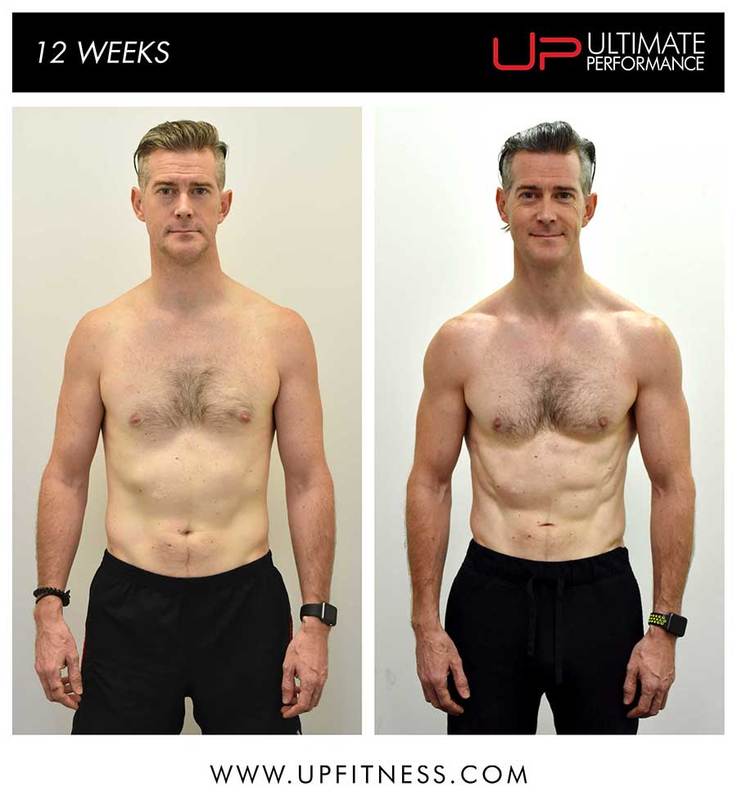 Struggling to get results

"Despite my sporting activities and living an active lifestyle, I didn't have the physique I wanted," he explains.

"I found it hard to gain muscle mass and prevent the accumulation of belly fat.

"I’ve been through several gym memberships over the years, the classic NY resolution – only to drop out after a few months with little or no results and handcuffed to an expensive gym contract. Not a good experience.

"So I was hesitant at first to consider UP, the client case studies and marketing were impressive but would it work for me?

"Then I saw the results for myself, a friend I hadn't seen for a few months had gone through a recent transformation with UP and I was sold!"

Ultimate Performance take a holistic approach to body transformation, leaving no stone unturned to get those world-famous results – so when Nathan came through the doors for his consultation he discussed his drinking, eating and exercise habits in depth with his trainer.

Warwickshire native Nathan had lived in London for seven years previously where he says he developed some bad eating and drinking habits – living the 'work hard, party hard' lifestyle 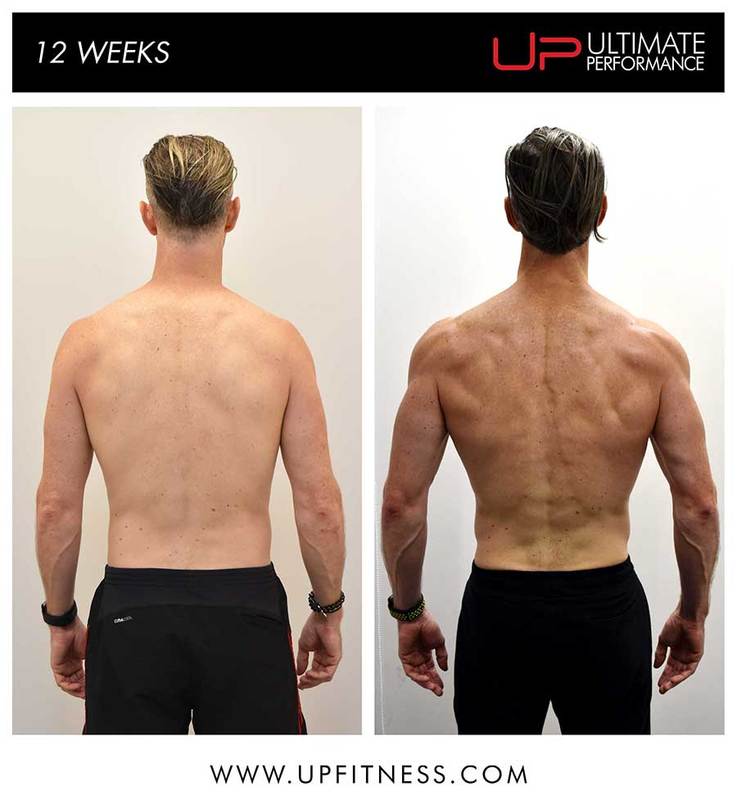 He would have a latte for breakfast, sandwiches for lunch and a meal out with friends or some pasta at home – followed by a few beers.

This all changed when he started his transformation journey with UP and he quickly learned how to manage his nutrition for optimum body composition results.

Nathan, who works for a global management consulting firm, puts his transformation down to four main dietary changes his UP trainer Raymond helped educate him on.

"After starting UP, I realised that I had developed several bad eating habits over the years that were preventing me from reaching my goals.

"My worst habit was not eating enough! I was actually slowing my metabolism by not consuming enough calories, which meant I was burning fat at a slower rate and was not leaving enough fuel in the tank to build muscle."

Another huge factor stopping him getting in shape was the macronutrient balance of the food he had been eating for years.

"Not eating a balanced diet of proteins, carbs and fats was also bad. My diet was mostly carb-centric, I wasn't eating enough meat, and I just assumed fats were bad – eating fats actually helps fat burning."

Skipping breakfast and delaying lunches due to work was really bad was another factor holding back his process – " It was causing my body to conserve calories rather than put them to good use."

Alcohol was also stopping him getting the lean, muscular physique he wanted. 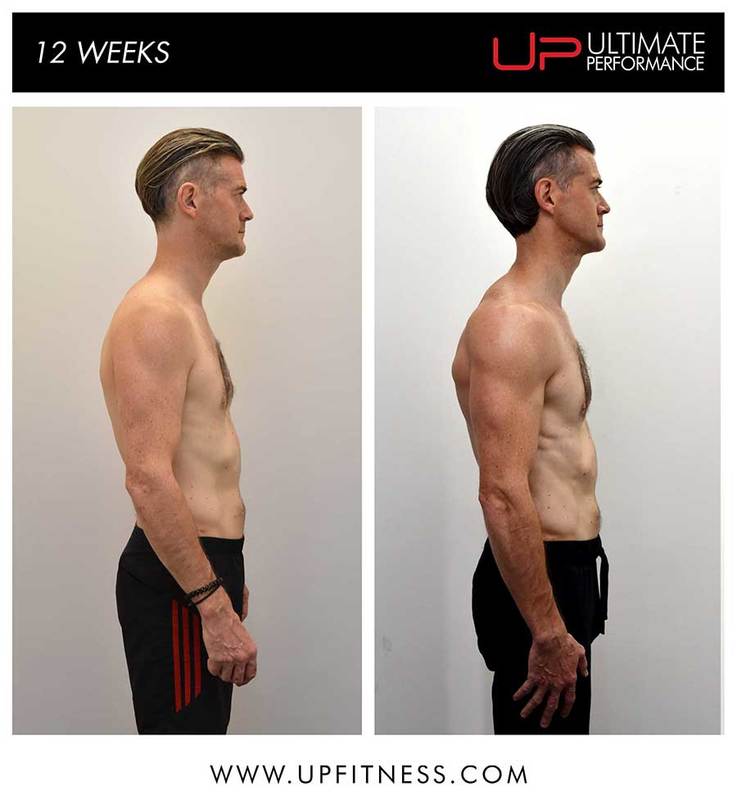 "I was not drinking moderately and having any trace of alcohol in my system meant my liver would automatically prioritise processing this over breaking down fat.

"Cutting out alcohol was actually the hardest and now I only drink on special occasions – but in moderation. When you weigh up the benefits of drinking vs not (at least at my age) I'd choose the healthier option every time."

He says correcting the eating habits he had developed over the years took some time before it became second-nature.

But he explains the one thing that majorly helped him was having diet tracker app MyFitnessPal so he could keep track of what he was eating.

"It made a massive difference and meant I could precisely monitor my intake of proteins, carbs and fats (macros).

"I still use the app and digital scales to ensure my diet is balanced and over time you develop the skill to visually weigh foods."

These diet changes combined with an efficient and effective strength training programme are what helped Nathan achieve his outstanding results and reach his goal of building muscle and getting super lean.

Nathan puts it down to the skill and dedication of his UP trainer who helped guide him through his transformation journey.

"Raymond was fantastic; a real craftsman. Meticulous in his approach and absolutely dedicated to my goals. He pushed me beyond where I could take myself, closely monitored my progress and continuously refined by exercise programme and diet to help me achieve the best possible results.

"Make no mistake, UP is a commitment, physically, emotionally and financially – but it works!

"If you are willing to make some changes to your diet (contributes 70-80% of your transformation), stick to the training schedule, follow the advice of your trainer and push yourself, you will not be disappointed with the results." 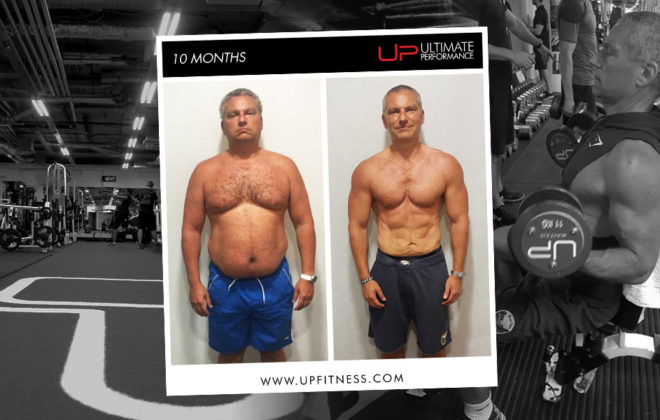 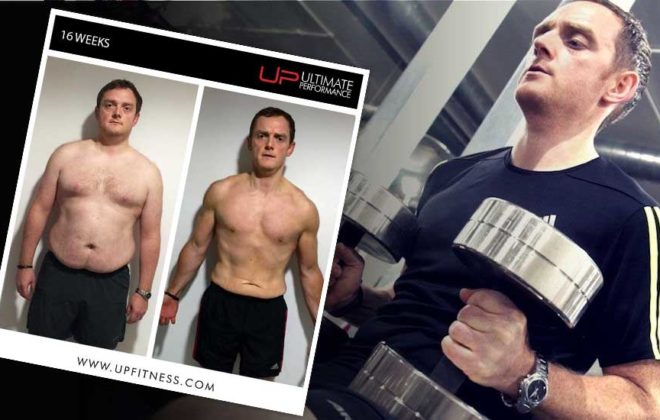 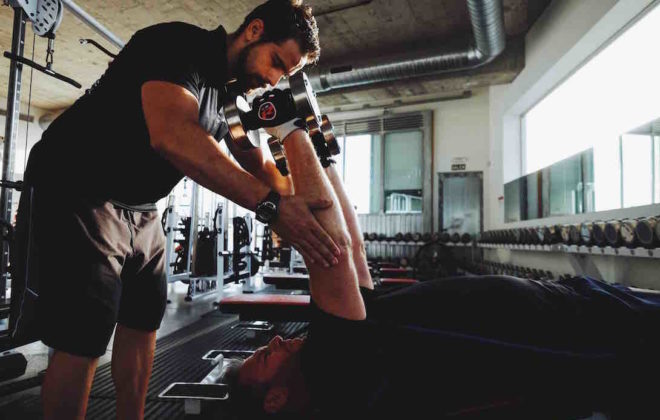