A Manchester company boss got absolutely shredded after taking on a UP body transformation…and then paid for his staff to get in the shape of their lives too.

Kamran, who runs a multi-million-pound claims management firm with 500 employees, packed on muscle and got super lean in just 26 weeks.

He always thought he was fit, healthy and accomplished in the gym, but UP taught him how to really push his limits and achieve truly spectacular results.

He came with the goal of finally losing his belly and in 26 weeks got shredded on his nutrition and training plan with his UP personal trainer.

His phenomenal ‘before’ and ‘after’ photos are a testament to the determination and drive Kamran had to revolutionise his body, his health and even his performance at work. 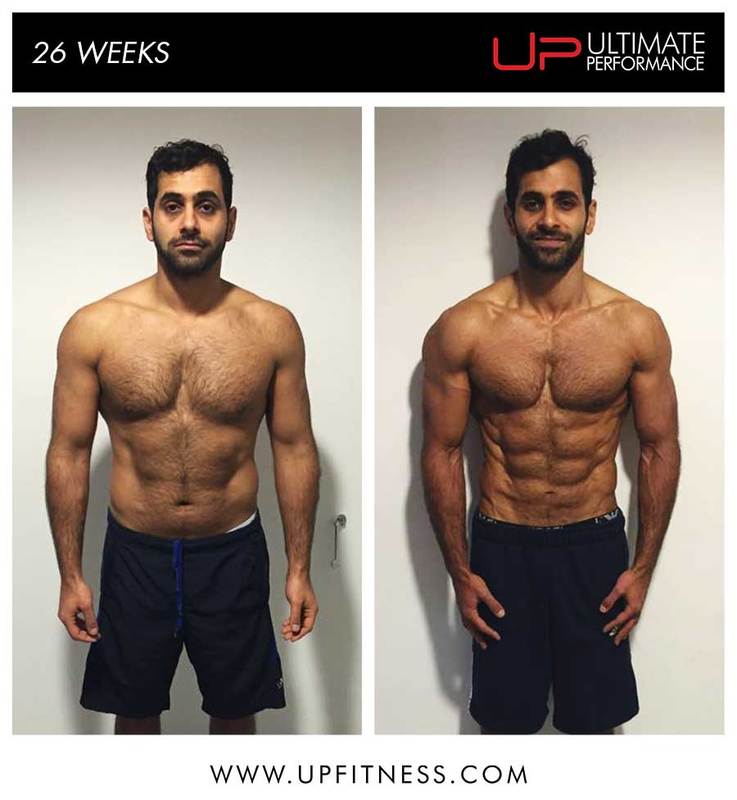 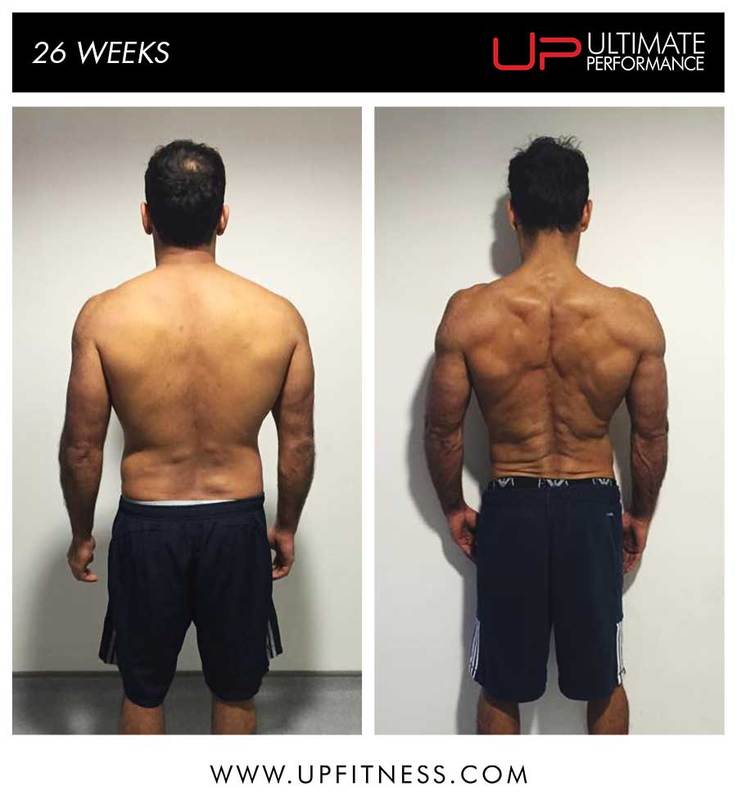 “It’s probably because before I was at 20% body fat and now I’m a lot less than that.

“Everything about you – your clothes fit better, you feel more confident, and even when you're training, you know that what you’re doing is going to make a difference, rather than just hoping for the best, which is what I was doing before.”

Tried everything to get fit…

Kamran says he had tried everything to get into the shape before UP – but nothing achieved him the results he wanted.

“I said to her at the time that I’m doing lots of things, but I don’t seem to be making any progress.”

But from the moment he walked through the doors at UP Manchester, he realised it was different to any other gym he trained at.

No TV screens, no gimmicks, no people constantly sitting around checking their phones  – just pure, 100% focus on getting the maximum results possible.

“When I first walked in, and I saw some of the (before and after) pictures, I thought ‘wow’. I remember saying to my girlfriend ‘I want to end up on that wall’ so I felt inspired as soon as I walked in.

“I realised that it wasn’t like training in big commercial gyms, where the personal trainers are wandering about trying to look cool, I realised that the environment here is just about training.

“It doesn’t matter what you look like, how you are – you’re here to train. Instantly you just feel comfortable with the environment.”

Kamran had trained in gyms before and even tried personal trainers. But nothing prepared him for the intensity of a UP session.

He says it helped him push his own boundaries and exceed his perceived limits to make a truly spectacular transformation.

“Hands down, it is by far the most intense way I’ve ever trained. In the past, I’ve gone to the gym, and I thought it would be okay to do one set, sit there and check my phone. But what I realised was, that time in between, or when you’ve done one set, there’s something else that you can be doing.

"It just pushes you beyond the boundaries that you thought were physically possible.

“There are so many times that you just want to stop, but instead you’ve got your trainer encouraging you and saying ‘listen, just two more reps’.”

Despite being experienced in the gym, Kamran says every session with UP has been an education.

He has learned what foods to eat, how to control his diet and really how to train hard enough to get incredible results.

But he says the biggest thing his UP has given him was knowing he could always push his limits higher.

“I also learned that to get to that higher level, you have to push past those boundaries that make you want to say ‘Stop! Stop! Stop!’ 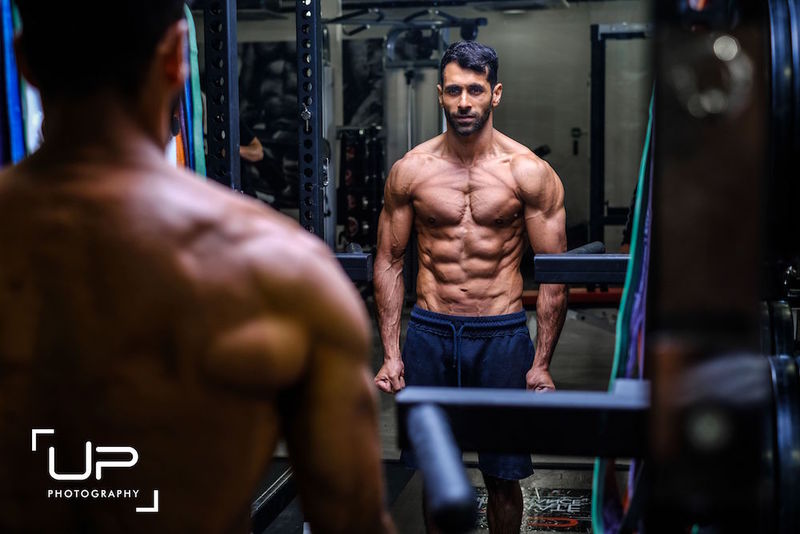 Getting his staff fit and more motivated…

His incredible new physique and healthy lifestyle started turning heads in the office and many of his staff wanted to know exactly how he had achieved it.

They wanted to know how he trained, what his diet was like and how they too could get such stunning results.

Kamran says his own transformation has given him boundless energy, renewed drive and a belief that he could smash through his perceived ‘limitations’ both in the gym and at work.

This has changed the way he runs his company and he believed the power of fitness could boost the performance of his sales team too.

So he paid for 18 of his senior managers to start their own fitness journeys with UP.

“With UP, because I feel it's affected me so much in terms of my performance and what I’m able to do, I’ve been speaking to a lot of people in my workplace about it, and they’ve also signed up and got involved with it.

“We set it up for all our management team. We work in sales and a lot of that comes down to limits – what you think is your best, is it your actual best?

“One of the things I’ve realised at UP is that what you think is your limit, is not actually your limit, and you can push yourself so much further.

“I think the way that UP pushes you, or even looking at the trainers in here, if my employees or my managers can have a similar kind of mindset, I think it will benefit them overall. And also, staying fit and healthy is very important to them all.”

He says it has had an incredible effect on his employees, and got the whole office fitter, healthier and more motivated than ever.

“It created massive togetherness. There was actually a competition to see which group could end up with the best body.

“Everybody was eating healthier. The majority of people that did it were team leaders, so the knock-on effect was that they had 14 people who they managed on a daily basis, so every morning or night they were coming in a little bit sore or they had their meals. Then the guys on their teams were asking them what they were doing and noticing that these guys were looking a bit different and talking a bit more about the gym.

“Ultimately this has a knock-on effect on everybody else, in a sense that all of a sudden everyone is talking about fitness and eating healthier.

If you want to push your own boundaries and get results like Kamran, simply fill in the form below and see how UP can help achieve your goals…

Film Producer Umar Gets the Hollywood Six-Pack With UP 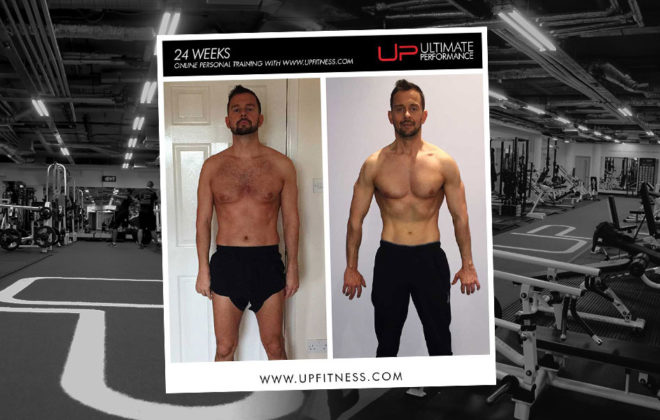 Justin Gets The Six-pack He Always Wanted