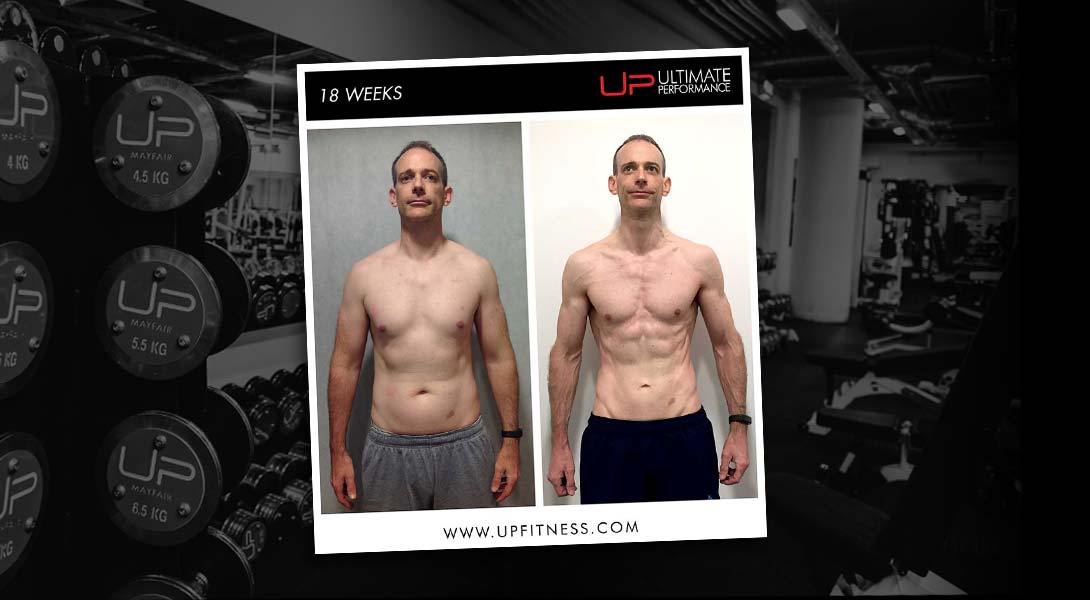 Never think age can stand in the way of building your dream body – if you’re motivated enough you can achieve anything you want.

Andy is proof of that. He came to UP with the goal of turning 41 in the best shape of his life.

He says his diet was 60% healthy, but weekends let him down when he would reward himself with pizza and wine. It was this that meant he had struggled his whole life to get the physique he wanted.

But after years of trying to get in shape with modest results, it took him just 18 weeks to make a truly incredible body transformation with UP

“I think it’s fair to say I have been unhappy with my body most of my life, but just didn’t have the knowledge, commitment or desire to really want to make a difference.

“Training with UP has given me all of those, and I think that’s why I achieved more than I ever have previously.”

He added: “My journey has shown me a glimpse of what I am capable of and when I thought I found my limits, realised that actually there’s more to give.” 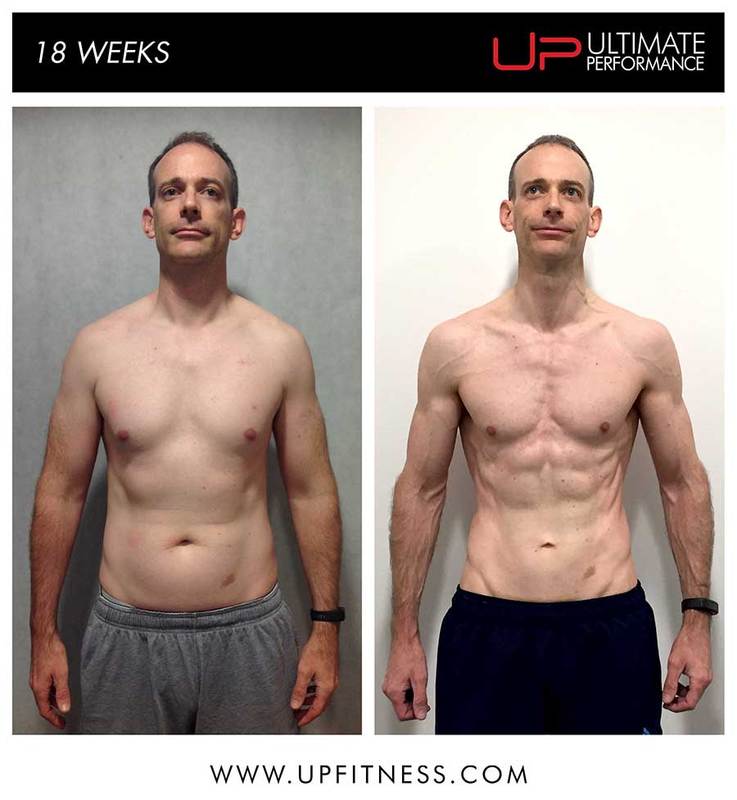 When he turned 40, he was determined to finally earn his dream body before his next birthday.

Nothing was going to stop him achieving this goal – not his busy work schedule or even the lengthy four-hour round trip to the UP gym from Woking.

Andy, who runs a software development business, is proof of what determination can achieve alongside a world-class personal trainer and a nutrition and training plan tailored to your exact needs.

UP helped educate Andy on how to eat for optimal fat loss and train to get the physique he wanted.

“While I also knew the importance of a good diet, it's only since I have been training with UP that it has really helped me dial in my macros and listen to what my body wants vs what it needs.

“I discovered a new level of willpower that surprised even me.”

It’s amazing to see just how far Andy has come in such a short space of time.

After originally signing up for a six-week PT programme, he was so impressed with the instant results he signed up for another 12 weeks.

The results of his UP training and nutrition plan speak for themselves.

He lost 13.4kg and cut his body fat in half down to a shredded 9.7% – but you only have to see his ‘before’ and ‘after’ photos to see how much he achieved. 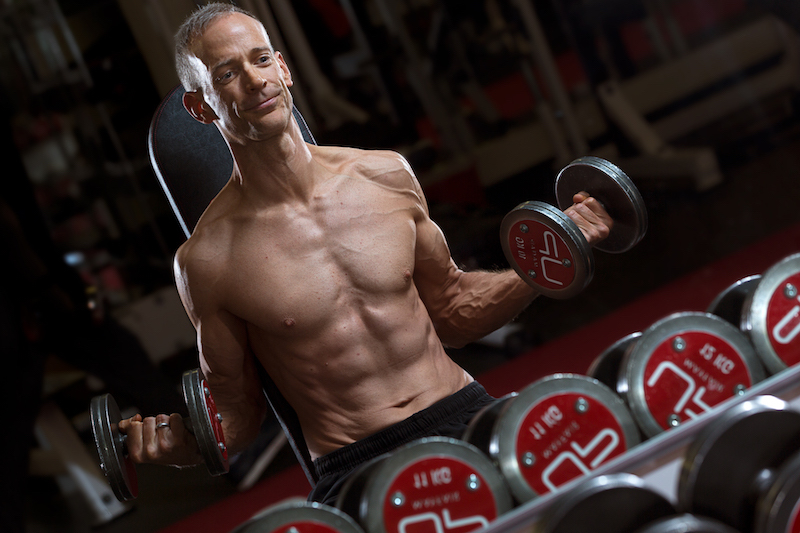 What was your lifestyle, training and diet like before you came to UP?

I came to UP when I was 40 years old because I wanted to get results.  It's fair to say I have never been a sporty or active person (neither when growing up as a kid or in my 20's or 30's). I certainly don’t lack dedication or commitment to tasks, but early on in life discovered my aptitude for sports was really rather poor.

I think this kind of set the scene for not really bothering about my health and generally having little regard for exercise. When I look back at my 20's and 30's, I wasn’t happy with what I looked like, but at the time just didn’t have the knowledge, commitment or desire to really want to make a difference.

It was after two shoulder operations in 2012 that I started to take more of an interest in exercise as I was not only getting progressively unhealthier, but it dawned on me that I needed to do something.  So I joined a gym, got some personal training and over the course of a year I made great progress, dropping from 97kg to 80kg and losing a good deal of body fat in the process.  After a while going to the gym became a routine but my results dried up, my weight crept back up, and I found myself not really progressing in the way I wanted to be.  When I look back now, I can see I got complacent and was neglecting my diet a lot. I enjoyed going to the gym, but just wasn’t able to build on the progress I made.

Before training at UP my diet would be good for 60% of the time (and when I say good I do mean that), it's just the 40% was pretty bad.  I like whisky and champagne, bread, cake, sweets and all-you-can-eat buffets.  I don’t like seeing food go to waste.

So despite the best intentions, I would often undo days of hard work by unnecessary eating and drinking.  Convincing myself that because I had trained 'hard 'in the gym three times this week, I deserved that huge pizza and bottle of red wine, when I look back now I know I certainly didn’t.

What made you come to UP for personal training in London?

I had enough of feeling like I wasn’t progressing and my body image was making me feel increasingly uncomfortable.  Sure I could say I went to the gym regularly, but because my attitude to diet was not on point, I would never have been comfortable going swimming or going on a beach holiday.   I had heard of UP from a close friend and actually attended a Fat Loss Seminar at UP Mayfair in March 2016.

I figured six weeks hard graft and a chance to be trained by the best would help me get back on track, what I didn’t fully realise was that almost immediately I knew I wanted more than six weeks as I was starting to see results in such a short period of time.  In fact, I actually extended to 18 weeks in the end. My primary goal at UP was to strip away the fat, but as time went on, I realised that I was starting to think about my diet and training in different ways. 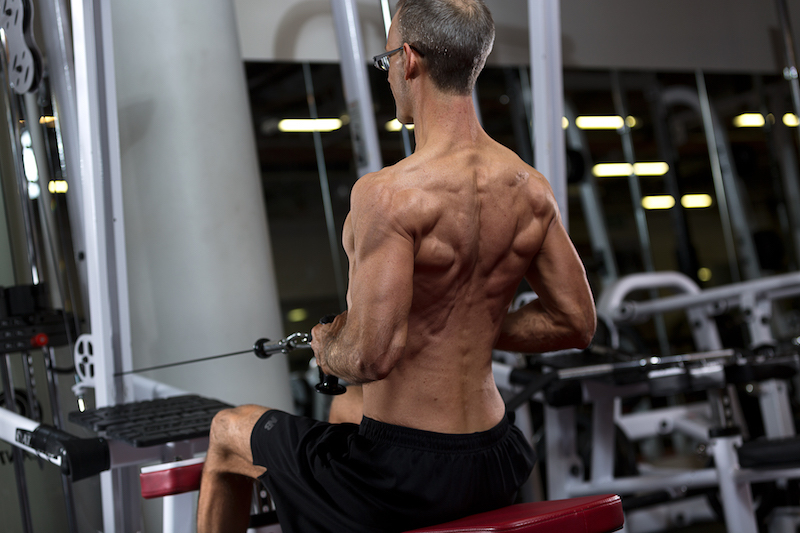 What did you find as a result of training with UP?

For many people who undertake a transformation, I guess they find a part of themselves or reconnect with a person they once were.

For me, though, I think it’s fair to say I have been unhappy with my body most of my life but just didn’t have the knowledge, commitment or desire to really want to make a difference.

Training with UP has given me all of those, and I think that’s why I achieved more than I ever have previously.

While I also knew the importance of a good diet, it's only since I have been training with UP that it has really helped me dial in my macros and listen to what my body wants vs what it needs. I also discovered that actually there are quite a few foods that I previously disliked that I do enjoy.
I discovered a new level of willpower that surprised even me, but on reflection doing a transformation over Christmas and a birthday is really hard work. 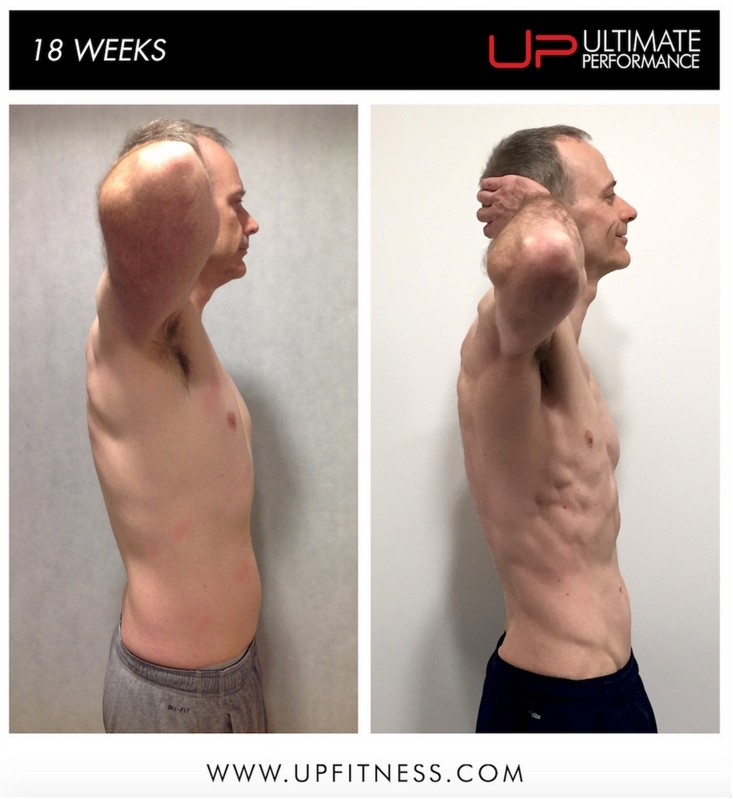 Which specific benefit did you find most about your journey with UP?

Without doubt, the one thing that really stands out for me is the helpfulness of all the trainers at UP.  It would be remiss of me not to pass on my special thanks to both Ajay (my wife’s trainer) and also Christian to whom I will be forever grateful to the knowledge and commitment they made in our journeys.

The attention to detail is really quite astonishing, Christian was not only diligent in following up on my progress when I was away from the sessions, but he took the time to help with menus while I was going abroad, helping with the structuring of meals and being very accommodating to my specific needs. He knew when I was struggling and was able to steer me in the right direction to help me reach the goals.
So for me, the biggest benefit was being trained by not only knowledgeable and skilled professionals, but also people that care and take pride in what they do.  Seeing the transformations that get churned out week after week is simply amazing, it’s a production line of crafting bodies into better versions of themselves!

What other benefits did you take away from your transformation journey?

I think I have a lot more knowledge now than I did before I started, but I fully appreciate I still have much to learn.  For some time I have been worried about the ‘exit’ process as I didn’t want to reverse all the hard work, so one of the really important benefits going forward was the ability to take up the Online Training and be coached by the same trainer.
Online Training is going to really help me continue my progress in a way that has been proven successful for so many others. 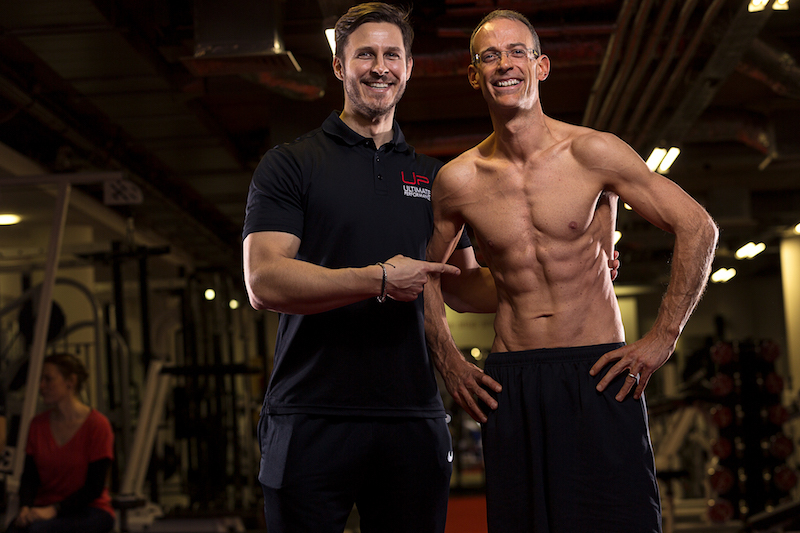 I remember being asked early on by people who I might want to look like at the end of my transformation, to which my answer was “I don’t have a defined ideal, I just want to see what I can do, and everyone’s different.”

I didn’t know how I would react when trained hard, in a sustained calorie deficit and dealing with a demanding job.   My journey has shown me a glimpse of what I am capable of and when I thought I found my limits, realised that actually there’s more to give.
If you go into it with less than 100% commitment (sure we all have off days), you’ll still see results but doing a transformation takes commitment from both trainer and client.

I found training with UP very rewarding, it has been tough, yes, but I have met some really nice people, met my goals and I honestly think its kept me sane while work commitments and stress levels were very high.

I loved my time training at UP, and it was with great sadness when I finished.  I never for a moment figured I would get as lean as I did, given all that was going on and my exercise history (lack of).  The comments I received from my friends who have seen the photos are simply amazing, most start out with "that’s not you, that’s photo-shopped" or "that’s just not possible, how?" which in itself is a fantastic response to the work we put in.

I am looking forward to the next stage now; I liked being so lean in places and the associated vascularity, but I would love to have had more muscle too.

If you're inspired by Andy's transformation, start your own UP journey to incredible results today with one of our Personal Training Plans. 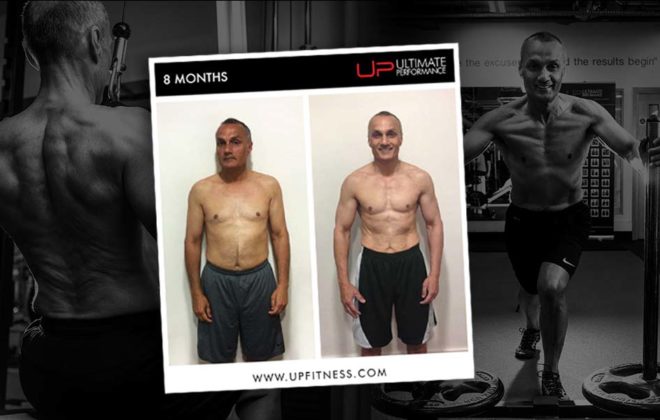 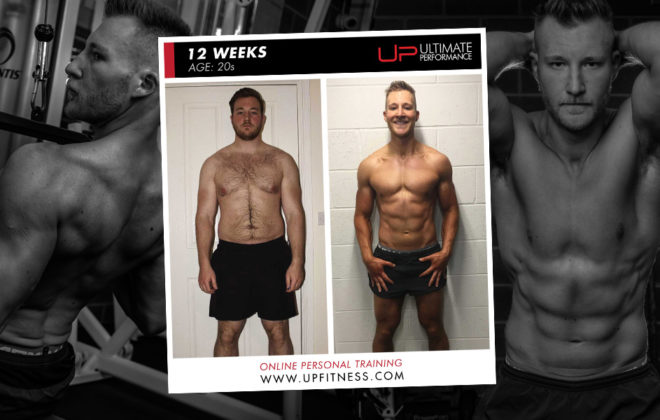 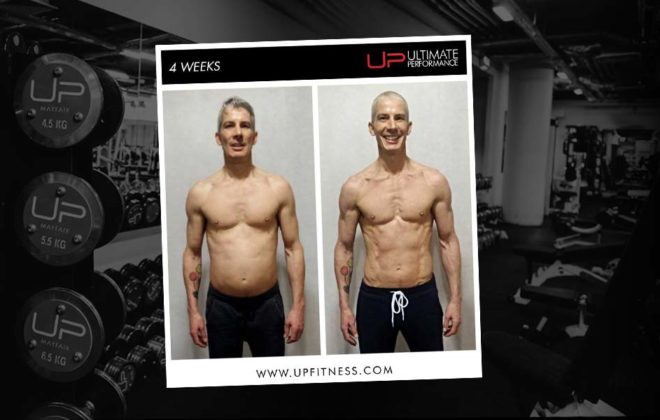 It Took Andrew Just 29 Days To Make This Transformation