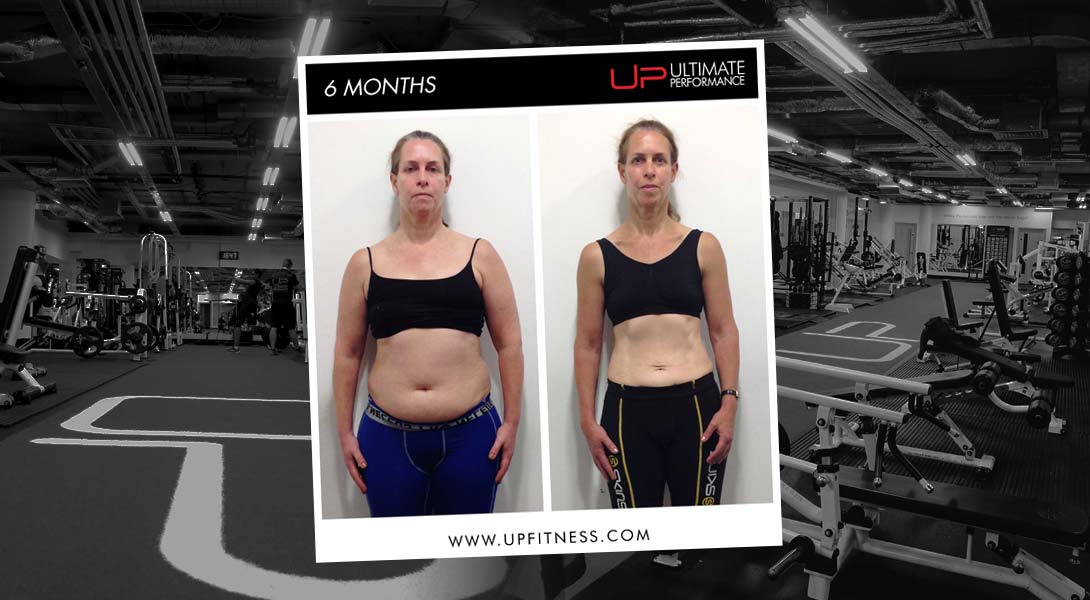 Jean is in perfect health after losing 20kg on a body transformation at Ultimate Performance.

The former rugby player had lost her way with fitness over the past few years, was carrying a lot of extra weight and was struggling with chronic knee pain.

But Jean, who is now a rugby referee, made a stunning transformation with Ultimate Performance over a six-month period.

Her strength training programme at UP and her which has helped her get stronger and fitter than ever.

"I feel like a different person, I really do.

"Day to day life, I feel more energetic. I feel my posture’s better. I feel younger; I feel leaner I feel taller.

"It’s feeling so much stronger and better about myself and so much more motivated to do anything; to get up early to train; to do some more work for myself; anything for business; future goals that I’m thinking of.

"I just feel so much more motivated for everything now. It’s been really good."

It has been a life-changing journey with UP, but one that's also helped change her health. 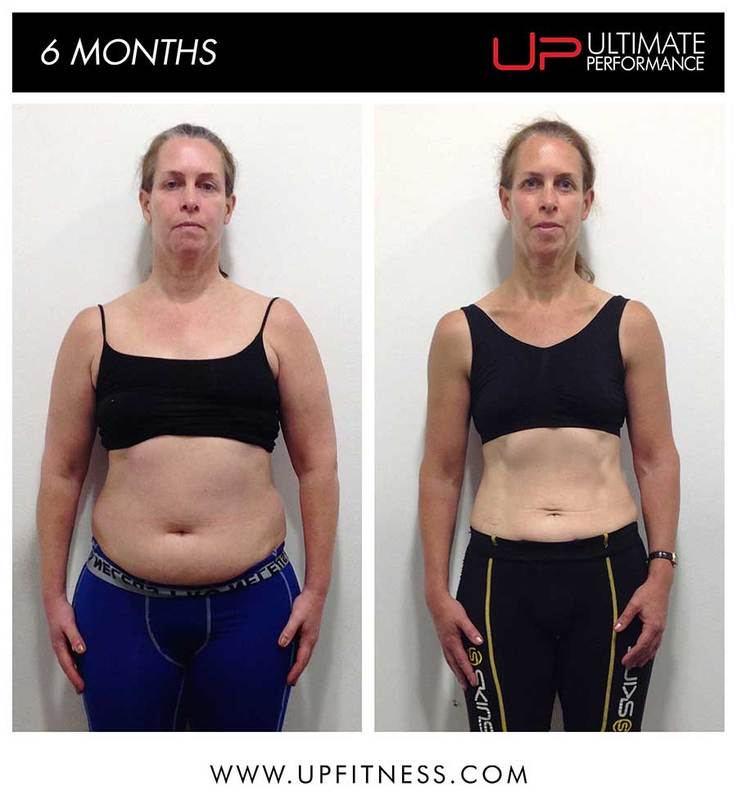 The strength work she has been doing has helped her lose weight which has made her running times faster and meant she can keep pace refereeing on the rugby field.

Her chronic knee problems have all but disappeared thanks to the new-found strength and stability from her gym work.

But it's her overall health picture which is truly impressive and in six months it's been transformed.

"I had a health check-up for health/life insurance plan – I had a 54 resting pulse (which is good for women athletes 18-25!), low glucose, low cholesterol, low BMI and 90/63 blood pressure!

"I just heard back from my rep for health/life insurance; my stats came back 'in perfect health' so I get the best rates!"

It was actually seeing a photo of herself on a weekend away with friends on Facebook which gave her a wake-up call and persuaded her it was time to try something new to improve her health and fitness.

"I was definitely ready for change.  I’d just been away with my friends for the weekend and seen pictures, and I was just bitterly disappointed that I’d let myself get to that point so I needed the change.

Before coming to UP, Jean trained frequently but found she was making little progress and wanted something to really kickstart her back into action.

She was doing a lot of running and cardio training to try and keep up on the rugby field but felt she was not getting fitter and her knee was suffering.

"I just wasn’t improving I wasn’t getting anywhere, and I just felt like I needed something that would change and get back to where I wanted to be.

"I exercised quite a bit, and I felt that I thought I should be fairly fit but I really wasn’t. I could tell I wasn’t because I was running quite a bit but just plodding along.

"I had been a lot fitter years ago and then had just lost it over the years. Then I was trying to get it back and it wasn’t coming back. So I realised I did need something different to change." 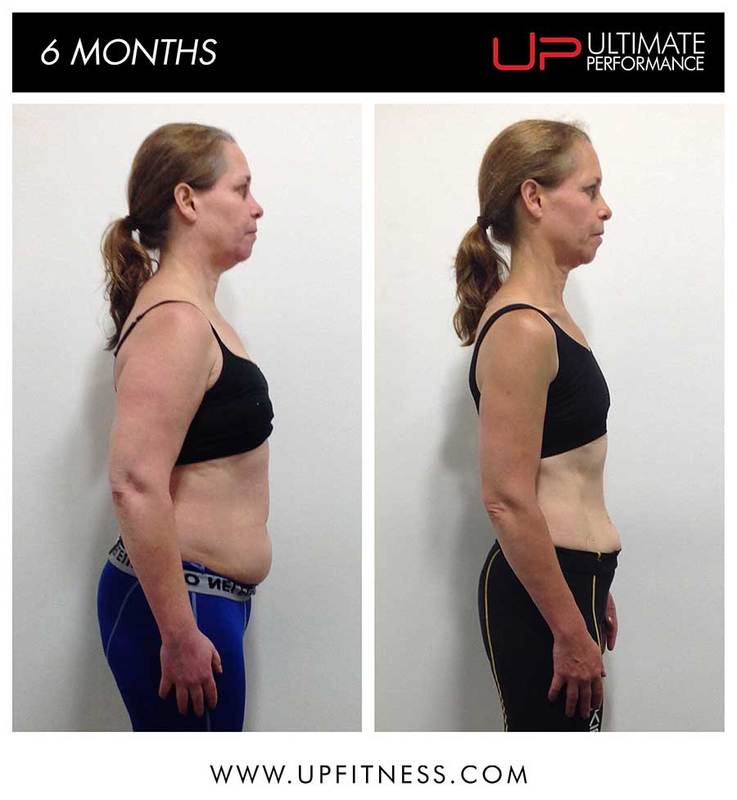 Changing her diet was a huge part of Jean's success. While she didn't have to make huge changes to what she was eating, it was the small tweaks that made a big difference and the education about nutrition which has had an impact on her energy levels and her body composition.

"I didn’t have to change necessarily what I was eating, but it was how much I was eating and then just the balance.

"Something that needed to be brought into my diet was balance, which I’d never had before.

"That’s changed significantly how I feel every day. I was very high carb before, and then I’d have these crashes, and I’d feel really irritable late in the morning, and now I don’t have that anymore, so it’s just taken that out of the equation, which is nice."

Before, Jean was eating very high carb – fruit juices and smoothies were commonplace for breakfast.

But adding in more protein from sources like eggs, and introducing healthy fats has been a revelation.

"It was a big change, but it’s made a huge difference," she says. "It’s more protein, and it’s changed me entirely.

"It’s made me feel much more satisfied and I feel more energetic throughout the day now.

"It's surprising how one of the differences is me having eggs and vegetables in the morning.

"How much difference that makes to you throughout the day, it’s been amazing." 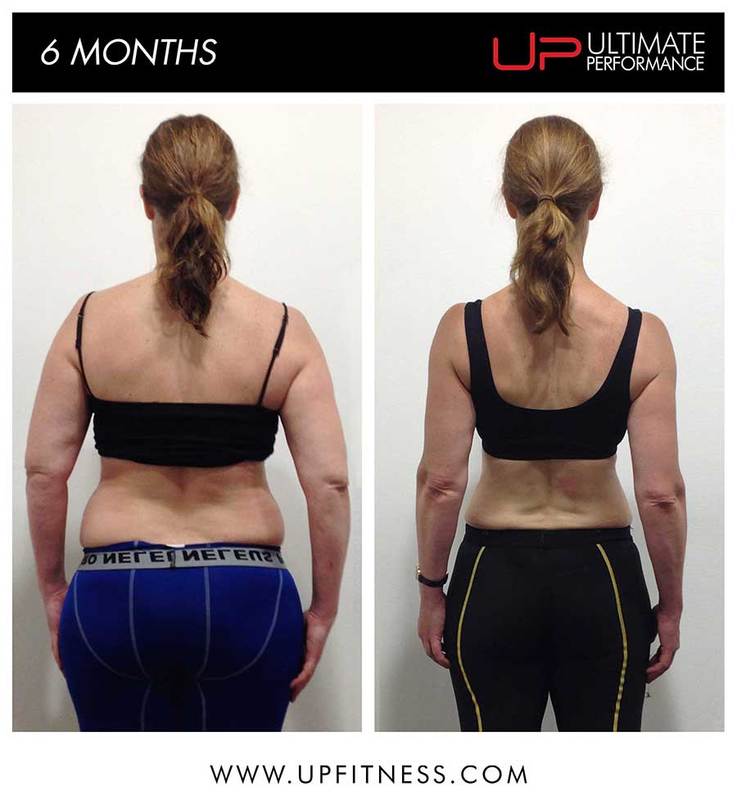 Jean says the training was tough, but incredibly rewarding and beneficial for health.

Training hard wasn't something Jean was new to – but UP's style of weight training is about maximising the efficiency and effectiveness of every second in the gym.

"It's just showed me just how all your muscles are interconnected and doing a lot of core work and straightening my core that I’d just never done before and that’s just opened my eyes to a whole new world. How you really should be training.

"I used to be a rugby player and fairly strong but I just never realised how much you had to know about weight training and what there was to know about it.

"It’s just really opened up my eyes. How you do the things you need to know and how you get the form as well, it’s knowing how to do it."

Jean says he strength has increased drastically from working one to one with her UP personal trainer on a training programme designed around her goals.

"It’s enjoyable feeling and being stronger and fitter. That’s what’s been the enjoyable part of it.

"I can’t tell you how much my strength has increased. It used to be a struggle to do 10 push-ups, and now I can do 35 at a time easily and that was in a matter of months that happened."

One thing that has really taken Jean by surprise is how her knee pain clearer up with the strength work she has been doing in the gym with UP.

"I had knee pain for a lot of years ago and that was just going away, which is something that I didn’t expect to happen.

"I didn’t think that would happen because I have had them x-rayed and they are damaged from all this playing on the hard ground."

Jean would feel the pain while she was running and even bending over or going up and down stairs.

"In a matter of weeks that started disappearing. The fact that I had knee pain hanging over me every day and now it’s gone."

"Being able to dance away at weddings and not be sore or tired, it’s been wonderful."

She has seen the benefits of this in her running and her performance refereeing too.

"I just don’t have that knee pain that I use to have. It makes me feel so much better. My times have gone down since I started doing this.

"I'm stronger but lighter as I’m carrying less weight around and with more muscle. I just didn’t realise the impact that it would have in terms of how much time it would shake off, but it has." 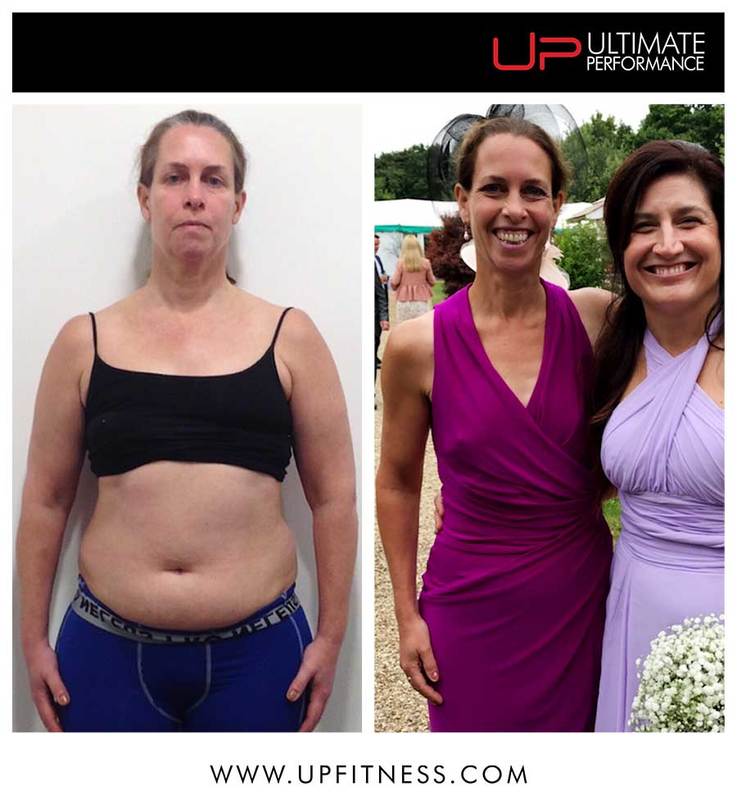 It's not just in her sporting life that Jean says this transformation has benefitted her – every sphere of her life has improved from the way she feels to her productivity with work.

Friends and family have noticed a huge change in Jean too and the incredible shape she's now in.

"It’s life-changing and I know it’s a bit of a cliché but it’s really true, and I feel it every day – I feel better, my friends notice.

"I’ve been to two weddings recently, one was back home with my family, and one was with friends over here and the comments have been amazing.

"People notice and people you don’t know very well ask what have I been doing and I tell them; I promote personal training all the time." 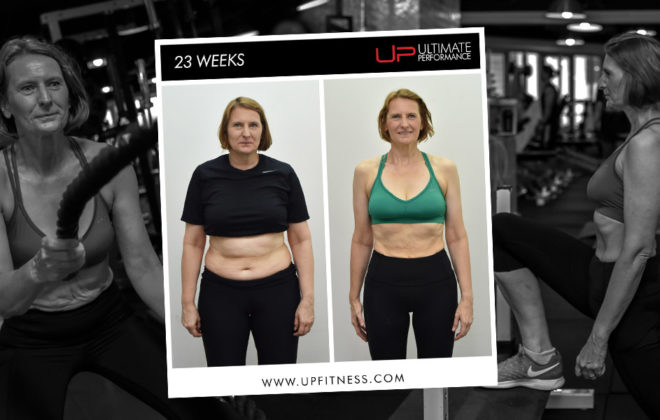 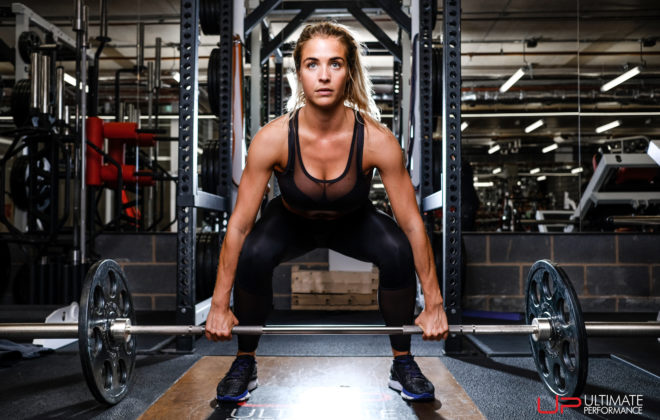 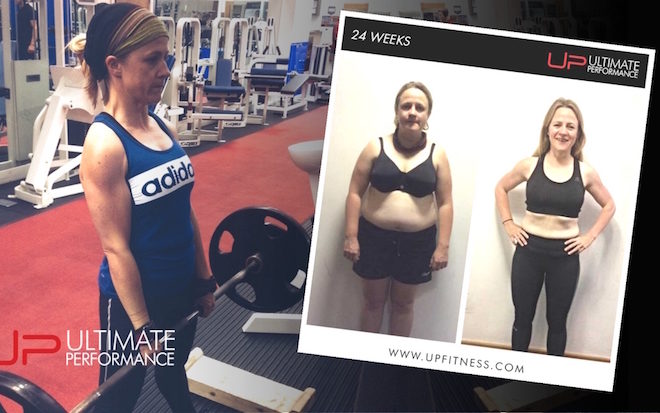 How Lawyer Kate Got Rid of Her ‘Ballooning’ Body