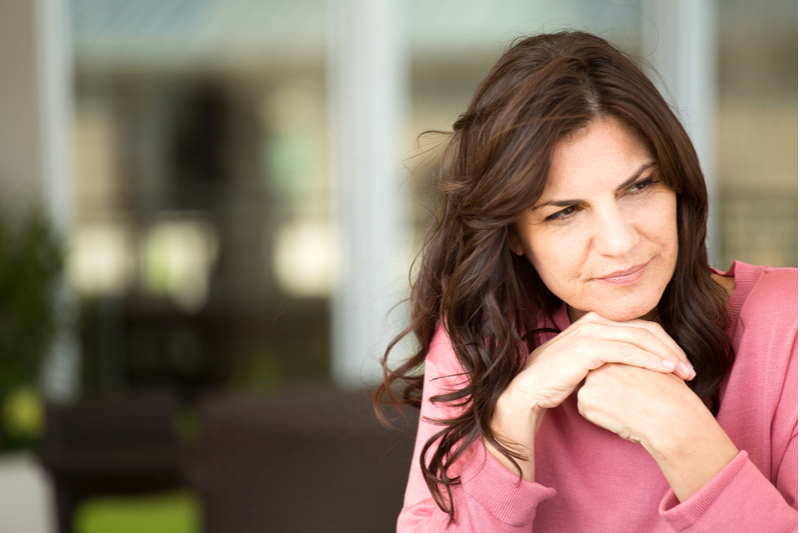 Why We’re Shouting About Menopause

Approximately half of the world’s population is female, roughly 49 to 51 per cent, depending on the country and year. Yet despite this, there is a fundamental experience that occurs in every woman’s life that remains undiscussed all too often: the menopause.

For some women, menopause is a cause for celebration, but it may also be an anxious, unpleasant time for others. Either way, this significant juncture in a woman’s life has many far-reaching implications for her physical and mental health. October 18th is World Menopause Day and to mark it, we’re shining a light on this unfairly neglected subject.

Why is menopause a taboo subject?

There is no doubt that the menopause remains a taboo subject even in 2020, as reflected by the fact that we still refer to this significant milestone euphemistically as “the change”. So, why are we so hesitant to talk about menopause when it has so many implications for physical and mental health?

Menopause is a natural phenomenon that marks the end of a woman’s reproductive life, which can occur anywhere from her 30s through to her 50s. Not every woman has a baby, but every woman goes through menopause. The level of discussion of this topic, therefore, appears wholly disproportionate compared to other female health concerns, such as pregnancy.

The reason for this neglect is likely due to social and cultural factors. Even in the 21st century, women all-too-often remain defined by gender roles and their ability to reproduce. Of course, menopause marks the end of this social currency. Indeed, women’s ovarian function is closely related to concepts of femininity and fertility, as highlighted by gynaecologist and endocrinologist Anne Gompel. We only need to look to representations of men and women in the media to see this at play. While men with greying hair are associated with refinement, experience or wisdom, often holding distinguished positions of power or intellect, older females are often relegated to roles as grandmothers or ageing aunts. As sociologist Cécile Charlap describes, “growing old means losing social value for women”.

But is this backed up by the research? A recent UK study in 2020 by Atomik Research surveyed 1,500 female respondents who were going through the menopause and 500 male partners. They found that a third of women felt that they were unable to talk to their partners about their symptoms and would be more likely to turn to friends or their doctor. 44% agreed that menopause was a taboo subject, and 23% said their family did not understand their symptoms. However, interestingly 57% of the 500 male partners surveyed said that they wished that their partner confided in them more about the menopause and that they felt shut out. So if men want to listen, why are we not talking about it?

The results of this study also showed that menopause caused 29% of women to become more aware of their mortality. Equally, a 2019 open survey by The Guardian found that many respondents felt unprepared for the menopause because they didn’t know what the symptoms were and didn’t know what “perimenopausal” meant. Where there was advice from general health practitioners, this information was deemed to be patchy and inconsistent.

Other research also shows that just over three-quarters of women reported that their workplaces offered no information or support regarding the menopause. In sum, approximately four million people, accounting for 45% of the total workforce of employees aged <50, do not receive the mental or physical support that they need to navigate this milestone. It seems then that the potential reasons that women fail to reach out are partly due to embarrassment around ageing, as well as a perceived lack of understanding if they do speak up.

Why we need to shout about menopause

While you’ve likely heard of typical symptoms such as hot flushes or “brain fog”, a lack of vital discourse means that many women are not aware of what the menopause entails and its physiological impacts.

While a man’s production of sex hormones tapers off and drops (but never entirely ceases) as he ages, the menopause marks the complete cessation of a woman’s production of sex hormones. Of particular importance in this scenario is oestrogen. Because of the many vital functions of oestrogen in hundreds of processes in a woman’s body, this has a cascade of implications for her long-term physical and mental health. Physically, this includes bone density, susceptibility to heart disease, insulin sensitivity (and increased risk of type II diabetes), age-related sarcopenia, and many more. From a mental health perspective, oestrogen is closely related to the production of the neurotransmitters serotonin and dopamine, which can severely negatively affect cognitive function and mood, even leading to severe anxiety and depression in some women (for advice on stress, meditation, mindfulness and other aspects of mental health – refer to this section of our blog).

And there are further-reaching economic impacts too. Surveys show that menopause has a significant effect on women’s workplace performance and their ability to cope with their job. Sick days are often incorrectly classified as being related to anxiety or stress. Research shows that of the approximate 80% of women who experience menopause symptoms, 25% find these detrimental to their family, home and work life. This may include impaired concentration, tiredness, poor memory, depression, feeling down, lowered confidence, sleepiness and hot flashes (for our advice around sleep in particular, before, during and after menopause, head here). Around 5% of women find it very difficult to cope with work during their menopausal transition, and approximately 10% experience menopausal symptoms that are so severe they leave employment. This highlights that menopause is not a transition that only affects women but has wide-reaching consequences for society and the economy. Creating a more inclusive and supportive environment for women to share their experiences, such as through workplace menopause policies, is, therefore, a pathway that holds benefits for all of us.

It’s not all bad news!

While so much discourse about menopause seems to be negative, this does not always reflect the experiences of women  –  many report menopause as a transitional period with several positive outcomes. A qualitative study by the University of Copenhagen surveyed 393 participants, 49% of which reported positive aspects of menopause. Just under ten per cent cited this period as a time of wellbeing, physically, psychologically or both. This appears to be for several reasons:

20% of women in the survey reported relief at no longer having to worry about menstruation, experiencing PMS or having to think about contraception.

A time for personal development and growth

Among those women who had children, most were still fully employed and did not experience “empty nest syndrome”. Just under eight per cent reported that it was a time where they were now more able to focus on personal development and requirements more than ever before.

Many women reported feeling freer to speak their minds and felt more in touch with their feelings.

Increased economic freedom was another element associated with this period as respondents now had grown-up children or none at all.

While this was not an element directly covered by the questionnaire, for some women, this period correlated with an increased perception of sexual freedom. The findings of a UK  study in South East England also support this, showing this that 80% of respondents were satisfied with their menopausal sexual relationships.

Why is there so much negativity around menopause?

Much of the negativity around menopause comes from the medical and societal attitudes, which tend to be more negative than those held by women themselves. It could, therefore, be a case of cause and effect, whereby an overwhelming focus on the negatives leads to a greater incidence of negative experiences.

Indeed, studies have found that when women hold negative views of the menopause before its occurrence, are more likely to experience symptoms such as night sweats, hot flashes, and flushes. This is supported by other research that shows that negative stereotypes and beliefs about menopause tend to be predictors of decreased mood during menopause.

Where do we go from here?

What is clear from all of this is that we need to open up the discussion on menopause, not just among the women living through it but in society as a whole. By creating an environment in which women can discuss, share and ask questions about their experiences, we can start to become more understanding and accommodating of what is a significant life change, whether it is a positive or negative experience.

In this spirit, we have more articles to come on menopause, one wherein we dig a little deeper into the physiology of menopause and another detailing what we can do to support and empower women living through it to create life-long positive health. 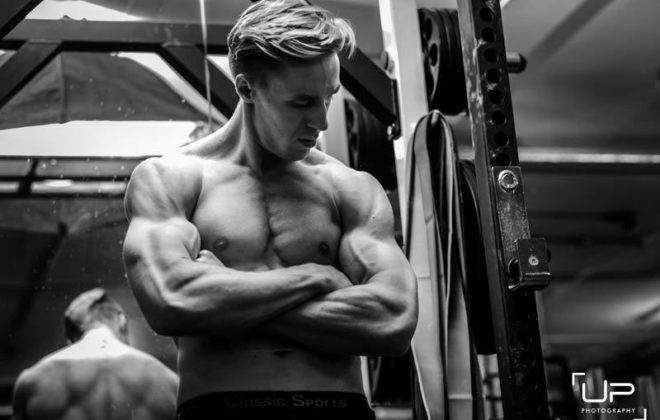 9 Tips That Helped Arthur Get Shredded in Just 12 Weeks 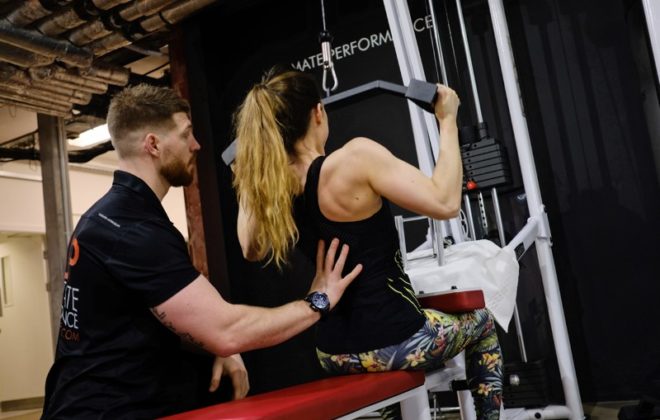 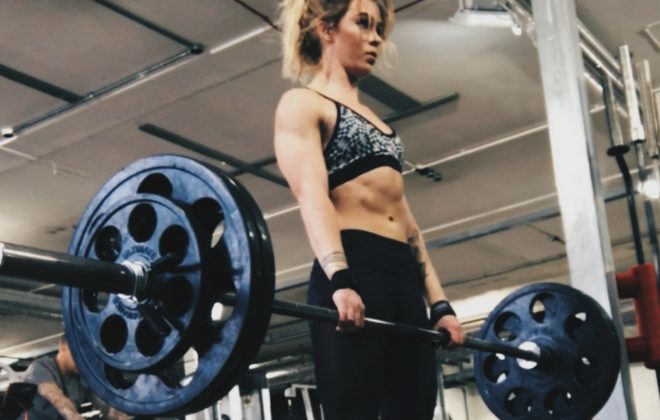 Are You Doing Right by Your Body?