Paleo Diets – How Paleo Are You?

One of the most loved and most misunderstood concepts within the world of nutrition is that of the Paleo Diet. The majority of the general population will not have even heard of the term Paleo, yet others will claim to be strict Paleo or follow Paleo plus dairy or even 80% Paleo. So what is this all about and why should anyone care? After all, there are many fad diets roaming the virtual bookshelves of Amazon, each with their abundance of devout followers and complete sceptics.

The Paleo Diet is actually the name of the book by Professor Loren Cordain that really kicked off the whole Paleo movement. To summarise a whole book in one sentence, the Paleo Diet is a dietary regimen based upon the premise that Paleolithic hunter-gatherer populations were free of modern diseases and that to mirror their dietary intake would provide the same health benefits in todays society. The term "The Paleo Diet" is actually trademarked by Loren Cordain, and since it is technically the name of his book we should be strict about its use. In turn, if we talk about "The Paleo Diet" then we're really talking about the guidance provided by Loren Cordain. The nutritional advice in the book is lengthy but at a high level can be summarised as, no grains, no legumes, no dairy, low fat, no sugar.

Since the books initial release was in 2002, the popularity of the Paleo Diet has risen exponentially, with many enjoying the associated health and body composition benefits it can provide. But with its adoption also came the accompanying scrutiny and this has led to much debate of how correct its guidance actually is. One of the first main critiques was that of the recommendation for eating low fat, especially low saturated fat (since up-to-date metabolic science suggests some fats are beneficial, especially some saturated fats). Cordain has since revised his recommendations on fat, amongst other areas, but the criticism has grown to focus on a much more fundamental question, is the whole premise of Paleo even accurate? Some anthropologists would argue that the interpretations made by Cordain and his peers are inaccurate and that he misunderstood how these hunter-gatherer populations lived, ate and what diseases they suffered from. And to take the criticism to its logical conclusion, the ultimate question would be whether it even matters what our ancestors ate, if modern man can still be healthy by eating new foods. 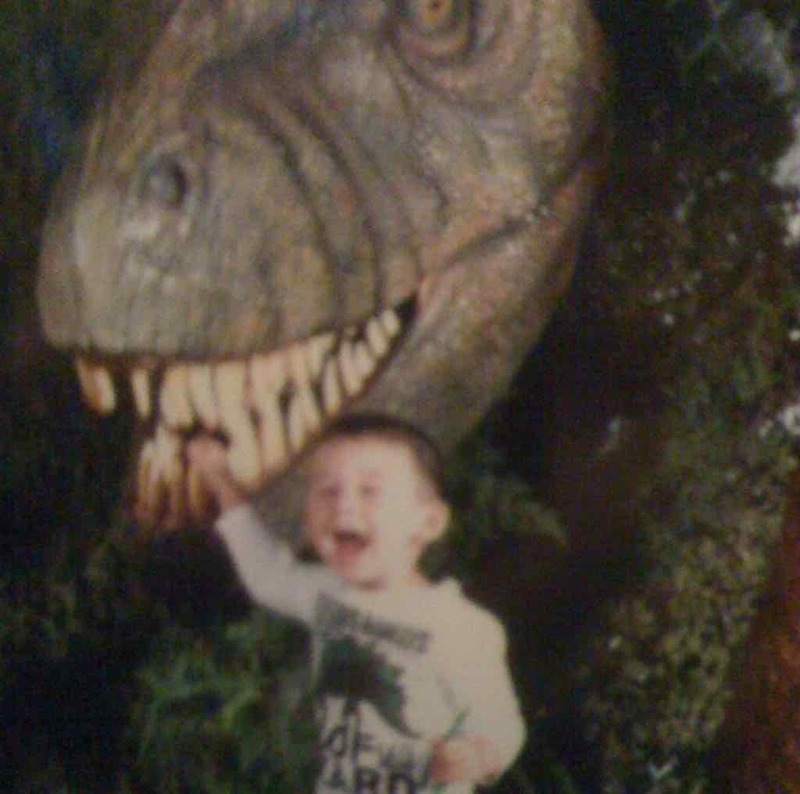 A young Roman Mitchell getting his Paleo concepts the wrong way round!!

Of those that initially follow the Paleo Diet there is usually a splitting of the followers into one of two communities, those that claim to follow strict Paleo, and those that follow a Paleo Template. Those looking for the comfort and control of a prescribed dietary regimen will turn to Cordains Paleo Diet and in doing so, will seek to understand the exact boundaries of what is black and what is white. What is good and what is bad. The classic question asked is, is it Paleo? Clearly a loaf of bread or a bag of peanuts would be classed as Not Paleo, but what about a pork sausage? Hunter-gatherers weren't big fans of the classic British banger, but if it's 100% pork then surely it's okay? This constant questioning of what is allowed, together with the questions, inaccuracies and fallacies within the Paleo Diet are a severe limitation for some, and cause many to look beyond the framework that has been prescribed.

The alternative to following Cordains diet is to view Paleo as a concept without strict definition, which technically would be true. No one owns the term Paleo and as such, it is being allowed to evolve as its followers see fit. This concept is generally seen as a framework of nutritional guidance based on what we are evolutionarily adapted to eating. That is to say the food we should eat is the food that is nutritious and in turn not detrimental to our health. This premise, therefore relies on a technical understanding of the nutritional content of food and not on anecdotal evidence or conclusions based on population samples. A simple yet misguided criticism of this evolutionary approach is the example of new foods that can still be healthy for us. Whilst most humans may not have specifically evolved to eat these items, such as olive oil or coconuts, their nutritional content can still be well suited to the modern beings we have evolved to become. Those that agree with this concept essentially follow a Paleo Template, using nutrient density/food quality as the basis of all dietary choices. For those outside of the Paleo-sphere looking in, they often see Paleo as being a strict regimen with black and white rules, but for most followers this is no longer the case. This does raise the question of whether the term Paleo is still a relevant title for this dietary approach. Some would argue that eating clean is a more appropriate description. But in the absence of any specific term for eating nutritious food, Paleo is used by many to describe the foundation of their diet.

Just let this sink in for a moment. Paleo is what our bodies want us to eat and probably a large proportion of what you're already eating now. Yes, we can create a specific regimen from a Paleo approach, but adopting a Paleo mindset equips us to be flexible and creative with our diets and use food as a tool to drive effective body composition transformations.

When you study the various books and websites on Paleo, be sure to read them within the context of the various understandings of Paleo and try to absorb the value that each may provide. Some resources will appear very anthropologically focused, others completely biologically based. Some authors are still strict Paleo purists, others could be described as being more enlightened and more open to tweaking and adopting non-Paleo foods where they provide specific benefit. Robb Wolf is seen as one of the most forward thinking of the Paleo leaders, having started as a disciple of Cordain, and now a very much template focused proponent. His page here is an excellent summary of what Paleo means to most: http://robbwolf.com/what-is-the-paleo-diet/

Whilst Wolf's page describes the Paleo approach well, it is worth analysing two key areas of Paleo. Starting with gluten, this is with rare exception a no for majority of Paleo followers. From a nutrient density perspective, gluten rich foods contain little beneficial nutrient mass, and a noteworthy level of negative components. In turn, these could be very much described as junk foods. So whilst the general population can live a normal life surviving off junk foods, people do not thrive upon them. For some, the gluten-free approach is seen as faddish and over-reactionary based on numbers of coeliac and intolerant people, but if we put those aside and simply focus on quality, other foods would be preferential and thus the concept of avoiding gluten becomes a moot one.

In contrast, consumption of dairy differs widely within the Paleo community. Dairy products contain a vast array of nutrients, many beneficial but some not so. Their growth promoting agents can be incredibly useful for some individuals, whilst some populations are highly intolerant to lactose. One of the biggest proponents of Paleo + dairy is John Welbourn, NFL veteran and creator of CrossFit Football. He was one of the first to really push the specific benefits of dairy within a Paleo template and in turn, has helped to break down some of the dogmatic rules of the Paleo Diet. For those that do embrace dairy, raw full-fat milk and hard cheese are often the most popular.

Returning to the original question of why we should care about Paleo, the fact you're reading this article on this particular website proves you certainly do care about what you eat and how you train, and I'll bet good money you're already eating a largely Paleo diet.

In recent weeks there has been a spout of serious Paleo-bashing, with the Tedx talk by Prof. Christina Warinner and the release of the Paleo fantasy book by Marlene Zuk. I can highly recommend reading the two responses below (which include links to the aforementioned Paleo critiques).

Carl Gottlieb is a nutritional consultant and dietary mentor, providing guidance on an individual basis. His followers receive tips and advice at http://www.facebook.com/CarlGottliebNutrition. 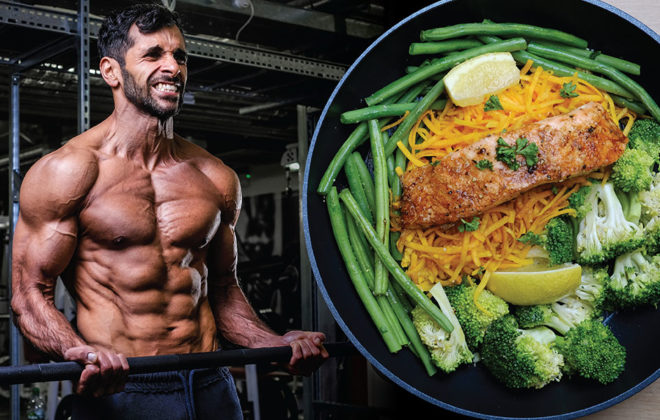 The Definitive Guide to the Pescatarian Diet 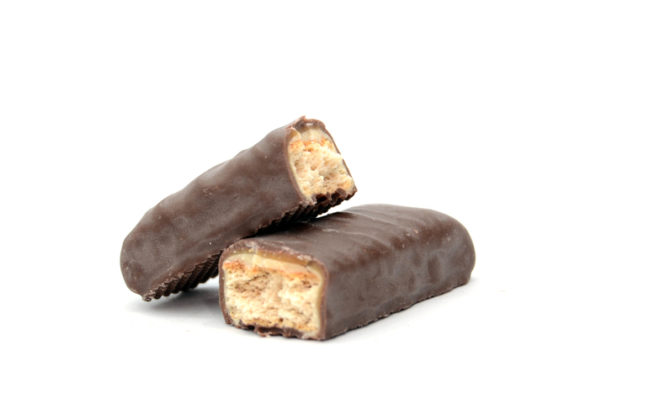 The Truth About Low-Carb Protein Bars 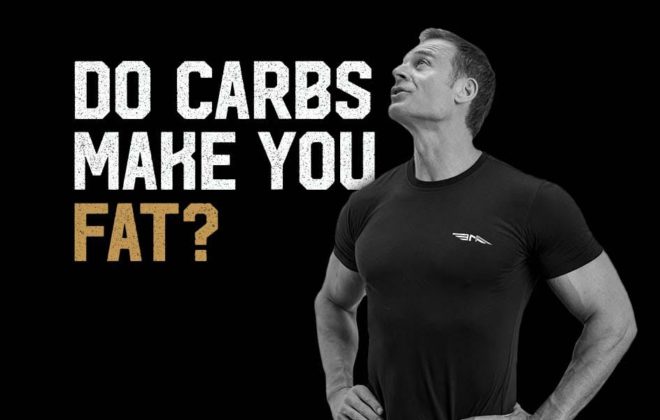 Do Carbs Make You Fat?