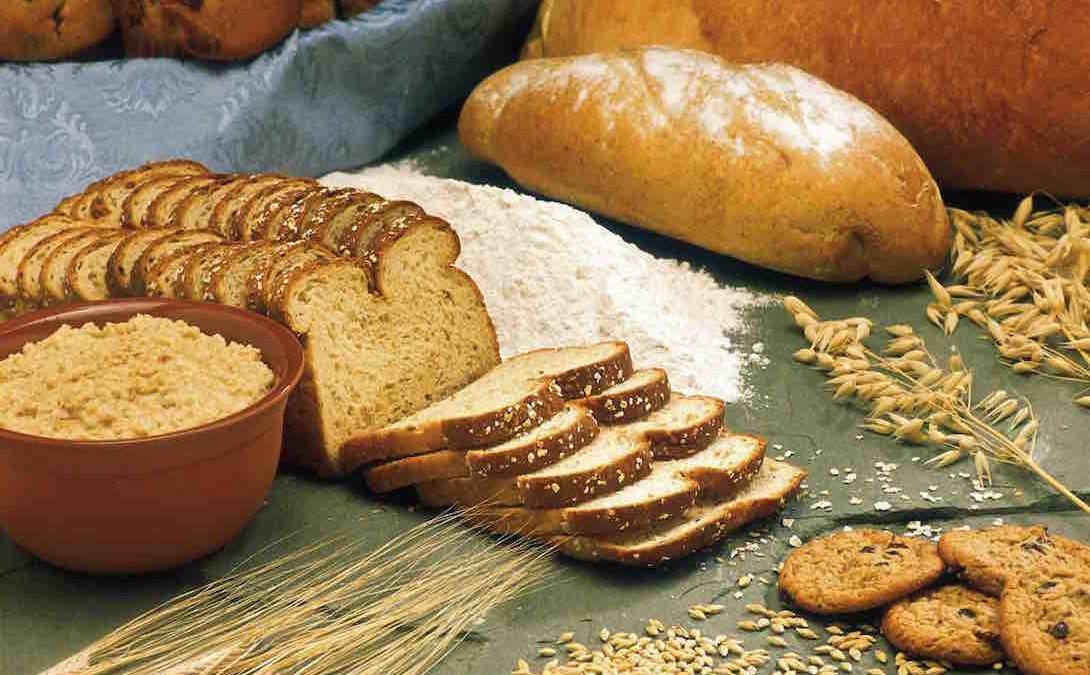 When to Introduce Carbs Back Into Your Diet

The subject of when to introduce carbs back into your diet is often a tricky one. I know that people want clear and defined answers but as always with the “artisan craft” that is body composition improvement (it is both a skill that needs to be learned and studied, but also something that requires experience and a feel that cannot simply be picked up from a textbook) there cannot be a one size fits all response. It is one of the countless reasons why I am not an endorser of standard meal plans and I recently made this comment on twitter that I think neatly encapsulates my own position:

“A sample meal plan is as valid as me giving you directions to the gym as if you were leaving from my house and not your own! #BeatTheBS

Caveats of individuality aside, there are of course some general guidelines and principles that underpin when I would advise someone to look to introduce carbs back into the diet and we will address those later on in this post. I do just want to take a quick time out however and remind you that introducing carbs back into the diet suggests a preceding period of ultra low carbs. I have no problem with some people dieting on ultra low carbs, we have had a lot of success with modifying this approach with countless UP personal training clients, but always remember that minimal carb intake doesn’t work for everyone, that most people feel a bit rough when they switch from running on carbs to running on protein and fat, and that you shouldn’t fall into the all too common dieter’s habit of dropping carbs and (good) fats at the same time. Doing that is setting yourself up for failure on a grand scale as the energy intake will fall too low, you will starve, find the diet impossible to follow, and almost certainly disrupt the hormones you require for the maintenance of a healthy metabolism.

One of our UP personal trainers asked me the following question:

“When introducing carbs back into your diet, would you increase carb meals from once per week first or carbs in the post workout? At which point do you introduce carbs in someone’s shake?”

As ever the answer depends upon the person, but for regular “non-physique competing” individuals we would introduce carbs back into your diet in one of two ways:

1. Post workout, either as vitargo/a banana or berries, if their workouts are very tough/higher volume and they are sleeping properly on lower carbs. The idea being to make them anabolic as quickly as possible post the (positively induced) catabolism of a workout. Or;

2. At supper time when my preferred option is a bowl of oatmeal/porridge (there’s nothing magical in porridge by the way, but it agrees with all but the most grain intolerant, and it is “substantial” and reasonably satiating, and that often helps people to achieve better quality sleep, especially following a period of lower carbohydrates and lower calories). If someone doesn’t like porridge they can have any complex carb that suits their digestion and eating habits the best – remember that compliance is King and regular people are not robots who want to suffer in the same way that stage/photo shoot preps sometimes get a buzz from. 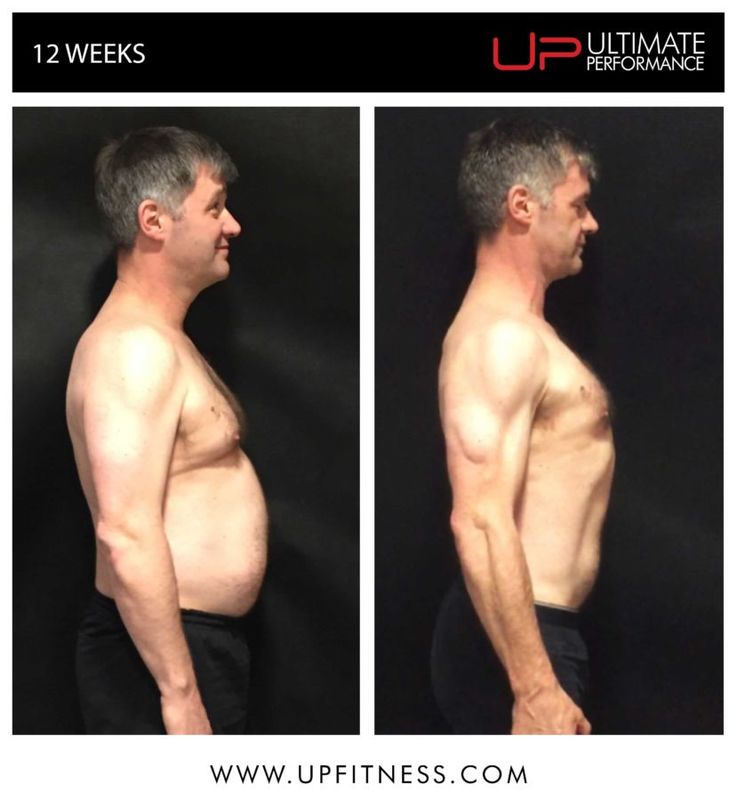 Knowing how and when to introduce carbs back into your diet is crucial if you want rapid and sustainable results (in just 12 weeks in this example) like this UP client!

As for the exact timing of when to introduce carbs back into your diet, I’ll give my usual frustrating response of “it depends”. I would always gauge it by gym performance (if everything else is on point and training focus drops, or there is too quick of a critical performance drop off, as sets progress), mood, physical results (how quick, how slow, are they stalled), sleep (we have a lot of stressed out personal training clients and putting a high cortisol producing person on very low carbs for too long will induce a serotonin crash that will make sleep a nightmare and have them hating life), and of course compliance. I sincerely believe that some people, take Glenn Parker for instance, who are not prone to mood swings in general and who seem to respond best to minimal carbs, can function really well, and look “better”, on 1-2 carb meals a week even when already very lean. But I also think that these are the rare exceptions IF lean. As you know, the more fat that someone carries, the more sparing I would be with them when introducing carbs.

What all that means is that some people should have a once a week carb meal when slowly reintroducing carbs back in the diet, and others should go straight into some form of carb cycling where anything from 50gms-1000gms of carbs a day could be given depending upon activity, goals, metabolism, state of glycogen depletion, and muscle mass.

Your final question about “at which point do you introduce carbs in someone’s post workout shake?” is also going to get an “it depends” response. If I could give you a general rule of thumb for so-called ordinary people (ie our regular clients who don’t carry 50lbs of added muscle mass and who are primarily concerned with enhanced fat loss) I’d say that I have almost entirely moved away from giving out carbs in the form of post workout carb powder. Given that most people will have a post-workout shake of 30-50gms of whey protein they are already going to benefit from an insulinogenic response. If we add a small amount of glycine (1-2gms even), plus nutrients that might help the adrenals post workout (1gm vitamin C, vitamin B complex, vitamin B5 (pantethine – that we should use more at UP as it is so good for what can loosely be termed “adrenal replenishment”, vitamin B6 (P5P/PLP or “Pyridoxal-phosphate“- that can also be used pre-workout as Joe Halstead showed me) we can mount an argument that immediate postworkout carbs can be avoided by most people. Which of course means that we can eat our carbs, get some “real food” inside us with all the attendant anti-oxidant/phytonutrient (if we opt for berries for example), and feel more like normal people!

How to Fight Christmas Cravings 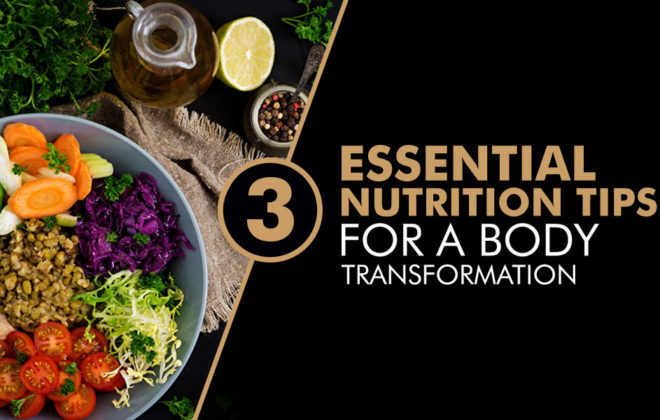 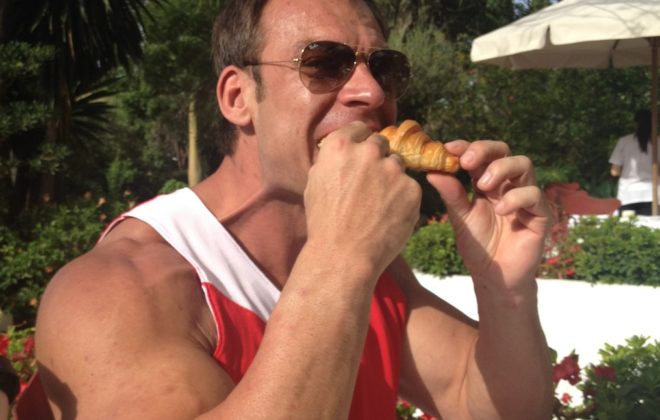 Nick Mitchell: Why If It Fits Your Macros (IIFYM) Is Rubbish