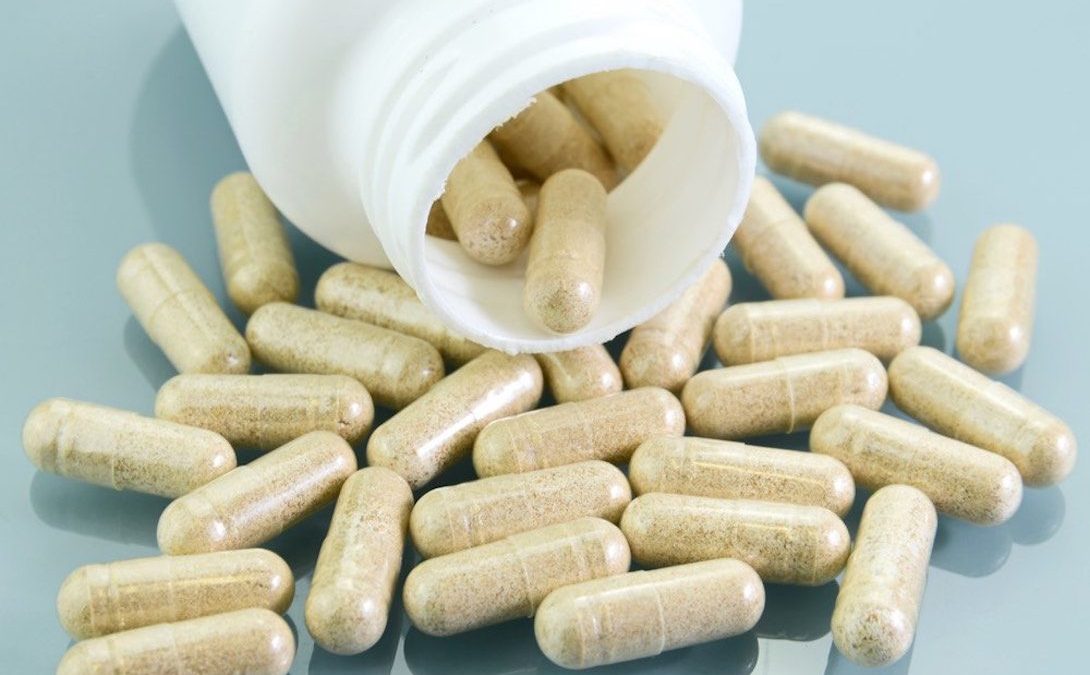 The following is an article on resveratrol supplements that was orginally published on the fantastic Charles Poliquin website:

Of Skinny Mice and Men: The Resveratrol Supplements Story
How to lose weight and live longer without getting drunk or starving yourself
by Charles Poliquin

One of the most popular health tips has been to drink a glass of wine daily, transforming what some would consider a transgression into a virtue that enriches your health. This mindset change came about because researchers found that in countries where wine is a regular part of the diets of the population, there is a lower level of cardiovascular disease. And there is some truth to this belief, which can be traced primarily to a nutrient called resveratrol.

Resveratrol is a compound that is technically called a phytochemical, which just means it is a compound found in plants. Resveratrol, which was discovered in 1939, ensures healthy plant development by protecting plants from fungi and bacteria. Japanese knotweed contains abundant amounts of the compound and has been used as a treatment for skin disorders in Asian medicine. Among the most common sources of resveratrol are red grapes, peanuts, pistachios, blueberries, cranberries, huckleberries, raspberries, lingonberries and mulberries. It can also be found in dark chocolate. So if you have a glass of red wine with your meals, as is often the custom in France, then you would be consuming a small amount of resveratrol.
Last November I invited renowned cardiovascular expert Dr. Mark Houston to speak at our Poliquin Strength Institute about how functional medicine can help resolve many cardiovascular problems, particularly hypertension. Resveratrol is a key supplement in many of Dr. Houston’s treatment protocols for cardiovascular conditions – a complex topic for another time) – and it turns out that resveratrol also has numerous positive effects on body composition.

The Longevity LinkTurns out that eating plenty is not conducive to living a long life. This makes me think about one of Arnold Schwarzenegger’s early movies, Stay Hungry, which earned the former Mr. Olympia a Golden Globe award. Anyway, the slogan “Stay Hungry” refers to the idea that to achieve success you should always “stay hungry” so you are never completely satisfied with your achievements. Not only can such an attitude improve the quality of your life by enabling you to achieve higher levels of success, it may also improve the quantity of your life, literally.

In the 1960s studies were performed on mice in which the number of calories they consumed was manipulated. Researchers found that mice placed on calorie-restricted diets lived longer than mice that were given normal-calorie diets. Yes, these are studies on mice and not humans, but using mice is practical because of their relatively short life span compared to humans (besides, it’s not exactly ethical or efficient to wait around to see how long it would take a group of human subjects to die using starvation diets). Also, using mice enables researchers to experiment with exceptionally high dosages of nutrients. For example, the amount of resveratrol given to the mice in these studies often would exceed the equivalent amount (for humans) found in more than 100 bottles of wine a day. 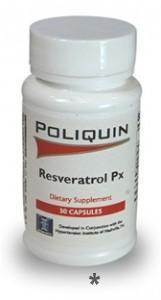 Resveratrol Supplements – not as tasty as good red wine, but a trifle more convenient and less intoxicating!

Researchers proposed that lower-calorie diets activate a gene called SIRT1, and the result is that the cells break down stored fat and energy levels are increased. But scientists eventually discovered that starvation diets are not the only way to turn on the SIRT1 gene. Resveratrol can also do it. Not only that, but resveratrol supplements have many other positive effects, especially relating to weight control. Here are ten of those benefits:

1. Raises Metabolism. Metabolism is basically the rate at which calories are burned in the body. One way to increase your metabolic rate is to increase your muscle mass – add a few pounds of muscle mass to your thighs and you can have another cup of rice. Resveratrol increases metabolism. One reason for this is that resveratrol contains antioxidants that increase metabolic efficiency.

2. Increases Energy. A higher metabolic rate is associated with increased energy, energy that you can channel into your workouts. In fact, Dr. Mike Stone, who co-authored the position paper on steroids for the National Strength and Conditioning Association, says that one of the benefits of steroids is that it enables athletes to work harder, resulting in increased gains in strength and muscle development. Although resveratrol won’t duplicate the “roid rage” the media associates with steroids, the energy boost from taking resveratrol may allow you to grind out a few more reps in those last heavy sets of squats and bench presses.

3. Suppresses Appetite. If you don’t overeat, you are unlikely to get fat. In fact, it has been generally accepted that one reason that many cigarette smokers gained weight when they quit is they started eating more to satisfy an oral fixation. In fact, cigarette smokers can get away with consuming more calories than non-smokers can because nicotine increases metabolism, making cigarettes the stimulant of choice for many professional dancers and elite figure skaters. One theory about why appetite suppression occurs from taking resveratrol is that the antioxidants in this nutrient activate receptors in the upper intestinal track to signal the brain that the appetite has been satisfied. Resveratrol also decreases cortisol, a hormone that increases appetite and is associated with stress, and it also helps ensure the release of the hormone leptin, which suppresses appetite.

4. Stabilizes Blood Sugar. It’s been said that breakfast is the most important meal of the day, and with good reason. What you eat during the first meal of the day can influence what you eat the rest of the day and how much you eat. If you have a lot of high-carbohydrate foods for breakfast – say processed orange juice and a stack of pancakes with the sticky goodness of maple syrup – you will have a dramatic rise in blood sugar and insulin secretion. However, the insulin stays in the system long after it has done its digestive work, and the result is a drop in blood sugar below normal levels – a “crash,” if you will. In an attempt to restore its normal blood sugar levels, the body will crave carbohydrates. Resveratrol helps prevent the crash associated with consuming high-carbohydrate meals, thereby reducing the temptation to binge or overeat.

5. Accelerates the Breakdown of Fat Stores. It appears that resveratrol helps break down stored fat. In a study from the University of Illinois at Urbana-Champaign and Massey University in New Zealand, rats not given extract of blueberries gained up to 10 percent more fat than those fed the blueberry extract. Could one infer from this study that resveratrol enables you to counter some of the ill effects of a poor diet? Possibly. Consider that the French have low rates of cardiovascular disease despite a cuisine that often emphasizes ingredients high in saturated fat such as butter, cheese and cream. In fact, this phenomenon has been labeled “The French Paradox,” thanks to a 1991 CBS 60 Minutes segment of the same name that investigated the eating habits of the French.

6. Improves Insulin Sensitivity and Carbohydrate Metabolism. Resveratrol optimizes how the body uses insulin, especially after the consumption of carbohydrates. Those with insulin sensitivity tend to produce exceptionally high levels of insulin after eating, and the consequence is that they will carry a higher percentage of fat in the abdominal area.

7. Reduces Inflammation. Inflammation is finally getting the attention of the medical community for its adverse effects on so many aspects of our health. Inflammation contributes to the development of insulin resistance, which interferes with the function of insulin and can result in increased fat storage. Resveratrol deals with this problem by inhibiting the molecules that are responsible for inflammation.

8. Increases Muscle Mass. By suppressing estrogen, resveratrol shifts the ratio of estrogen to testosterone, thereby improving the ability to build muscle mass. And the more muscle mass you have, the more calories your body burns both at rest and during physical activity. Often women athletes in power sports such as shot put and powerlifting and even bodybuilding find that it becomes easier to put on mass and build strength after having a child. This is not because having a child increases testosterone but that childbirth tends to decrease estrogen production. Resveratrol will help restore the estrogen-testosterone levels to a normal balance.

9. Suppresses Estrogen. American women have the highest levels of estrogen in the world, which contributes to many health problems. There are many reasons for these higher estrogen levels, such as the hormones given to cattle and the use of plastic water bottles. High estrogen levels also contribute to increased fat storage, especially in the legs.

10. Protects the Stomach Lining. To gain muscle and therefore increase your metabolism, your body needs to be able to efficiently absorb nutrients – the motto I subscribe to is “You’re not what you eat but what you assimilate.” One factor involved in the efficient absorption of food is the integrity of the stomach lining, but that integrity can be compromised by the actions of the Helicobacter pylori bacterium, which is the leading cause of stomach ulcers. In vitro studies (studies performed in an artificial environment) suggest that resveratrol inhibits the actions of this bacterium.

Although there are benefits from consuming wine and foods that contain resveratrol, the dosages from natural sources are relatively small – you would need to drink at least 1,000 bottles of red wine a day to duplicate the dosages given to mice in some resveratrol studies. Other considerations include the fact that alcohol should be avoided by women who are pregnant because alcohol can affect fetal development. Besides, many religious groups disapprove of the practice of drinking wine. Further, some people don’t like wine, or they find that it gives them headaches or causes a flushing effect that can be unpleasant. And yes, it can also make you drunk.

Resveratrol Px, available from the Poliquin Strength Institute, is a purified trans-resveratrol extract of the polygonum cuspidatum root that comes from Japanese knotweed.

Resveratrol Px was developed by renowned cardiovascular health expert Dr. Mark Houston in conjunction with the Hypertension Institute of Nashville. Dr. Houston says that the optimal dosage for humans is 250 mg. Houston found that this dosage works best when combined with 25 mg of quercetin and 25 mg of calcium magnesium phytate, which together, Houston says, “enhance the duration of action and increase SIRT activity.” As such, each Resveratrol Px capsule contains the following nutrients:
Trans-Resveratrol, 250 mgQuercetin, 25 mgCalcium magnesium phytate, 25 mg.
As research continues to surface about the positive effects of resveratrol, expect this product to become one of the most widely recommended supplements available. It may not be as fun as drinking a lot of wine, but taking one small capsule of this amazing nutrient every day is far better than going on a starvation diet.

This article can be found in it’s original from the Charles Poliquin website. 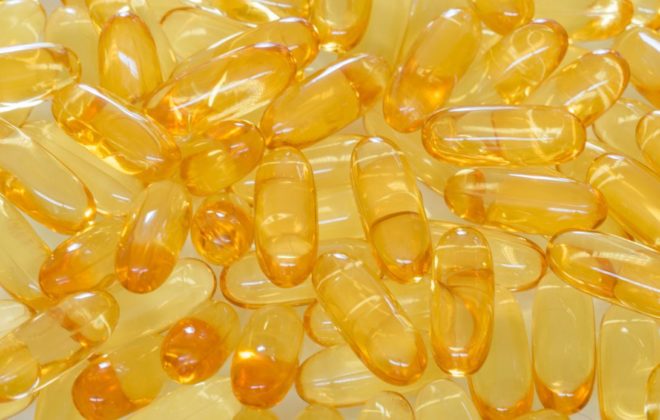 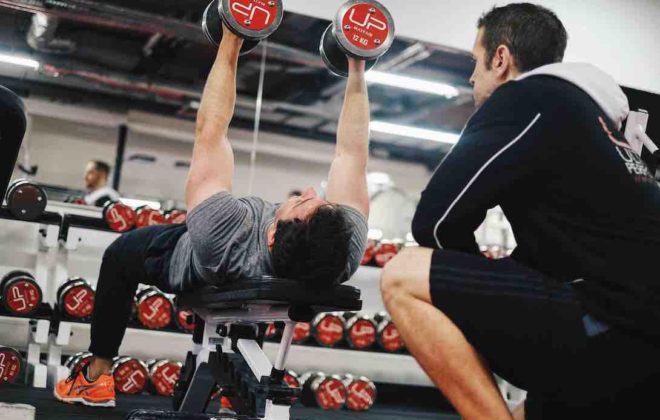 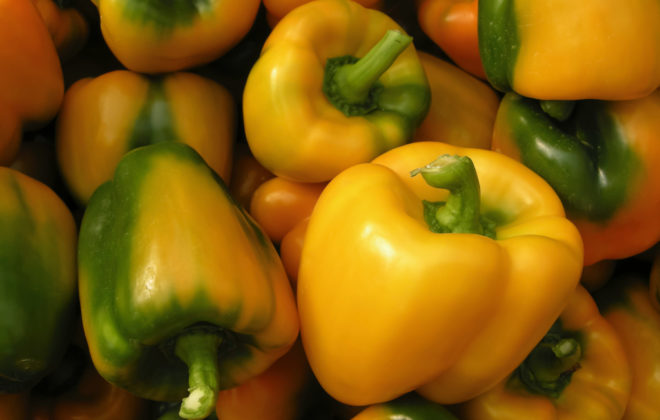