Home > Diet > Supplements > Blood Protein & Colostrum: What Your PT Should Tell You 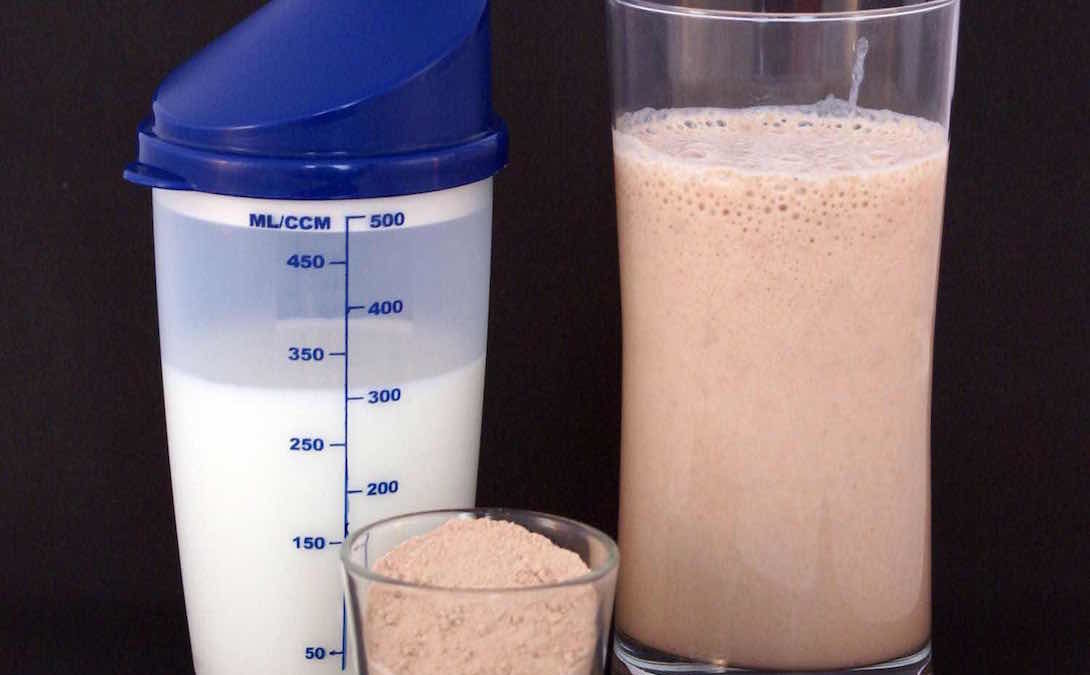 Blood Protein & Colostrum: What Your PT Should Tell You

I don’t like to make blanket statements, but sometimes habits are there to be broken. Protein is beneficial to all of you who are seeking to build muscle and support a healthy immune system (the latter is ALWAYS necessary for the former). Hardly earth shattering stuff I know, but sometimes it seems that people need reminding of us. If I may be forgiven one early digression, always take a look at the person offering you nutritional advice. I for one would never take nutritional advice from some of our celebrity British nutritionists, especially the one with the dubious “PhD” that she has had to stop claiming as her own, or from those well meaning but totally misguided proponents of the food pyramid, whose backsides always seem to leave the room at least 10 seconds later than the rest of them. Instead I bow down to the irrefutable wisdom of the Ancient Greeks, who classified protein as “prota”, meaning of primary importance.

To delve in detail into the subject of protein is a complex matter, one way beyond the remit of this simple article, so if any of you have a yearning to pursue things further I would highly recommend you read “The Protein Book” by Lyle McDonald which is surely the best tome of its kind on the market today. I have no interest in coming over all technical either and waxing lyrical about amino acids, fast acting proteins, or even Branched Chain Aminos. These are all subjects that are well covered on the internet and can be found with a tiny modicum of google work. Moreover, calculating daily protein requirements is generally so simple as to require just a few lines – for a dieting male shoot for 1.5 grams per pound of lean body weight, whereas for a man seeking to gain muscle mass that number should rise to at least 2 grams per pound. Some would argue with these numbers, but for the stellar results that I expect my clients to make these numbers never fail to deliver. Instead what I’d like to write about today are two of the lesser known proteins that we all can use in conjunction with our regular protein sources of meat, fish, eggs, and whey and casein protein powders.

Those of you with long memories may well recall that colostrum was once touted as the next big muscle growth supplement for bodybuilders back in the late 1980s. Like everything that seems too good to be true, it was, and the lack of quick miracle 21 inch biceps saw colostrum consigned to the dustbin of “has been” and “never was” food supplements.

However, colostrum suffered unduly from what I call David Beckham syndrome. It was built up and spun to ludicrous proportions so that the reality was inevitably a bit flat and weak, and belied more than a little talent. You also paid a premium for its talent as it is also horribly expensive and less useful in comparison to journeyman whey protein. Sure it wasn’t the best in the world, but it did have its uses.

Let’s take a momentary step back and see exactly what colostrum is. Specifically we are dealing here with bovine colostrum, the milk that a cow gives to her newborn calf. Just as with the human counterpart, this milk is incredibly rich in immunoglobulins, proteins that strengthen both the immune system and provide growth factors such as IGF1 and IGF 2 to nourish and feed the newborn (and possibly hungry, growing muscles). Given the black market interest from doped athletes in IGF1 for its role in the reproduction of cellular tissue, I hope that this has made you sit up and take a little interest.

Colostrum usually comes in powder form, not from an artifical (or real!) teat!

Well known nutritional and ergogenic aid expert Jose Antonio, PhD, conducted a study on colostrum at the University of Nebraska. Twenty grams administered daily over 8 weeks yielded no strength gains in weight training subjects over the placebo group, but the colostrum group gained an additional 3.3 pounds of lean mass. That is almost half a pound of muscle a week that can potentially be attributed to the growth factors found in colostrum. IGF-1 spurs the passage of nutrients into cells and – as its name (growth factor) suggests – can stimulate growth.

In another study completed at Finland’s University of Jyvaskyla, 19 adult male and female athletes consumed 20 grams of colostrum per day for two weeks, while 11 matched controls took in the same amount of a maltodextrin (simple carbohydrate) placebo. For the colostrum group only, blood concentrations of IGF-1 increased significantly over the two-week period, along with salivary levels of an important immunoglobulin called IgA.

Figures like this should make anyone interested in gaining some quality muscle sit up and take heed. What is noteworthy is that bovine IGF-1 has the same basic structure as human IGF-1, and thus it is possible that the IGF-1 in bovine colostrum might be considered a serious ergogenic aid that can boost energy levels within muscles, kick-start protein synthesis, and aid recovery after strenuous workouts.

There is also sound evidence to suggest that IGF-1, when present in the gut, stimulates increased absorption of nutrients from the small intestine, leading to informed speculation that colostrum-fed athletes might have enjoyed higher muscle glycogen levels. This, as anyone with even a rudimentary understanding of sports nutrition appreciates, will lead to a vastly improved in the gym or “on the field” performance, especially in so-called “power sports” where glycogen is the primary energy fuel.

My advice is very simple – add 10 – 20 grams of colostrum to your morning breakfast shake and note any performance differences over the ensuing month. This is a protocol we regularly use with considerable success for our athletes, especially in-season when fatigue and overtraining most frequently set in.

As useful as colostrum may be, an even more interesting option is relatively new Poliquin Performance product known as Blood Protein (editor's note: this product is now called Immune Supreme). The name may be slightly off putting but it only contains a fraction of beef blood, and the fact that it contains no somatic cells eliminates any concern of the risk of BSE contamination.

Made from whey, colostrum, and the aforementioned bovine serum delivers 5,000 mg of bioactive immunoglobulins, which is equivalent to what the body produces daily to coat and protect your intestinal tract. These active immunoglobulins bind to toxins, bacteria and viruses before they have a chance to enter the mucosal lining and trigger the immune system. This means that it contains 3 times the total immunoglobulins and growth factors of colostrum, so everything that we have said of colostrum can apply threefold to Blood Protein. Certainly it is a fantastic tool for boosting the immune system and one that can be applied to not just muscle building purposes, but also treating various immune deficiencies such as IBS and asthma.

We have found that the best way to take this is 5-15 grams immediately upon awakening. This provides a much needed boost for the immune system after the overnight fast as well as stimulating the “focus and clarity” neurotransmitter dopamine to set you for a sharp and productive day ahead.

It is never good to stick with one food source. Too many of us eat an incredibly limited variety of foods and this can cause allergic reactions that eventually stress the body out, impair performance and leave us run down and susceptible to illness. Variety is the key, and this even applies with the consumption of such esoteric products as protein powder. Give colostrum or Blood Protein a try for a month and if you change no other variable you can expect discernible improvements in both your gym performance and overall sense of vigour and well-being. 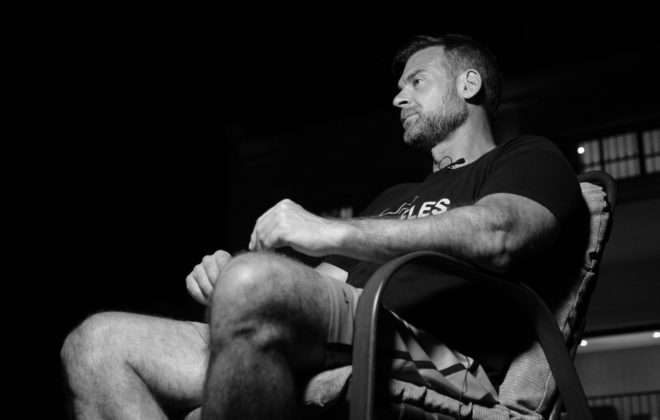 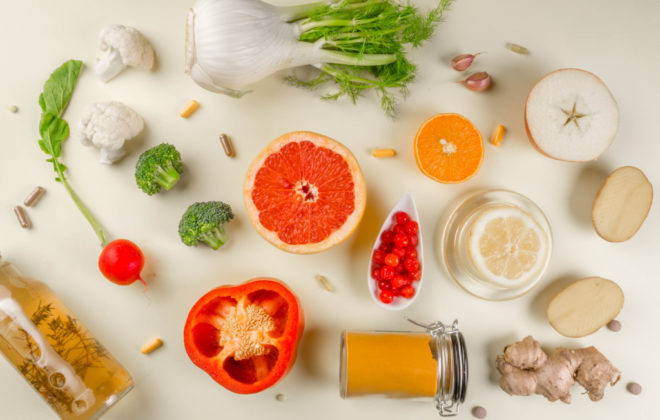 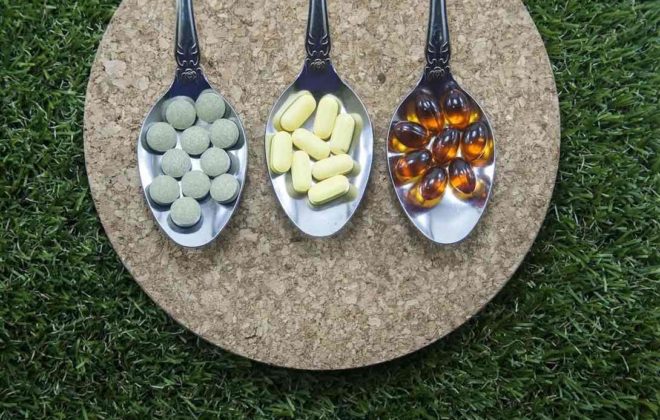