Home > Bodybuilding > Training > How & Why You Should Train With Chains 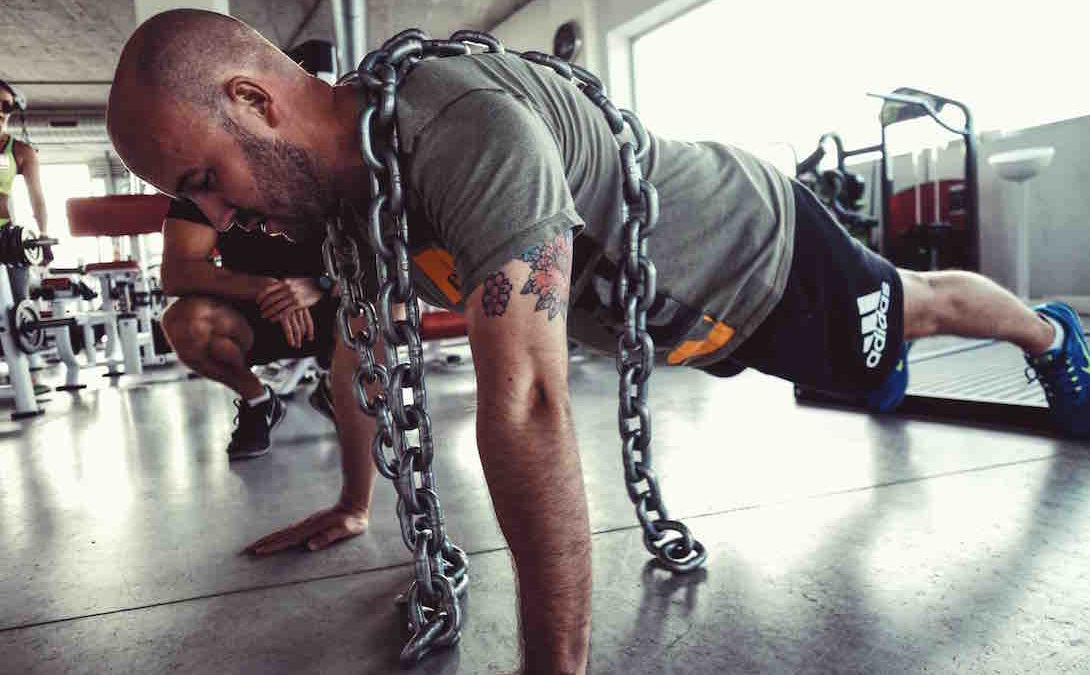 How & Why You Should Train With Chains

This is the original version of an article that Nick was asked to write for the May 2010 edition of Men’s Health magazine.

Let me break this to you gently, science needs to catch up with the reality of real world gym training and physique improvement.  Those of us in the trenches know what works, and are often so far ahead of the curve that the “scientists” end up looking like Neanderthals in comparison.  One of the most significant advancements in strength training is the principle of “accommodating resistance” and it’s use of chains as a tool to smash through plateaus and increase intra muscular tension to new levels that were previously impossible without the use of fancy, and very hard to find, machines.  Looking into the studies of the use of chains we learn that the Journal of Strength and Conditioning Research found people who trained with chains increased their benching by 3%.  Now although this might be a useful step forward for the percentage points improvements needed by elite athletes, it’s hardly going to set your workouts on fire in the local gym.  In fact 3% is pretty pathetic and is usually a gain that can be expected with simple modifications in lifting technique, or marginally improved nutrition.  The scientists need to stick to their books and stop training pencil necks, as done properly I expect a first six week macro-cycle using chains to improve an advanced trainee’s bench press by anything from 15-25%.  And that’s enough to turn a semi respectable 250lb bench into 300lb plus effort that marks its owner out as a serious lifter.  It is one of the principles that has allowed my small London personal training gym to produce 3 current contenders already qualified for the heavyweight class of the 2010 British bodybuilding championships and a 24 year old natural powerlifter who can already lift triple his bodyweight in the squat and deadlift, and twice his bodyweight in bench press.

Accommodating Resistance and the Strength Curve

By attaching a set of chains (see “how to set them up”) to a barbell we derive the benefit most often described as “accommodating resistance”. Zatsiorsiky defines accommodating resistance as using special means to accommodate resistance throughout the entire range of motion rather than a specific point. Because of leverage issues and the velocity of movement, the force of any movement is less at certain joint angles. For example, in the barbell squat you may be able to quarter squat 400 pounds while you can only full squat 250.

The point of using chains is to help you overcome an exercise’s sticking point & improve the natural strength curve. Simply put, chains should be set up so that when you are at the weakest point of the lift, most of the heavy chain is lying on the ground. This makes the weight on the bar lighter when leverage is at it’s poorest. Using the bench press as an example, most trainees are weakest a couple of inches or so off their chest and this bottom part of the movement (Elliot et al, 1989) is where the chains are still only minimally brought into play.  The higher the bar ascends, the more chains are off the floor and the heavier the weight becomes.  Thus flattening the strength curve and providing what we call accommodating resistance.

Why is this a good thing?

In order to grow big and strong one thing should be paramount in your mind – creating maximum muscular tension by firing as many high threshold motor units as possible. We do this by exploding on the concentric (raising) part of any exercise movement, attempting to move the bar as quickly as possible.  Keeping with our bench press example you should literally be trying to blast that bar through the ceiling above you.  Note that I write “trying”, if you pick the correct load then of course you aren’t going to be throwing it up anywhere too high.  Both Behm and Sale (1993) and Charles Poliquin (Modern Principles of Strength Training, 1991) have found that intent to move as quickly as possible, and not actual velocity, is all that is required. In simple terms what this means to you in the gym is that you stimulate the muscle fibres most capable of growing and getting stronger by pushing the weight as quickly as possible throughout the entire duration of the concentric contraction.
Given that chains make for a flatter strength curve, and therefore a harder movement at the top of the curve, you are therefore forced to explode quicker and push harder, for longer, than before.  If the penny has dropped here, you will now appreciate why the likes of the great Arthur Jones of the original, and once spectacular, Nautilus fame, attached chains to the earliest prototypes of his machines.

Chains also decrease deceleration at the top of the strength curve so the movements are more like the movements in sports and allow you to work at close to maximum power output throughout the entire range of motion.  Take a moment to think about the implications for punching / hand off power in martial arts / rugby.
A study performed by legendary strength scientist Mel Siff set out to “compare the effectiveness of combined method (band / chains and weights) and free weight training.” (Supertraining, 2003).  The results were clear:
1. Greater mean and peak forces were generated throughout the movement
2. The stronger eccentric loading and brief transition period provided neuromuscular stimulation similar to that found in Plyometric training
3. The force generated during the later stages increased, in strong contrast to that of a normal movement in which force production tends to decrease significantly.”

How To Incorporate Chains Into Your Workout

There are a few rules of thumb that must be adhered to when seeking to incorporate the advantages of chains into your workouts:

1) Have a training age of at least 18 months.  Until you have reached a certain level of strength and development it is always better to save the most advanced techniques until you have hit a sticking point and need a new boost. Any good personal trainer should be able to show you multiple training modalities to keep progress on track for several years in succession.
2) The use of chains can be extremely demanding on the nervous system and is best cycled in an every other workout fashion for those with a training age of under 3 years, and 2 workouts in 3 for even the most experienced trainee.
3) Tempo is paramount.  None of this dropping the weight BS, or ludicrous super slow positive contraction malarky.  Remember that eccentrics (lowering the weight) fire only half the muscle fibres of a concentric contraction, but they do so twice as hard – this is why eccentric work makes you sore and is so important to getting the most out of your workouts.  A 4 second eccentric is always a good rule of thumb.  And you MUST explode and keep pushing hard throughout the entire duration of the movement due to the nature of the accommodating resistance.
4) The use of chains is very effective in increasing strength in the extensors only (squat, deadlift, bench press). Flexors on the other hand (preacher curls, chin-ups), respond well to pauses to create tension and chains are not really needed.

Chains lend themselves so well to improving the bench press, lets take a look at a way to incorporate chains into a 30 day bench press specialisation routine. Obviously there are many assistance lifts that can and should be included in certain circumstances, so for the sake of brevity we are looking here solely at the bench press component, and using it as an illustration of how best to use chains and the principle of accommodating resistance.

The key to being powerful in any movement, including those performed on the athletic track and playing field, is to be strong throughout the entire strength curve.  So the best way to improve your bench press is to alternate workouts between partial and full ranges of motion.  We will also cycle reps moving in 2 phases of volume (total repetitions) into intensity (closer to your 1 repetition maximum lift).

Train your chest once every 5 days, ideally pairing it with biceps, and make sure on triceps day that you only do elbow extension work as opposed to compound movements such as dips and close grip bench press.  I have thrown in a small amount of extra chest work at the beginning of the cycle but as you ramp up the intensity this will become a negative to improving your bench press strength and needs to be dropped.

How To Set Up Your Chains

A five foot 1/4 inch chain acts as the support chain and is suspended from the barbell sleeves before adding any weight plates. A metal ring is suspended in the 1/4 inch support chain and the heavier training chains will pass through the metal rings so one half of the chain falls on each side of the ring. Set the support chain so three links on each side of the training chain are on the floor at the top of the lift. You need to keep a certain amount of chain on the floor to avoid the chains swaying back and forth throughout the movement.
Note that if you were to attach the training chain to the bar sleeve without the support chain you will get very little deload because most of the chain will remain off the floor, defeating the purpose of using chains in the first place!

Nick Mitchell is a personal trainer and strength, conditioning, and nutritional coach who specialises in body composition and reprogramming for fat loss and muscle gain.  His personal training clients run the gamut from Victoria’s Secret models to professional bodybuilders, and he is known for his success in rapidly transforming a body in as little as 4 weeks.  He is the head coach and MD of Ultimate Performance (www.UPFitness.co.uk), one of the UK’s leading personal training companies. 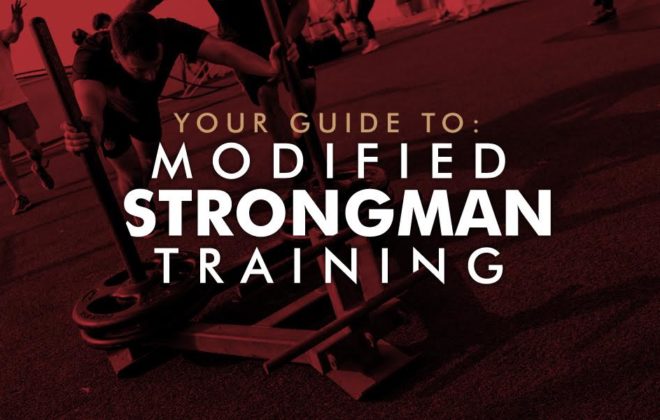 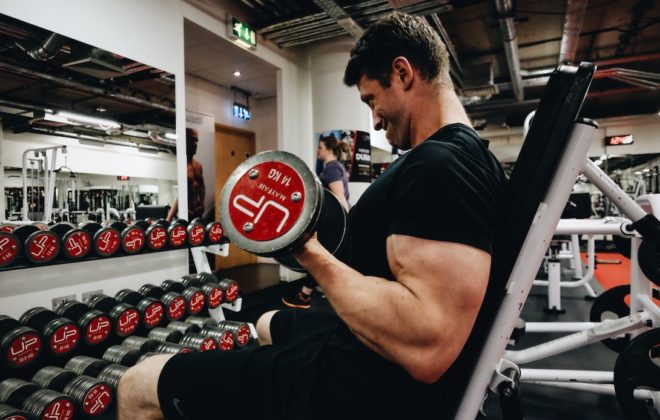 The Many Benefits of the Power Clean 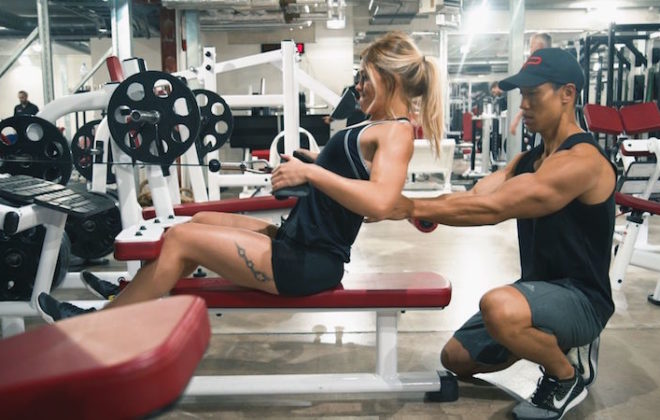 7 Things to Look for in the Perfect Training Partner