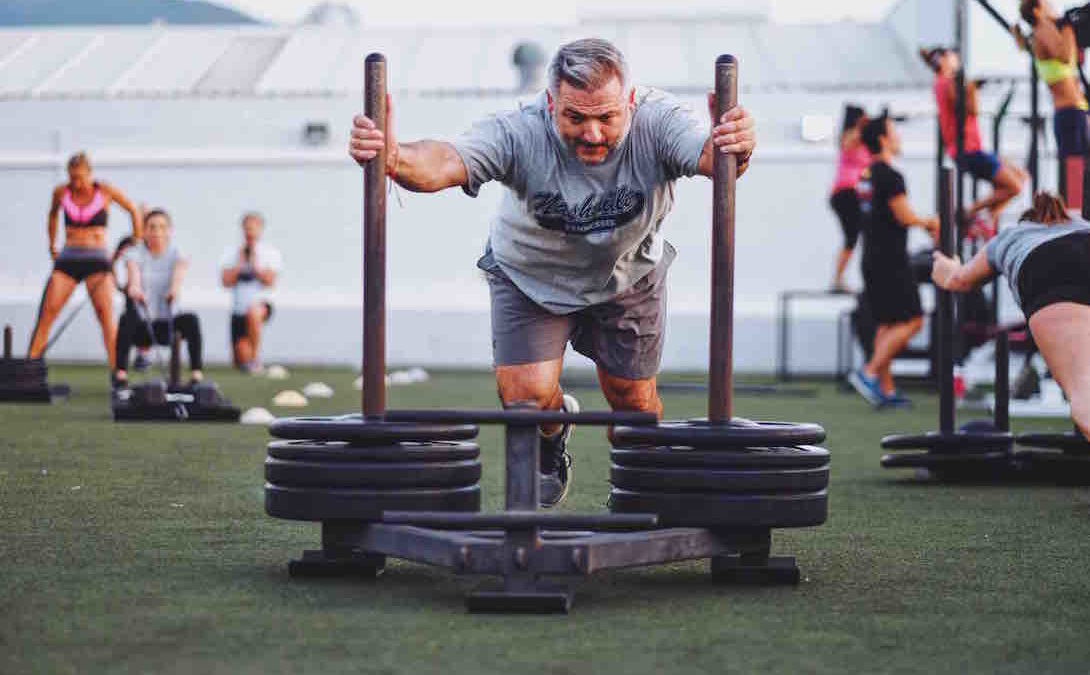 The plateau effect occurs in strength training when one can no longer see improvements in their training intensity (as defined by "weight lifted”) or volume.

The body cannot adapt to the attempted progression in overload, and as a result, strength stagnates, and improvements in performance and aesthetics cease to occur.

From the elite lifter to the novice fitness enthusiast, a plateau can be both frustrating and de-motivating.

If we are not progressively overloading the muscles with weight, reps, sets or rest manipulation, then it can be very hard to elicit any kind of response from the targeted muscles.

I will discuss some of the methods used to overcome these barriers in strength training and how we help our personal training clients achieve almost constant progression in their training goals.

So whether your goal is to hit that elusive “5 plate a side” bench press or simply squat the equivalent of your own bodyweight, the following are some of my favourite techniques for making the once impossible a distinct reality.

This type of strength training technique utilises the strength benefits of isometrics at a particular joint-angle.

The angle chosen will mirror the particular range of movement a lifter is struggling with, also known more commonly as the “sticking point”.

Through the use of a power rack, pins are set at the bottom of the range of movement, and at the particular point, the lifter begins to fail.

The lifter will then perform the concentric (raising) component in a dynamic (quick and forceful) manner until contact is made with the upper pin. At this point, the lifter continues to press as hard as possible against the pin resulting in an isometric (or static) contraction for 5 -7 seconds.

Position the bench inside cage; the first set of safety bars should be set just below shoulder level.

When performing warm-up sets, we will use a full range of movement, working from a moderate intensity up to submaximal with a low rep range to conserve energy.

For the working sets we will set the second set of pins at 8 inches, then 10 inches and so forth to work all ranges of the complete movement.

Working sets should be performed at an intensity level somewhere around 70%; this is to facilitate correct time under tension (TUT) in the isometric hold.

TUT should not surpass 20 seconds total, and isometric holds should total 5 seconds in length on each of the 3 reps.

An example of the correct intensity level would be the completion of at least the first 2 working sets with a possible drop off of one or 2 reps towards the last set.

Therefore, stronger individuals with a higher proportion of fast twitch fibres could use weights up to the 80% range.

Muscle has the ability during high-intensity action to regenerate a chemical compound known as phosphocreatine.  It can do this via a brief pause in activity which causes the replenishment of some of this compound along with some flushing of lactic acid.

In response, the muscle can generate a greater force, and thus the lifter can push out that all-important extra rep.

It is generally used during low rep set systems such as cluster training, but can also be used in hypertrophy phases as a means of taking that muscle beyond failure.

Rest/Pause can be used either by actually racking the weight and taking an intra-set rest as long as 15 seconds or in a briefer system at the end of the set for 3-5 seconds.

One of the more common and very effective uses of the rest/pause technique is Cluster Training.

Using a classic 5 X 5 set/rep scheme, one works off an intensity level as close to 90% as possible.

Leading strength and conditioning coaches will advise working off a minimum of 87%, and for the more advanced lifter, this certainly holds true.

However, for those first attempting clusters, one could be forgiven for going down to 80-85%, for the sole reason of making sure you complete all 5 sets.

I have chosen to use the back squat as my example, and we will use a monolift as our choice of apparatus.

The monolift is a great tool for such training as it allows the lifter to rack and unrack weight in the fastest possible time whilst conserving maximum energy.

Using a 4010 tempo, the lifter will perform one rep, on completion the spotter will bring hooks in line with bar and squatter will drop bar into rack. At this point, the lifter has 10-15seconds to recuperate and set up for the next rep. The lifter should have the bar in position on upper back and be free of the monolift and ready to squat immediately prior to the 15-second mark. The next rep is performed, and the process is repeated until all 5 reps are complete.

If you don't have access to a monolith, you can still use this technique with a regular squat rack. 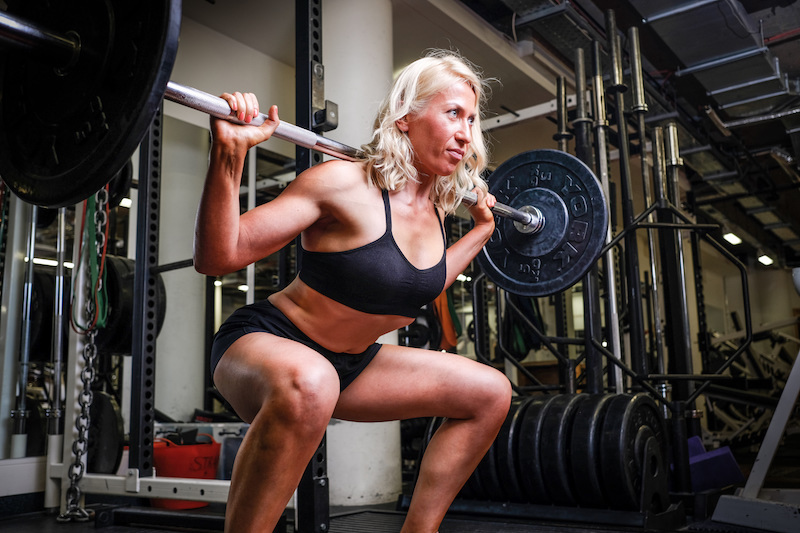 Negative training involves specific concentration on the eccentric (lowering of the weight) component of a particular lift.

The eccentric component is the active lengthening of a muscle resulting in a controlled lowering of the weight.  It is theorised that by using more weight in the negative portion of the lift greater increases in strength can be achieved.

Weights used are based on an individual’s one-rep max and range from 105–140%.

In my experience people generally work with a weight around 125%. It is essential when performing this type of training to have spotters.

The spotters are used to assist the lifter in the concentric component, and then carefully monitor the unassisted controlled lowering of the weight.

By allowing a lifter to experience weights above and beyond their one-rep max, a new found confidence is experienced when one returns to a weight slightly above their existing one-rep max.

Like the rest/pause technique, rep ranges of sub 5 are generally used.

Be warned, it’s always advisable to work with experienced personal trainers or training partners when overloading the negative contraction.

Taking the Bench press as our example, one must stress the importance of preparation when attempting to perform negatives.

A warm-up goes without saying in any type of exercise, and even more so when dealing with relative strength protocols.

However, extra care must be taken when the lifter is planning to use intensity levels above and beyond their maximal.

In this sample workout, the lifter will progress through a series of 5-8 sets (depending on the lifter's MF predisposition) until they reach just below the one-rep max.

At this point, the lifter will then perform 2 sets of negatives at approx 125% using a tempo of 50X0.

It is important that the lifter stops just prior to hitting the one-rep max before performing negative sets.

This, in my experience, is due to certain lifters hitting critical drop-off point very abruptly when using such maximal intensity ranges. 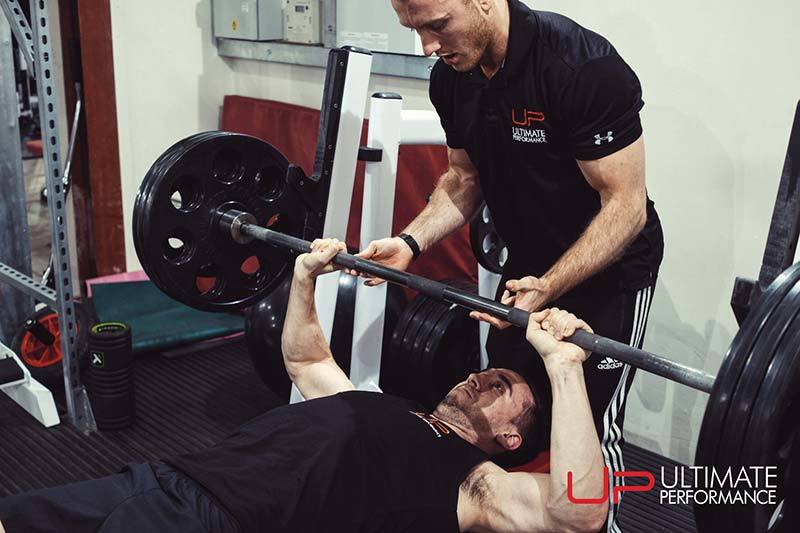 The use of such equipment is designed to develop maximal tension throughout the range of movement.

Known as accommodating resistance, chains cause increases in resistance at the joint configurations where you are strongest and lower resistance at weaker positions.

In the case of the chains, one can attach chains to either side of the barbell, so that during the negative the amount of chain off the floor decreases causing a reduction in total weight.

Once the lifter starts the concentric component, the weight will increase gradually as more of the chain lifts off the floor. Chains can also help with strengthening your stabilisers due to the swing involved while lifting.

Rep ranges can vary depending on the goal. Submaximal one-rep maxes can be used, and the addition of chains can make the lifter experience a possible new PB at the top of the movement followed by a previous manageable weight at the bottom.

In this sample workout, we will use the example of a lifter performing bench press who has a one-rep max of 140kg.

This will allow the lifter to gradually progress through each set with good use of strength velocity, enabling them to eventually attempt a new PB around the seventh or eighth set.

You will note that a range of reps is given for the seventh and eighth set. This is due to the lifter now experiencing a weight previously not lifted so even to perform a single is an improvement/break in the current plateau.

The techniques outlined will all work when used in the right training system.

However, the usual principles of general strength training periodisation will always remain.

You must carefully plan your approach to breaking that existing plateau.

As the saying goes, 'everything works, but only for a limited period of time.' Therefore one must make use of a carefully-planned periodisation spanning both strength and hypertrophy.

This will allow the individual to access those all-important fast twitch fibres through the various methods of max effort training.

And then increase the size of those muscle fibres through the use of repeated effort training. By switching back and forth between these modalities that goal of both increased strength and muscle mass will be achieved. 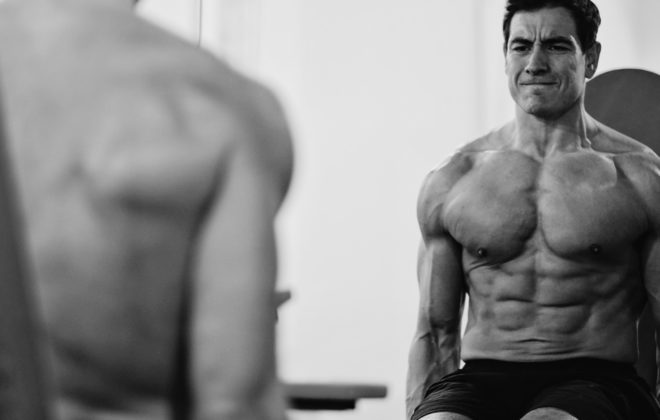 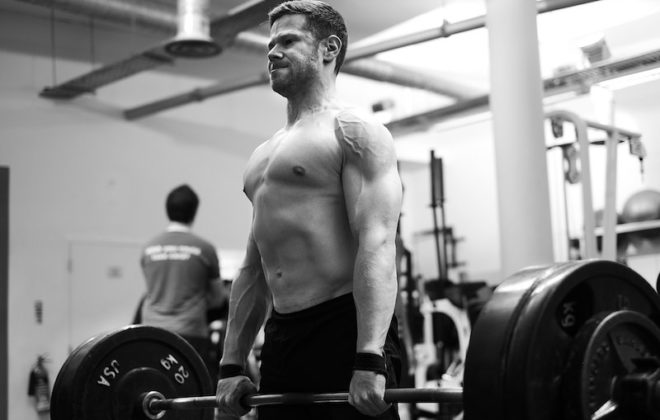 12 Ways To Improve Your Deadlift

Forget your penis at the gym! Remember your vagina…